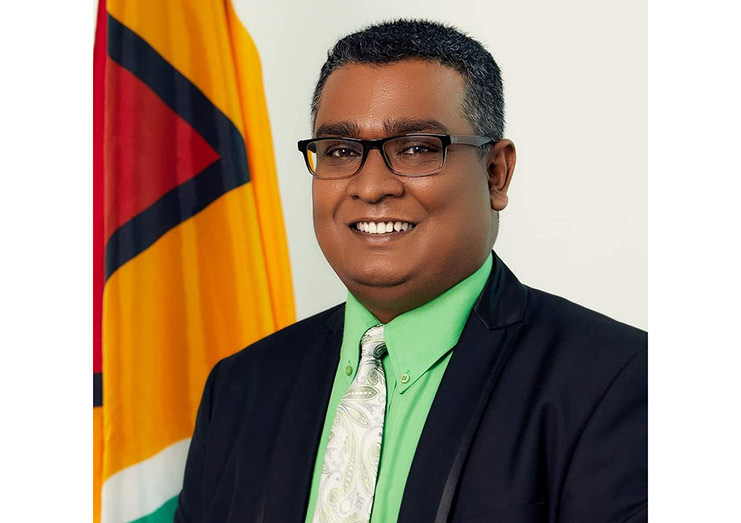 A Partnership for National Unity + Alliance For Change (APNU+AFC) Member of Parliament, Ganesh Mahipaul, on Wednesday, objected to the demands made by the Ministry of Local Government and Regional Development for the submission of monthly reports by country’s municipalities.

In a letter to the municipal organs, the Local Government Ministry instructed that it be provided with a monthly status report on all projects within the municipalities, a monthly financial report, monthly minutes of statutory and special meetings and accountability framework reports.

Mahipaul, in a statement, said the new reporting requiring borders on interference and is another attempt by the Minister of Local Government, Nigel Dharamlall to micromanage the affairs of his ministry. “The Ministry is already guilty of interfering in the spending of subvention monies approved by the National Assembly,” MP Mahipaul said.

The Opposition MP said already for 2021, Ministry is refusing to facilitate the subvention programme approved by the elected councils. He said it is now instructing the councils on projects they should undertake with the finances.
“This is a full blown PPP control freakism and dictatorship. It has no place in a democracy. Local government is an important pillar in the governance architecture and the national development matrix. Article 12 of the Constitution firmly entrenches the system of local government as an integral part of the democratic organisation of the State,” MP Mahipaul said.

He is therefore calling on the Minister of Local Government to respect the Constitution of the Co-operative Republic of Guyana and more-so the will of the electorate.

“The Ministry needs to facilitate the subvention programmes of the Local Democratic Organs and provide guidance where necessary in the accounting procedures. I believe strongly, should Ministers Dharamlall and Anand Persaud focus on policies rather than micromanagement and being dictators, our system would improve. Permanent Secretary Prema Roopnarine should also focus on managing the Ministry and stop getting involved in the politics,” he opined.

Thu May 13 , 2021
Support Village Voice News With a Donation of Your Choice. The Ministry of Health (MOH) has temporarily suspended the latest batch of students to be accepted at the Charles Rosa School of Nursing in Region 10, Upper Demerara/Berbice due to an excess of registered nurses in the Region. This is according to a recent statement made by MOH after the […]