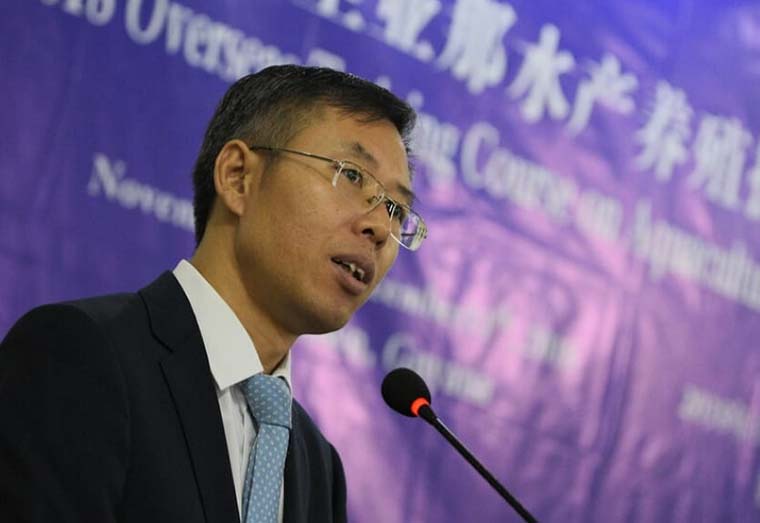 By Chen Xilai, Chargé d’affaires of the Chinese Embassy

Ending poverty in all its forms is the first of the 17 Sustainable Development Goals (SDGs) of the 2030 Agenda for Sustainable Development. On February 25, 2021, Chinese President Xi Jinping declared that China had secured a comprehensive victory in the fight against poverty, with 98.99 million people in rural areas who lived below the current poverty line have all shook off poverty, which is an outstanding and historic achievement in the Chinese history and even the human history. On April 6, China’s State Council Information Office released a white paper titled “Poverty Alleviation: China’s Experience and Contribution”, fully introducing how the Communist Party of China united and led the people across the country to alleviate poverty and improve people’s lives over the past decades.

No one shall be left behind
As the ancient Chinese philosopher Guanzi said, “the key to governance of a country is to improve its people’s lives.” The CPC has been staying true to its original aspiration and founding mission of seeking happiness for the Chinese people and rejuvenation for the Chinese nation. It keeps emphasizing that it is essential to raise rural living standards and particularly those of impoverished villagers, and no single poor region or single poor person should be left behind. In the campaign against poverty, millions of poverty relief officials were selected nationwide and dispatched to the front line of the poor villages. They lived and worked together with the villagers for years, trying to help the poor families get rich. Mao Xianglin, the CPC secretary of Xiazhuang, a remote village of Chongqing, Southwest China, spent 7 years leading all villagers to dig a path road from the cliff along the mountains and connecting Xiazhuang to the outside world.

China did not use the revenue of a household as the only threshold of poverty, but also take several comprehensive multidimensional indicators into consideration. Many impoverished households said goodbye to untreated water and can drink clean water now, and left the mud thatched cottages for the bright and spacious brick houses.

Eradicating poverty through development
Development is the most effective way to eradicate poverty. China mobilized support for poverty alleviation from various sectors including government authorities, state-owned and private companies and civil societies, stimulated the impoverished areas by “teaching people how to fish” instead of “giving people fish”. In Suixi, Anhui, Southeast China, the governmental resident working team of poverty alleviation helped the villagers to build greenhouses for succulent plants as a revenue generating program. Participants not only enjoyed rent reduction and tax incentives, improved their planting technologies through training, but also received over 30,000 RMB income via live streaming sales organized by the county government.

Poverty alleviation requires a change of attitude and the support of education. The real experiences of escaping from poverty into wealth have inspired many poor people to be self-motivated to combat poverty. Hundreds of Taobao Villages emerged in Zhejiang Province are extraordinary examples. Lu Lin, a villager from Beishan who suffers from muscle atrophy disease and has been unable to walk since he was a child, once lost confidence in life. However, after he was trained to open an online store selling outdoor equipment, he can support both himself and his mother. Behind his unprecedented achievement, the local government has been assiduous in providing better infrastructure and friendly business environment so that people can find more and more channels to become self-resilient and prosperous.

Besides committing to eradicate poverty domestically, China has taken an active part in global poverty management and worked with other countries to build a global community of shared future that is free from poverty and pursues common prosperity. According to a World Bank study, the “Belt and Road” initiative will help 7.6 million people out of extreme poverty and 32 million out of moderate poverty in the related countries. China has also been actively sharing its experience on poverty reduction with the world. Farmers from Honghe Hani rice terraces in Yunan Province taught the visiting representatives from Indonesia, Laos, and others, hand in hand about the co-farming model of rice and fish. The 24 agricultural technology demonstration centers built by China in Africa have benefited more than 500,000 local people. The Poverty Reduction Demonstration Cooperation Technical Assistance Projects in Myanmar have provided access to water and road to more than 1,500 rural households.

A UNDP survey shows that the proportion of households living in moderate poverty in Guyana has declined from 43% to 36.3% in seven years, and extreme poverty dropped from 28.7% to 19.1% over the same period. But poverty alleviation in Guyana has not come to an end. As a long-term friendly development partner of Guyana, China is willing to cooperate with Guyana for the national development of the two countries and the holistic human development of the two peoples.

Tue May 11 , 2021
Support Village Voice News With a Donation of Your Choice. A teenage mother of Region Three on Monday evening fed her baby with a poisonous substance before taking some herself, police have reported. They were both rushed to a medical facility after they were both seen vomiting. Both survivors are currently receiving medical treatment under supervision. Advertisement Support Village Voice […]