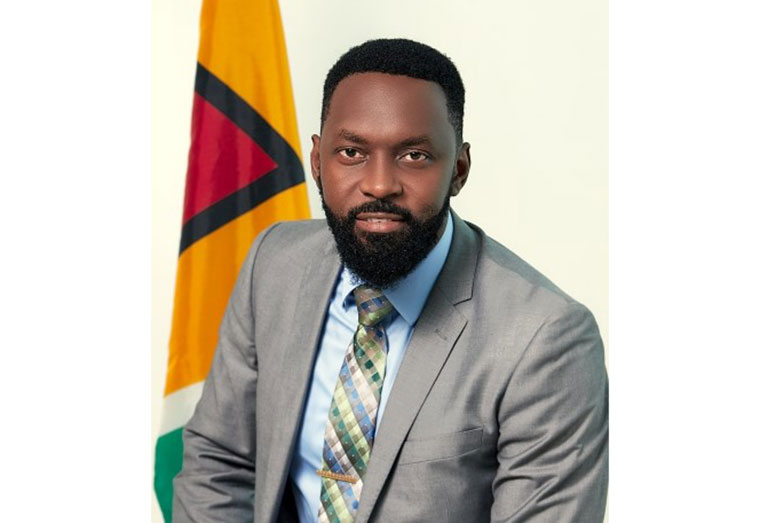 Opposition Chief Whip Christopher Jones and A Partnership for National Unity + Alliance For Change (APNU+AFC) Member of Parliament Annette Ferguson were among eight (8) persons charged for engaging in an illegal procession on April 26 – the day the High Court delivered its judgment in the Election Petition Case.

Backed by a battery of lawyers, Jones and Ferguson appeared in the Georgetown Magistrates’ Court to answer to the charges, however, upon pleading not guilty, they were placed on $20,000 bail each. Ferguson, however, is facing an additional charge for allegedly obstructing a Police Officer. She was placed on $10,000 bail for that offence.

Outside the Court, the Opposition Leader Joseph Harmon, who formed part of the team of lawyers representing the accused, said the State Prosecutor was ill prepared for the case when it came up in the Court on Friday.

“The prosecutor was not ready, and this is my main concern that you summon people before the court and still you are not ready with the statements that you have to deliver so that the trials can go ahead,” Harmon told reporters.

He said the charge against the Opposition MPs is another clear example of the State using the Police Force as a political machinery to target the Opposition and its supporters.

“It is in fact a charade, the police are acting at the behest of the political administration. The two MPs that you have here, Annette Ferguson, she has a judgement against [Bharrat] Jagdeo for $20M, Christopher Jones, has a matter in the High Court against them, both of them will succeed. So what they are doing now, they are using the police as a weapon against these MPs, but this is not just about them it is about all of us,” the Opposition Leader said.

He went one step further, and accused the State of engaging in “State Terrorism” against its own people. According to him, the People’s Progressive Party/Civic (PPP/C) Administration is empowering its supporters to target Opposition supporters.
“What we are seeing here is basically terrorism, the beginning of terrorism and state sponsor terrorism, this is not just about ordinary charges, this is not about ordinary charges, this is what it is, this is a part of a process of terrorizing the Opposition, terrorizing the Guyanese public, terrorizing everybody who come against this installed regime,” he contended.
He said the arbitrary arrests of Opposition Members is a wakeup call for all Guyanese.

“We have to stand firm together, this is a defining moment for us,” he said while vowing to internationalize the issues confronting the people of Guyana today.

Hughes, Fields and Stoby’s Attorney-at-Law, Ronald Daniels, who is among attorneys representing the Opposition Chief Whip, said the charge against his client is without merit. “We are of the firm view that these charges are frivolous, they are vexatious, they have no basis in law or in fact,” Daniels said while noting that the charges are politically motivated.

Darren Wade, another attorney representing both Jones and Ferguson – said the charges are another attempt by the PPP/C Administration to silence the Opposition.

“It is important for us to stay strong,” he said, while noting too that the charges are frivolous and vexatious. The case has been adjourned to May 14, 2021.

Sat May 8 , 2021
Support Village Voice News With a Donation of Your Choice. In delivered remarks on 6th May at the Petersberg Climate Dialogue, United Nations Secretary-General, António Guterres, told the attendees that the world “can no longer afford big fossil fuel infrastructure anywhere.” He warned that “fossil fuels are now more expensive than renewables” imploring that the “move from polluting to renewable […]