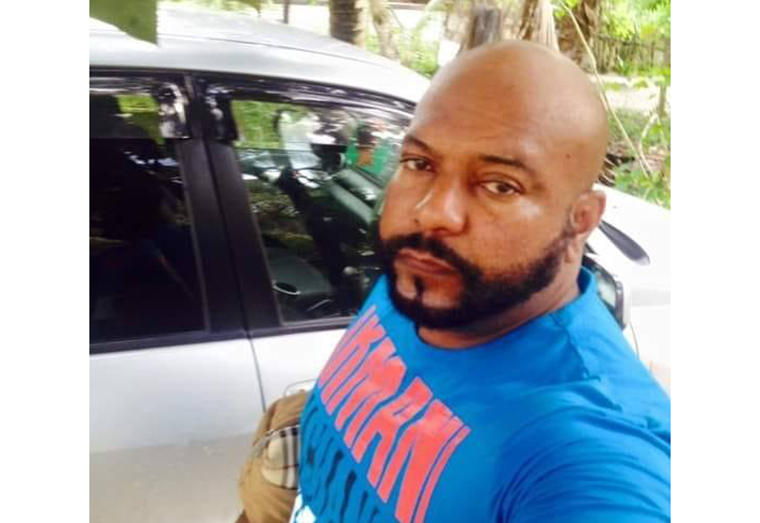 The 15-year-old girl, who allegedly helped dug a shallow grave to bury her murdered relative in Linden, has been charged with accessory to murder while the prime suspect’s father has been released from custody.

The teen had confessed that she along with the prime suspect in the murder of Shonette Dover, dug a shallow grave at the back of a house located in Canvas City, Wismar, Linden, after Dover was accidentally shot to the head by her boyfriend Shaquawn Alleyne. Dover, age 21, went missing on April 3, however, her body was only discovered by police investigators on April 30.

On Tuesday, the 15-year-old appeared before Magistrate Wanda Fortune at the Linden Magistrates’ Court via zoom charged with accessory after the fact to murder.

The Guyana Police, in a statement, said the act was committed in breach of Section 105 of the Criminal Law (Offences) Act, Chapter 8:01.  The juvenile, who was represented by Attorney-at-Law Dexter Smartt, was not required to plea and was remanded to the Juvenile Holding Centre until May 28th 2021 for report.

Meanwhile, the prime suspect’s father, Shawn Alleyne was freed by the police following the advice of the Director of Public Prosecution (DPP).

“Shawn Alleyne, the father of wanted suspect Shaquawn Alleyne was released from custody today, based on the advice of the Director of Public Prosecutions,” the police said in the statement.

'We are stronger together'

Wed May 5 , 2021
Support Village Voice News With a Donation of Your Choice. …President Ali says in Arrival Day message I greet all Guyanese on the occasion of Arrival Day 2021. This special day is commemorated as a public holiday on May 5th each year. It celebrates the contributions to the national development of our African, Indian, Chinese, Portuguese and European ancestors and […]