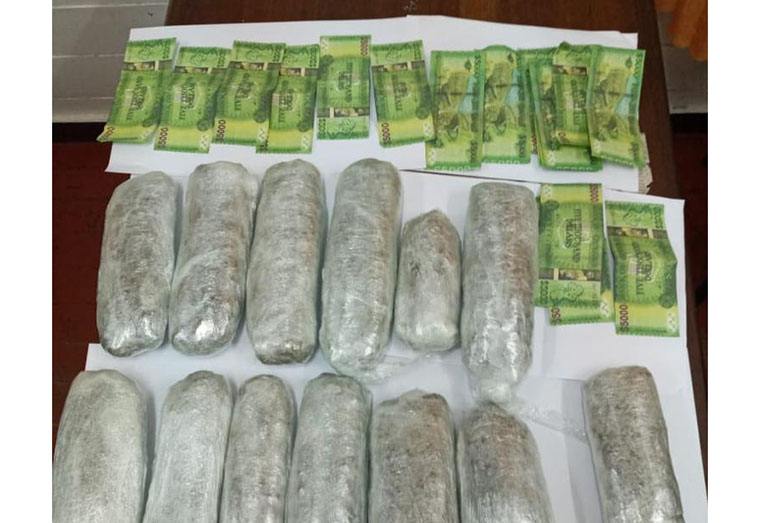 Police on Tuesday arrested a man after they found a quantity of marijuana and counterfeit $5000 bills during a raid at Plaisance East Coast Demerara.

According to a police release a cordon and search was conducted at the home of a 23 years-old unemployed male of Graham Street Plaisance ECD.

Articles were taken to Sparendaam Police Station where the suspected cannabis was weighed and amounted to 2075 grams.

The suspect was placed into custody pending charges.

Wed Apr 21 , 2021
Support Village Voice News With a Donation of Your Choice. ….15 years after the Earl’s Court slaughter ….makes plea again to PPP/C gov’t to launch inquiry Thursday, April 22, will mark 15 years since Agriculture Minister Satyadeow Sawh, his two siblings, guard and dog were killed execution style at the hands of seven masked gunmen, who had invaded Sawh’s Earl’s […]