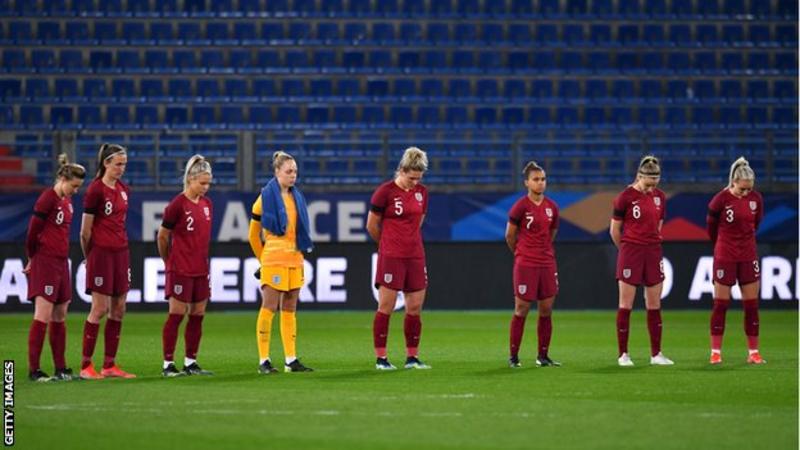 (BBC SPORTS) The sporting world has been paying tribute to Prince Philip, the Duke of Edinburgh, who has died aged 99.

Periods of silence were held before football matches, including Fulham’s Premier League match against Wolves and England women’s friendly in France.

A two-minute silence was held at Aintree and during county cricket fixtures earlier on Friday. Flags were flown at half-mast at a number of venues, including Wembley and all nine county cricket grounds.

The Duke was an honorary member of the Jockey Club and a former president of the Marylebone Cricket Club. The Grand National will go ahead at Aintree on Saturday, with a two-minute silence to be held at the course.

The Football Association said it had sent its “deepest condolences” to the Queen and the Duke of Cambridge, the FA’s president. Prince Philip was FA president from 1955-57, and accompanied the Queen to Wembley when England won the World Cup in 1966. Northern Ireland’s Women’s Euro 2022 play-off first leg against Ukraine in Kovalivka went ahead as planned, with the visitors winning 2-1.

A minute’s silence was also held before Wales’ 3-0 friendly defeat against Canada.

The English Football League said there will be a two-minute silence before each fixture this weekend and players, coaches and match officials will wear black armbands.

The Rugby Football League paid tribute to the Duke, stating: “As a sport, we will stand in tribute and reflection at our Challenge Cup matches this weekend to mark the life of the Duke of Edinburgh, whose life was a model of dedication to public service.”

Tottenham manager Jose Mourinho, who was told of the Duke’s death during a news conference, also expressed his condolences. “I have the utmost respect for the royal family,” the Portuguese said. “I believe that it is not just this country that is going to be sharing these feelings, because I’m not English and I know that many like myself, we have the utmost respect.”

A number of football clubs also paid tribute to the Duke of Edinburgh, as did the Lawn Tennis Association.

The All England Lawn Tennis Club said: “We were honoured to welcome the Duke to the Championships, Wimbledon, on six occasions, most recently in 1977 during the Centenary Championships. “His Royal Highness also graciously accepted the invitation to present the gentlemen’s singles trophy on Centre Court to Lew Hoad in 1957 and Neale Fraser in 1960.

“The Duke’s commitment to a life of service which lasted more than six decades is an extraordinary legacy. We hope that during this time of sadness, Her Majesty will take comfort in the high esteem and deep respect in which the Duke was held.”

British Rowing athletes will wear black ribbons at the ongoing European Championships, while there was a minute’s silence at Friday night’s session at the British Para-swimming International Meet in Sheffield. Sir Hugh Robertson, chair of the British Olympic Association, of which the Princess Royal – the Duke’s daughter – is president, said it was with “great sadness” that the “British Olympic family” learned of his passing. “I would like to offer our sincere condolences to Her Majesty the Queen and the Royal Family, and especially to our President HRH The Princess Royal,” said Sir Hugh. “The thoughts of the nation are with them all at this time.”

Sun Apr 11 , 2021
Support Village Voice News With a Donation of Your Choice. Last week’s announcement by Minister of Housing and Water, Collin Croal, that the Government has begun constructing 190 low-income houses in Cummings Lodge, Greater Georgetown is welcoming. It is the dream of everyone to own their own home. It is a fact in Guyana this dream remains elusive for many, […]