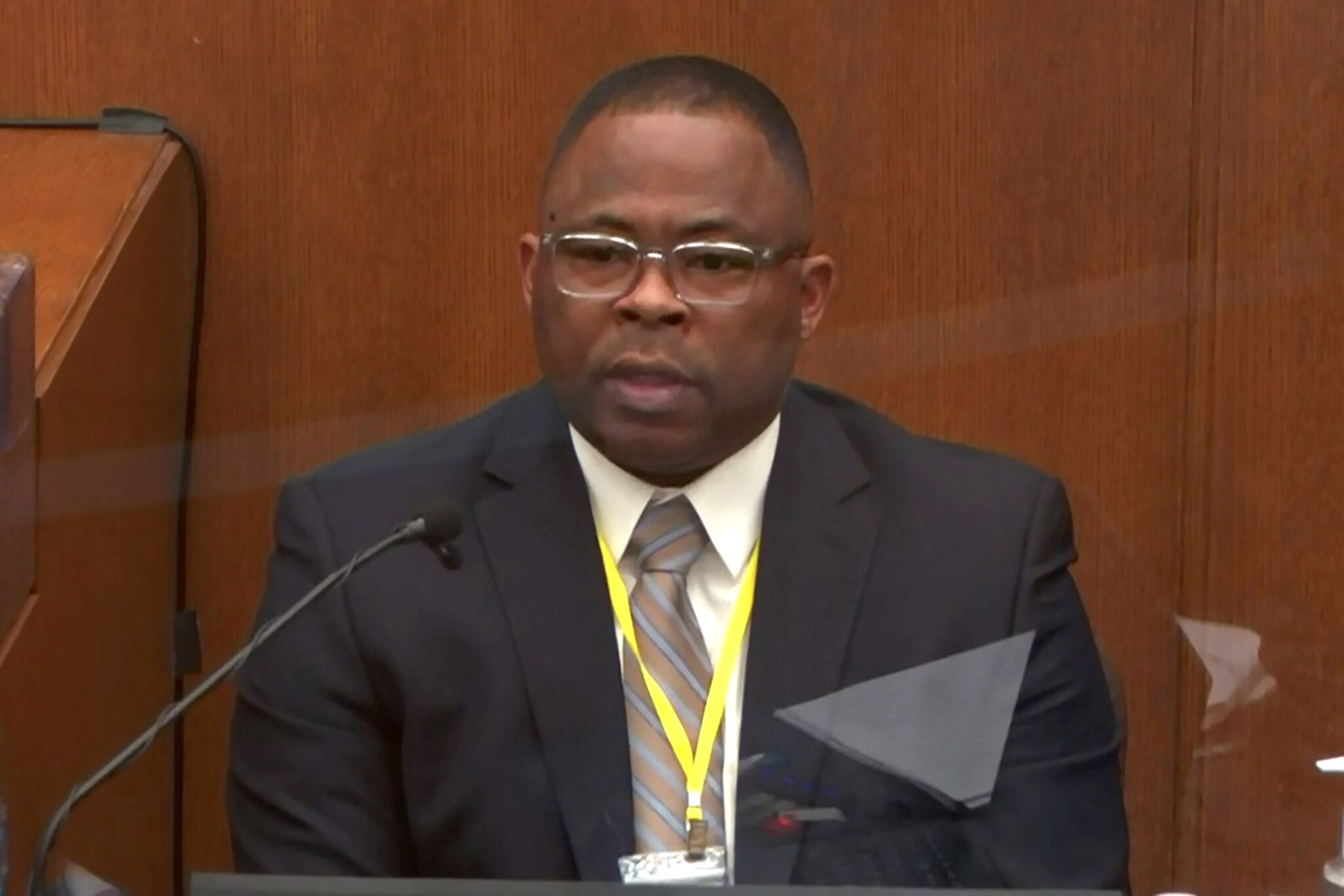 MINNEAPOLIS (Reuters) -A national expert in the proper use of force by police testified on Wednesday that former Minneapolis officer Derek Chauvin had no need to kneel on the neck of George Floyd once he was handcuffed and prone.

On day eight of the murder trial

Los Angeles Police Department Sergeant Jody Stiger appeared as a prosecution witness at Chauvin’s murder trial, offering testimony intended to show that the defendant disregarded his training during his deadly arrest of the 46-year-old Black man last May.

Stiger told jurors that Floyd posed no immediate threat and was not actively resisting when Chauvin used deadly force on him by pinning his neck to the ground for more than nine minutes.

“My opinion was that no force was reasonable in that position,” Stiger testified. “The pressure … caused by the body weight could cause positional asphyxia and could cause death.”

Floyd’s death, captured on video widely viewed on social media, prompted protests against racism and police brutality in many cities across the United States and around the world.

Chauvin, who is white, has pleaded not guilty to murder and manslaughter charges, arguing that he was following the training he had received in his 19 years on the police force. Three other officers on the scene have been charged with aiding and abetting murder and will stand trial later this year.

Chauvin and the three other officers were attempting to arrest Floyd on suspicion of using a fake $20 bill to buy cigarettes at a food store. They were fired the day after the incident.

Stiger, who has reviewed 2,500 cases in which police used force, resumed his testimony after first appearing on Tuesday.

Stiger testified that Chauvin squeezed Floyd’s hand to get him to comply with the officer’s orders while he was handcuffed in the prone position and that Floyd did not appear to have an opportunity to comply.

“At that point, it was just pain,” Stiger said.

‘HAS TO BE PROPORTIONAL’

“It has to be proportional,” Stiger said. “You are constantly reassessing during the time frame.”

Stiger also agreed with Nelson that Chauvin came upon a situation in which a suspect was actively resisting officers who were trying to put him into a police squad car as people in a crowd yelled insults at them, posing a “potential threat.”

Nelson showed Stiger photographs taken at different times of the incident showing Chauvin with his knee on Floyd. Nelson asked Stiger whether he agreed that Chauvin’s knee was on Floyd’s shoulder blades rather than his neck.

Prosecutors then called three Minnesota Bureau of Criminal Apprehension investigators, including Senior Special Agent James Reyerson, an expert on the use of force and the lead investigator in the case.

Reyerson testified that six months after the incident, Chauvin’s lawyers re-examined the police car and found what was later determined to be pills that had Floyd’s DNA on them. During its opening statement in the trial, Chauvin’s defense team said the pills contained methamphetamine with fentanyl.

Later in the day, McKenzie Anderson, a forensic scientist with the bureau, took the stand to describe collecting pills from the vehicles over the course of the investigation, including whole and partial tablets from the police squad car.

She testified that Floyd’s blood was found in the back of the squad car and that pills found in the vehicle had saliva that matched Floyd’s DNA.

Thu Apr 8 , 2021
Support Village Voice News With a Donation of Your Choice. LONDON (Reuters) – Italy recommended on Wednesday that AstraZeneca’s COVID-19 shot only be used on those over 60 and Britain that people under 30 should get an alternative, due to possible links between the vaccine and very rare cases of blood clots. More than a dozen countries have at one […]