Dear Editor,
March 21 was the United Nations declared International Day for the Elimination of Racial Discrimination. It was observed under the theme: Youth standing up against racism. The juxtaposing of racial discrimination to racism provides an opportunity for some clarification as to whether these are separate, interlocking, or an embedment of terms and what they represent? The fact that the day was declared in 1966 as an annual memorial for the victims of the Sharpeville Massacre and as a call to action for the end to such events, clearly jettisons any idea of them being unrelated.

The Sharpeville Massacre was an act of the South African Apartheid regime, a regime which embraced and institutionalized racism, enshrining into law the superiority of one race over another. In this instance, the superiority of white people over black people. In declaring the day, the United Nations sought to highlight the abhorrence of such an occurrence,  wherever it might occur, and the need for such occurrences to be stamped-out. Racism and racial discrimination therefore are related.

Racism may be seen as an ideology, a view about the superiority and inferiority of races, when compared, and a practice that reflects that view. Hence, in systems like slavery and apartheid there were those who were regarded and treated as less than human. In that regard, racism is normative while racial discrimination merely refers to an act rather than a system, albeit the act might be occasioned by racism. Racism is therefore postulated and institutionalized acts of racial discrimination. It may therefore be concluded that every act of racism is a discriminatory act while not every discriminatory act is an act of racism. Hence, an act of nepotism may be discriminatory but not necessarily racist.

The United Nations therefore sought, from the Human Rights perspective, to generalize its concern about Human Rights infringements while simultaneously outlawing racism. However, the fact that it was seen as necessary in 2021 to highlight “racism” in the theme signals the heightened need for focus on racism because of its continued practice. This concern now seems to be perennial as much as it is global.

But more than that, it seems to have afflicted the African race more than any other. Indeed, the Trans-Atlantic Slave Trade and 400 years of slavery is stark evidence. That in 2013, the United Nations had no alternative but to declare an International Decade for the People of African Descent speaks volumes about racial discrimination and its impact on the people of African Descent.  It also highlights the need not only for redress but also cessation. This was further emphasized in 2020 at the mid-term of the decade on the occasion of the observation of the International Day for the Elimination of Racial Discrimination by the declaration of Recognition, Justice and Development as the theme. It is the exact theme under which the decade (2015-2024) was declared.

In Guyana, special attention is being paid to the Decade. This is highlighted by the establishment of a coordinating mechanism, IDPADA-G, which is responsible for coordinating the work of the African Guyanese community as they strive to realize the goals of the Decade. The need for such a response has been questioned by some but vindicated by what played out in Social Media and elsewhere pre, peri and post the 2020 elections. The proliferation of media posts to the effect that “Black People” cannot manage anything reeks of a sense of superiority, hence racism.  Even worse were the various fates which were wished upon “Black People”. All that was left to be done was the acquisition of state power for the institutionalization of the heinous out- pouring of racism.
We therefore live in a state where the political forces and the Government, in particular, are challenged to prove, by their actions, the commitment of Guyana to the goals of the Decade, goals to which past and present governments have subscribed at the level of the United Nations. There can be no better time for the re-affirmation of that commitment and no better way than the praxis of Good Governance. IDPADA-G calls for such commitment and action and stands ready to be a complementary civil society stakeholder.

Thu Mar 25 , 2021
Support Village Voice News With a Donation of Your Choice. By Terrence R. Blackman, Ph.D. The recent 2020 Guyana Labor Force Survey (GLFS) highlights major interest indicators in Guyana’s labor force participation. In the first quarter of 2020, the total population aged fifteen (15) and above residing in Guyana was 602,765 persons. This population is comparable to American cities like […] 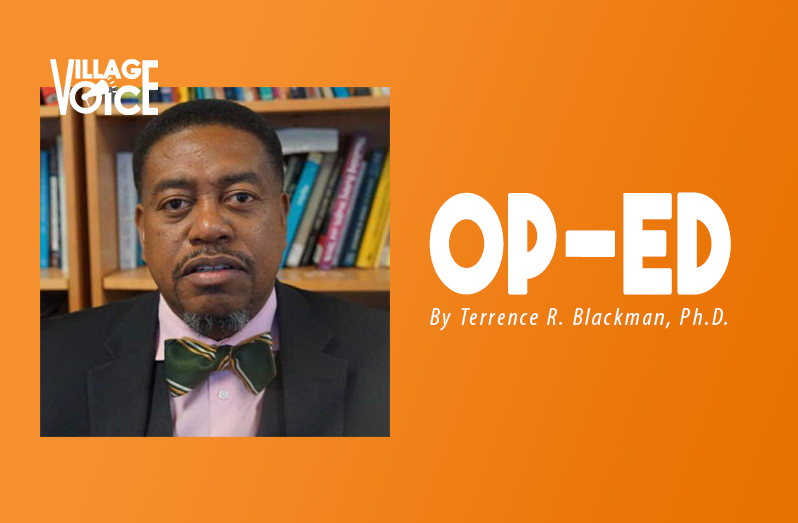