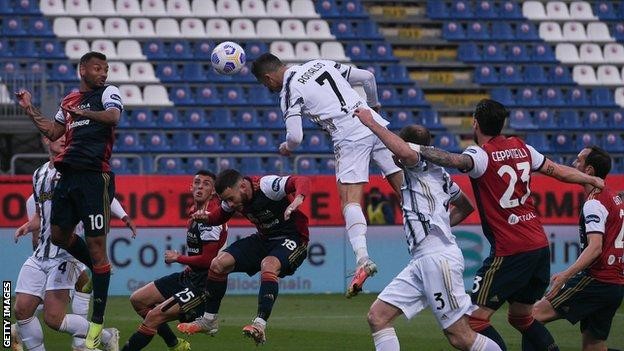 (BBC SPORT) Cristiano Ronaldo scored a hat-trick inside the opening 32 minutes as Juventus bounced back from their midweek Champions League exit by beating Cagliari 3-1.

Ronaldo, 36, opened the scoring with a header before a right-footed penalty and a drilled, left-footed finish completed a ‘perfect’ treble.

Giovanni Simeone pulled a goal back for Cagliari in the second half.

Ronaldo came in for some criticism after Juventus’ extra-time defeat against Porto on Tuesday, the second year in a row they have been knocked out at the last-16 stage. But this performance was a reminder of just how devastating the former Manchester United forward can be.

He rose unmarked to meet Juan Cuadrado’s corner to send a towering header beyond Alessio Cragno after just 10 minutes, before drawing a foul from the goalkeeper for a penalty which he converted 15 minutes later.

The third goal was vintage Ronaldo, collecting Federico Chiesa’s pass just inside the area, shimmying away from a defender and powering the ball into the top corner.

Cagliari, who are just two points clear of the relegation zone, improved in the second half and got on the scoresheet when Simeone slid home Gabriele Zappa’s cross from the right.

Ronaldo could have scored his fourth goal with virtually the last kick of the game, but Cragno did well to rush out and block.

Elsewhere, Lautaro Martinez scored a late winner as Inter beat Torino 2-1 to move nine points clear at the top, while second-placed AC Milan were beaten 1-0 at home to Napoli.

Mon Mar 15 , 2021
Support Village Voice News With a Donation of Your Choice. West Indies white-ball opening batsman Evin Lewis said he is mulling playing Test cricket in the near future but concedes that he needs to play more four-day cricket before he can make that step. The 29-year-old Trinidadian, an instinctively attacking batsman, has been more pragmatic in his approach during the […] 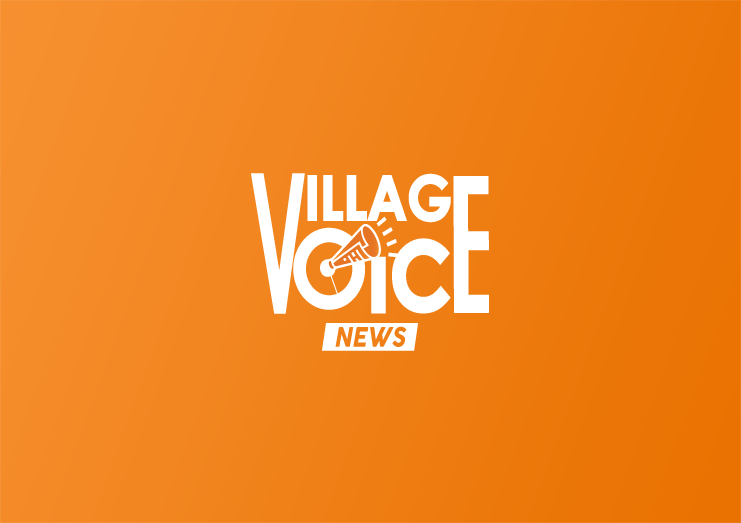