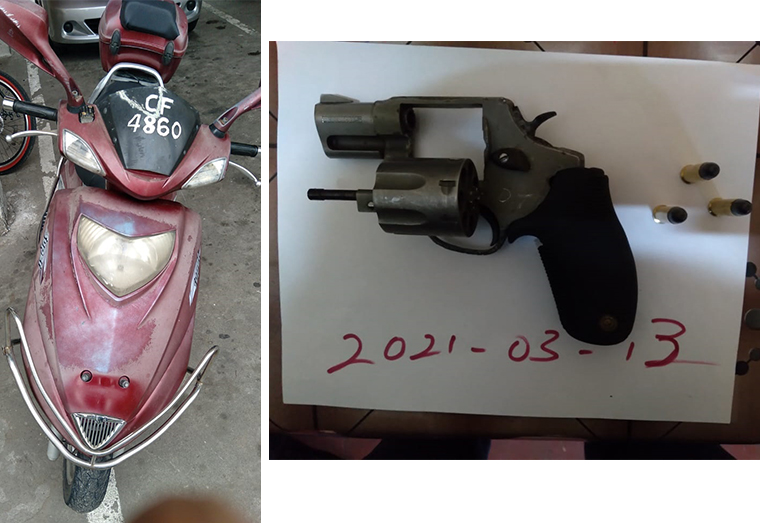 Meanwhile, in an unrelated exercise police said that ranks of Regional Division 4A, were on motorcycle patrol and whilst proceeding south along Ruimveldt Public Road Saturday when they stopped motor scooter #CF4860. At the time a 29-year-old male and his 52-year-old pillion rider were on the bike. The ranks carried out a search on their persons and found one .38 revolver special firearm with three .38 rounds of ammunition in the pants crotch of the pillion rider. The serial number is filed off.
They were both arrested and escorted to the Ruimveldt Police Station and placed in custody. Firearm and ammunition were marked, sealed and lodged. The motor cycle was also lodged. Further enquiries in progress.

Sun Mar 14 , 2021
Support Village Voice News With a Donation of Your Choice. The Region Seven COVID-19 Rapid Response Team (RRT) would soon be intensifying its sensitisation, testing and screening efforts in the Lower Mazaruni communities through a medical outreach planned for next week. Head of the RRT, Dr. Terrence George told DPI the aim is to determine the incidence of the disease […]