DPI – Guyana’s sugar and wood species are in high demand in the United Kingdom, the Department of Foreign Trade has revealed while urging local exporters to explore value-added production to take advantage of that demand and capitalise on Guyana’s preferential access under the CARIFORUM-UK Economic Partnership Agreement (EPA).

Dr. Diana Glasgow, Director of the Department in the Ministry of Foreign Affairs and International Cooperation, during the second trade talk between the Ministry and the Private Sector Commission (PSC) called on local exporters to step up to the challenge.

The virtual discussion focused on the CARIFORUM-UK EPA and provided the private sector with crucial trading features with the UK and assess its implications for continued trade with that country.

Dr. Glasgow said the United Kingdom is one of Guyana’s key trading partners, accounting for about four per cent of this country’s export. Guyana exported about US$13 million worth of goods to the UK during the third quarter of last year.

However, Dr Glasgow said there are several areas which Guyana could take advantage of in the UK market, given their demands.

“Some of the products they are currently demanding from Guyana include wood, rum, sugar. There is scope for us to examine value-added activities in these areas and further exploit the preferential access that has been afforded to us under the agreement,” she said.

The European Union and CARIFORUM countries signed the EPA in 2008. The comprehensive agreement provided the basis for trade with the United Kingdom and other European countries.

Following the UK’s referendum to exit the EU, the UK and CARIFORUM embarked on rolling over the CARIFORUM/EU agreement’s terms into the CARIFORUM-UK EPA, signed by Guyana in March 2019 and ratified by Ministerial Order in December 2020.

Dr Glasgow said other mechanisms allow Guyana and the UK to co-operate and support each other economically. The UK-Caribbean forum is a mechanism that promotes dialogue and interaction between the Caribbean and the United Kingdom.

The UK Caribbean Co-operation is an investment of £300 million in vital new infrastructure in the Caribbean, including roads, bridges, and ports to help drive economic growth and development.

Fri Jan 29 , 2021
Support Village Voice News With a Donation of Your Choice. DPI – The Small Business Bureau (SBB) has granted 20 persons a total of $20 million grant through its Green Tech Fund. The beneficiaries each received $1 million at a ceremony hosted on Monday. The grants are for existing and start-up businesses that are technology and environmentally based. Ms. Kaimwantie […] 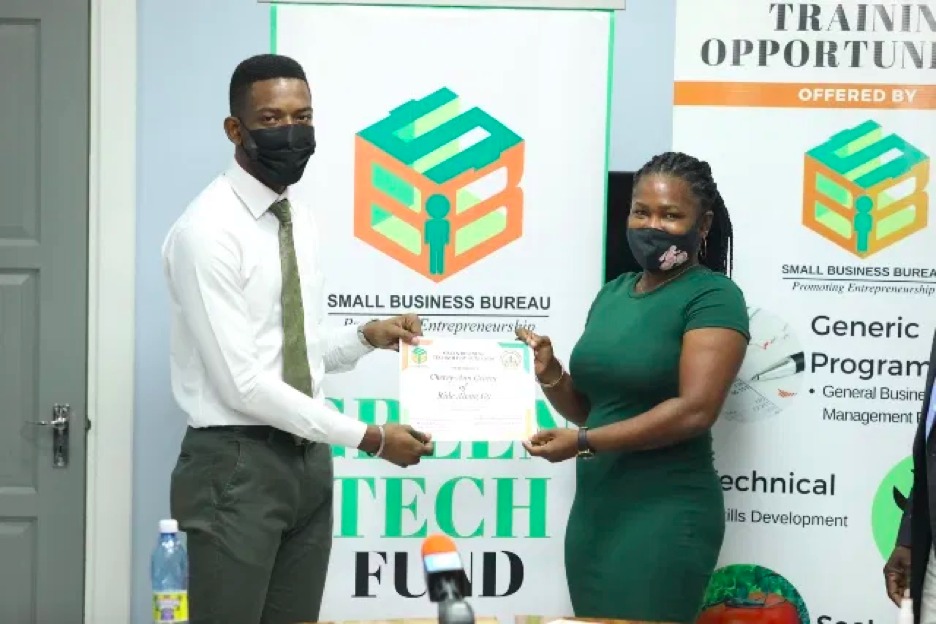