National Security Minister Stuart Young has dismissed claims by US Senator Robert Menedez that the US conducted “stealth” deportations of Venezuelans back to their homeland through T&T over January to March.

“As far as I’m aware there is no truth to the allegations that the US deported Venezuelans through T&T,” Young said yesterday when contacted.

Menendez called T&T’s name when he sought details on the “stealth deportations.”

This was in a letter written to US Secretary of State Mike Pompeo, Transportation Secretary Elaine Chao and the Department of Homeland Security.

Menendez’s letter stated: “New documents provided to my office confirm that US deportations to Venezuela continued via third countries at least until March 2020, while the Trump administration has offered little assurance that it will not continue to forcibly return Venezuelans to a regime the United Nations recently stated has committed crimes against humanity.”

Menendez accused the Trump administration of “surreptitiously deporting Venezuelans through third countries,” though US law prohibits forced repatriation of refugees to places where their lives or their freedom could be threatened.

He also sought details of US consultations on Venezuelan deportations with each government facilitating their transfer “including Trinidad and Tobago, Panama and any other countries involved.”

He noted Elliot Abrams (State department representative for Venezuela and Iran) said in March there wasn’t a complete freeze on deportations of Venezuelans but the number was “extremely low—data showed over 100 were deported up to February. In August Abrams said deportations weren’t being done as it was unsafe to deport Venezuelans home.

However, Young said of Menendez’s claim, “It’s a strange proposition. We never agreed to any such operations. I’ve confirmed with Immigration that we have no knowledge of any such incident.

“The T&T Government knows of no such instance and certainly didn’t agree to any such exercises,” he added

Asked about Menendez’s claim that the State Department had confirmed deportations occurred via T&T earlier this year, Young maintained the deportations didn’t happen:

“It would have to have the Government’s approval and it did not. Neither Immigration nor me are aware of any such incident,” Young stressed.

Menendez’s claims arose when the aspect of Venezuelans in the US is among immigration issues is featuring in the current US Presidential election campaign.

Mon Oct 19 , 2020
Support Village Voice News With a Donation of Your Choice. Washington (CNN)-Michigan Gov. Gretchen Whitmer called out President Donald Trump on Sunday for incendiary comments he made about her during a weekend campaign rally, saying the President’s heightened rhetoric just days after authorities foiled a plot by extremists to kidnap her is “inciting this kind of domestic terrorism.” But as Whitmer, a Democrat, pleaded […] 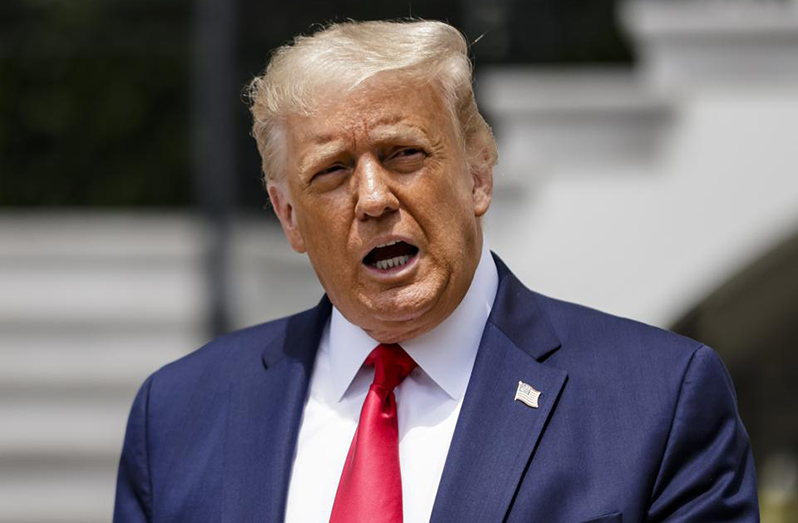