Only the dishonest will not accept that the Santa Claus spending spree the Jagdeo/Ali regime has embarked on is not only aimed to squander the nation’s wealth, provide kickbacks for their friends but is downright racist. Jagdeo’s attempt to respond to U.S Congressman Hakeem Jeffries’ concern about racism in Guyana is feeble and ineffectual. It was a response typical of him, i.e., deflecting and devoid of any evidence to counter the charge. Under scrutiny the regime would not be able to provide a shred of credible evidence to prove that its policies are not racist and designed to make sections of the society beggars and paupers.

In 2012, I felt compelled to lodge a complaint against the Donald Ramotar regime with the United Nations (UN) Committee on the Elimination of Racial Discrimination. Unfortunately, the petition did not go far because Guyana failed to satisfy certain UN requirements in order that the government could be held accountable at its forum. This is not an accident but deliberate to deny those who feel violated and could prove their case against the PPP/C at this international body.

The fact that the U.S Congressman is giving attention to what is happening in Guyana, those affected by the PPP’s programme of discrimination and marginalisation should move to work at the national and international levels to have the situation corrected. Look for instance, where billions of taxpayers’ money is being spent to sustain the beleaguered Guyana Sugar Corporation (GuySuCo) in order to keep sugar workers employed, but not one cent is being spent to keep the Bauxite Company Guyana Inc (BCGI) fully operational in order that bauxite workers could be employed.

Jagdeo and Ali are fully aware of the economic deprivation in Region 10 and particularly in the bauxite communities in sub-region 2. Instead of mapping out a sustainable development plan, they are walking about, like drunken sailors, handing our money with no rhyme nor reason save to buy votes and silence the masses. Some are beginning to feel if they stay silent in the presence of wrong doings, discrimination, corruption and poor governance, chances are they could benefit from the throwing around of short-term money

I ask fellow Guyanese, how could there be meaningful sustenance and peaceful co-existence among the people in the absence of a plan that is long-term, equitable and just? The current shenanigans are not sustainable nor is it intended to empower and bring meaningful opportunities for self-determination and personal development. The billions being thrown at persons, not to engage in productive employment but merely turn up for a few hours to something described as work and be paid, is intended to strip persons of their dignity by making them mendicants.

When a man is being stripped of his dignity the door is opened for others to strip him of his rights. This is what the dictators in this regime intend to do. Daily their intention is being unfolded as they use their one seat majority in the National Assembly to table and change laws, and ram through Bills without consideration for any idea proposed by the Opposition. They are carrying out actions without parliamentary approval, secured in the false comfort that they are not bound by international best practices nor the Guyana Constitution in respecting the parliament as a place of honour and manage the affairs of state in an inclusionary atmosphere.

The time has come where the people who are marginalised and discriminated against, say clearly to Aubrey Norton, Khemraj Ramjattan and Lenox Shuman, premier opposition leaders in the Assembly, that from henceforth this must not be business as usual. As for the African community, of which I am a part, we must accept the urgency to internationalise the Jagdeo/Ali regime’s programme of economic genocide, marginalisation, discrimination, and denial.

Sun Jun 19 , 2022
Support Village Voice News With a Donation of Your Choice. DHAKA/ASSAM, India, June 19 (Reuters) – At least 25 people were killed by lightning or landslides over the weekend in Bangladesh while millions were left marooned or homeless in low-lying northeastern parts hit by the worst monsoon floods in the country’s recent history, officials said. In the neighbouring Indian state […] 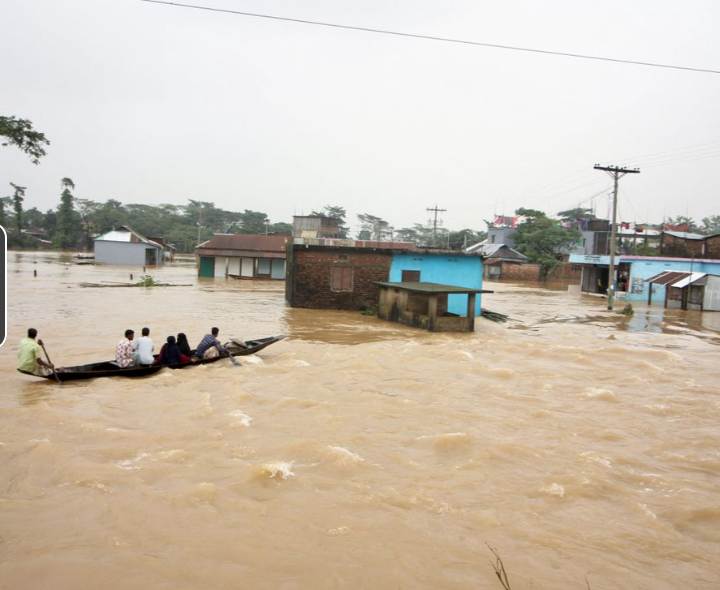