Something has gone wrong in the Criminal Justice System of the Cooperative Republic of Guyana.

During the impasse following Guyana’s 2020 General Elections, the entire world was effectively alerted to a perceived plan or plot to steal the election and give the victory to the wrong List.

The returning government (PPP) will claim that because of its vigilance the plot to steal the elections failed, though narrowly because the perceived plotters were caught red-handed. The suspects were roundly denounced; exposed and criminal charges were made against them.

The new government took over on August 2, 2020 and hit the ground running, quickly unfolding the investment plans and deals it had made during its five years out of office.

Leaders will recall that sections of the media put on trial and condemned those Guyanese non-resident Guyanese, like this writer who did not join the chorus, feeling that poll watchers at home in Guyana could be trusted to count, add and subtract and come to reasonable conclusions without the help of persons absent from elections since 2001.

To mark the PPP’s victory with a one seat margin, the honourable Attorney General declared, the victory of the PPP “Represents the victory of Good over Evil”. This age-old hope of the triumph of good over evil is universal, but has seldom been applied to such worldly and corruptible processes as a General Election in which multiple factors – positive and negative – play a part in the voters’ choices. No one in the PPP has questioned the proclamation of the Attorney General and we are left to assume that he spoke for the entire leadership of which he is a part.

The criminal suspects charged between July and August 2020 with offences need to be tried as quickly and as fairly as possible. They still have not heard in a court of law the first item of evidence to be used against them.  The institutions and agencies responsible for this delay have not explained it to a politically aware population. Delays of bringing matters to trial should not be treated as a state secret or as too difficult for the population to understand.

This article can venture two guesses. It may be that defense counsel for the accused persons have warned the prosecutors of breaches in the process; or that the prosecutors themselves are hoping to find evidence to implicate persons of higher rank than mere employees of the Guyana Elections Commission.

There is only one other possibility. Can it be that there is in the pre-trial process of prosecution that Norman Semple, once President of the Public Service Union in the early post-independence period, called the “Second Command”. Can it be also that this “Second Command”, if there is one, is hoping to arrange for the trial of the criminal suspects closer to the time of the campaign of the next General Elections?

Fri Jun 10 , 2022
Support Village Voice News With a Donation of Your Choice. A recent opposition statement revealed that, “One of the most frequently used terms of the Guyana’s President is “transformative”. It is apparent that this term is hollow rather than hallowed in relation to the President’s commitment to transformation and Meaningful Consultation.” The statement indicated that in 2001, the constitutional reform […] 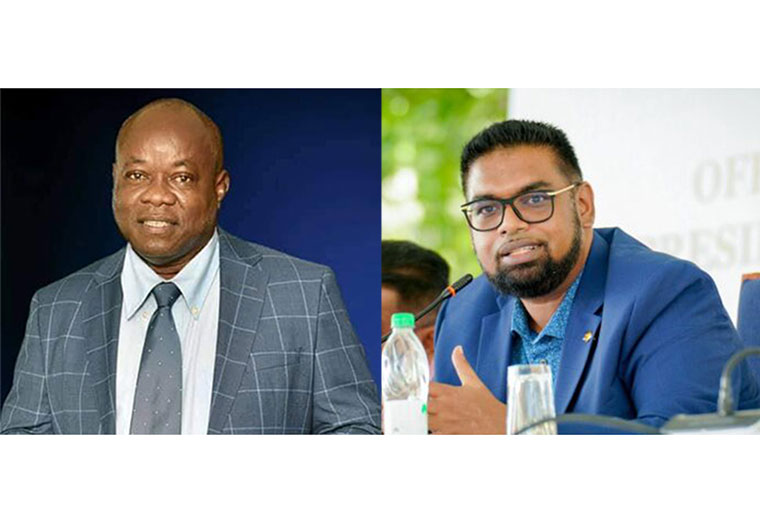