There’s no denying that, inherent to politicians and in extension politics, is a narcissistic self-serving predisposition. Which if compared to the healthcare profession, the contradictory attributes of selflessness, personal sacrifice and altruism, will certainly be illuminated. Therefore, from the aforestated, it lends to reason, that being of incompatible endpoints, likely detrimental will be healthcare outcomes, if burdened with political interference.

Guyana Medical Council
In fact, this has never been more evident, than with the Guyana Medical Council, a political lackey of PPP, that once endeavoured to deny me registration. For this failed registration conspiracy, was a 2002 adventure, consequential to recurrent political blasphemy, against their political masters PPP. That said, clarity shall be proffered, without fear of contradiction- One’s politics should never be a professional registration criterion, insofar as it doesn’t impact professional practice.

Nonetheless, this is undisputed, evident with their disastrous mismanagement of the pandemic- PPP disinformation machinery counts among the world’s best. Having said that, the pandemic delivered much more than disinformation, with innumerable opportunities, for countries to promote vaccine diplomacy. To that end, Russia counted one such, with aspirations by any means necessary, to be the creme de la creme, of Covid-19 vaccines. Thus post-haste, they presented an incomplete researched Sputnik-V, causing conflicting confusion in the medical world, and irreversible paranoia in WHO. Nevertheless, PPP of more dollars than sense, embraced Sputnik-V in the dark of night, then mandated said vaccine, to vanities, vagrants and vipers. But Russia struggled to keep Sputnik-V secrets under a bushel, and so did PPP, thus instructed they did, the Medical Council to intervene. To that end, the Medical Council reported that Sputnik-V data they’ve scrutinised, arriving at the irrefutable conclusion, it’s both safe and effective. But lying they were, for the WHO of immense clout, still awaits said data, to appraise Sputnik-V.

In fact, the aforementioned narrative is a widescreen backdrop, on which the recent PPP Health Bill, shall be projected. But first, this to illuminate- In the civilised world, the Legislature passes laws, that the Judiciary interprets. Nevertheless, the omnipotent PPP undertook both, where firstly in Judges gowns and clown facies, the Judiciary they self-identified, to unanimously rule that the APNU+AFC Nurses and Midwives Bill of 2019, is null and void. Thereafter, was Dharamlall’s infamous defrocking, facilitating transition to Legislature, whence APNU+AFC legal framework was repealed, replaceable with their Nurses and Midwives Bill 2022.

But with the civilised world having centuries ago undertaken such legislation, in establishing regulatory frameworks for nurses, nursing assistant and midwives, evident it was that PPP healthcare sector was languishing in the embarrassing Stone Ages. Therefore, the smart money was on Anil Nandlall, of uncharacteristic humility, announcing the new legislation in quiet whispers. But that wasn’t to be, cementing his not the smartest status, in a PPP class of dunderheaded dunces. For the buffoon not only made the announcement with parliamentary megaphone, but also effortlessly inserted his politics into healthcare, and in so doing, impregnated the House with bewilderment. Thus, this reminder, of the task asked of Nandlall;

But that so elementary, turned out to be an all too impossible task, for what should’ve only taken one, in and out, minute, eventuated to the most naked politicisation of a Healthcare legislation, dating back to the ancient Romans. And with that, the realisation that this was another of Nandlall’s self-promoting attempts at convincing all of genome XX, that he is with incomparable Guinness level stamina.

So first was his political foreplay, whence he informed the somnolent many, that the new law supersedes the Nurses and Midwives Bill of 2019. And clearly not gratified with this oral undertaking, his naked intent he exposed, to unashamedly engaged in the most disgraceful political masturbation, in characterising APNU+AFC passing of the previous Bill, as “Callous.” But we shall forgive him, for as an aristocratic Chat-3, unlikely he would’ve heard of pot, kettle and black. Nevertheless, this “callous” accusation, viewed in the context of their disastrous Covid-19 life devaluing and anti-science mismanagement, must be seen for what it’s- Another attempt at political point scoring by the failed 50,000 plantain chips recruiters.

But here’s the truth, I’m no lawyer. Who would waste such talent, having witnessed the nonsensical garbage, regurgitated by the PPP lawyers? In fact, terminologies like bills, legislations, decrees and the full works, aren’t intrinsic to my daily vernacular. Rather my gift lies in information, insults and interrogation. Thus the query, if so brilliant are PPP legal minds, why wasn’t the legal framework for the Nursing and Midwifery Council(NMC), established in their disastrous 23yrs? But this testimony, their Languidly Laughable Barristers(LLB), were too busy manufacturing treason charges against Benschop and the Munroes?

The fact is, if such a body was to be established in the civilised world, it would be guided by professionals- Retired and Senior nurses, retired and senior midwives, retired and senior nursing assistants, Nursing Academics, Patient representative and a retired Judge. And this would be their initial undertaking- Establish a Board through an open and transparent selection process. Consequently, with the Board constituted, without political interference, they will set about developing codes of practice, registration standards, examination etc.

So this to remind, their politicisation of the NMC, would certainly add to the long list of professional bodies that’s under their influence.

In fact, political interference is so pervasive, that even Permanent Secretaries who by their nature should be apolitical, are all political appointees.

Thus, the hypothetical. The Nurses Union called a supported strike, down to poor working conditions. But the NMC is PPP, therefore await annual registration, to victimise the protesting nurses. Now you’ve seen the danger?

But why the rampant political interference by PPP? They are cluelessly incompetent. For most certainly, recollection is of a gloating Nandlall, subsequent to the passage of the bill. Nevertheless, as they celebrate, APNU+AFC were with question- What will be the consequence for those registered under the previous Bill? Now the answer we await, but unlikely the brainless celebrants would’ve thought of that.

Sun May 29 , 2022
Support Village Voice News With a Donation of Your Choice. —challenges decisions of High Court Judge Priya Sewnarine Beharry   Approximately five years after he was sued for accusing the now Attorney General Anil Nandlall of stealing the Law Reports of the Commonwealth, Basil Williams – who had also served as Attorney General and Minister of Legal Affairs from 2015-2020, remains […] 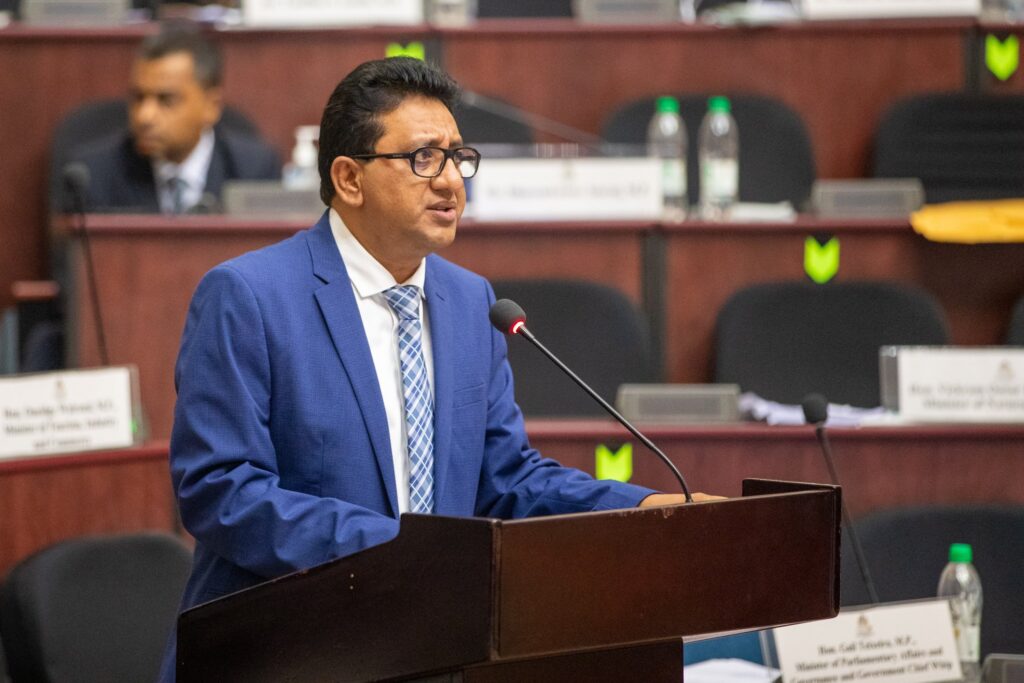