The Liza-1 Permit runs out on this first phase of its existence on May 31st.  The renewal of this permit is a make-or-break opportunity for Guyana; and our leaders must seize the moment with both hands to make inroads in reversing the overwhelmingly lopsided character of the deal with which we live.  What the President and Vice President do will signal to Guyanese and the world a lot of things about them.  Foremost is whether both are brothers of all Guyanese, or if they are fawning, craving, kowtowing followers of Exxon.  Both of them can manifest to all citizens that they are warriors in a true cause; or that they are impotent, pathetic weaklings of the most pitied stripe.  As I state where I stand, I include the Leader of the Opposition, who incidentally made a most timely call for the ‘forging of national unity’, a kind of steely social togetherness.  Those elements must be lent without qualification to the efforts of the two government leaders I identified, so that there is a cohesive front in dealing with Guyana’s vulnerable partner, which is a financial exploiter, the worst of corporate predators.

In this the time of the Liza-1 Permit renewal, the PPP Government leaders must not wilt, they must not fail this nation.  There is this opening, this leverage to extract terms that become the beginning of the norm for what happens in those 10,000 plus square miles of offshore exploration and production territory, its many possibilities.  This permit renewal is simultaneously a little development and a most crucial one.  It is little in that the window of opportunity to maneuver must be snapped up and exploited to the hilt, to get some material benefits for Guyana, some measurable concessions that are palpable and embraceable.  In other words, they are welcomed because they mean something on the plus side of the ledger for us.

The arguments about who is responsible for the ugly deal, and who could have done better, are all irrelevant, as long as we have to live with it.  We can look back and quarrel until Judgment Day, but that does absolutely nothing to change one syllable, one clause, one provision of the same contract that so cruelly hemorrhages the wealth of Guyana.  As I see it, it is so much better, much more practical, to look to what is in front of us right now, and grab on to the lever made possible by the permit renewal and hang on for all that our leaders are worth.  I urge them to expend every fiber, every iota of energy, that is at their disposal, and to wrest from a tight-fisted, strong, and seasoned corporate oil opponent (maybe even enemy) something of value for Guyanese.

Looking at all this, it is obvious that our leaders, and none like those in the drivers’ seat in the PPP Government, have a rare occasion when the pendulum is in their corner.  It must be held on to and not allowed to swing back to the side of Exxon and favor the oil behemoth as it has been from the inception.  Guyana must get some of what is due to it in what must be the first unraveling, the first reversing, of what we have lived with in this burdensome, draining deal.  Whatever menacing chips led to its current existence must now be revisited and refined.  This is the crossroad at which the two top leaders in the PPP Government find themselves.  The time for posturing and promising is over.  The long period of finger-pointing and blaming, no matter how justified, must be left behind through a new leadership beginning.

This is where Guyana’s President and Vice President get to prove what they are made of, how much they can back up all the talk of the ‘wrong end of the stick’ and that there must be ‘renegotiating.’  This does not involve the Environmental Protection Agency, which is reduced to a passive and obedient bystander in this Liza-1 Permit renewal, let that be made clear.  This is the President’s and Vice President’s ball to run with and carry across the finish line.  The muscle of the Leader of the Opposition can only be of help in the circumstances that are before today.

As Guyana’s leaders face what is before them, the choices they must make at this pivotal crossroad will determine what kind of men they are, how much of a fighter each one is.  They can stay with what Exxon strangles Guyana; or they can bring everything to a screeching halt and say this is where we start over from right now.  Something has to give, a corner taken, a new direction traveled in this country’s management of its oil relationship and partnership.  In the hands of our leaders rests this weighty responsibility.  Today, they have some trumps: our oil resources are proven beyond doubt, our possibilities almost endless, our menaces down to a manageable level.

For its part, Exxon has sunk too much in offshore fields to balk now, to quibble too much, over percentage points, to continue to be this one-sided, this rapacious.  It stands to gain more by bargaining in good faith and with goodwill to Guyana.  Goodwill to Guyana means more money, more of an environmental security blanket, more of a balanced expense and tax regime.  From the perspective of Guyanese, what results cannot be of nickels and dimes, for those would represent only more of the same that is already there.

My parting counsel to leaders is along these lines.  If I were leading the charge in this instance, the recognition would be that once there is delivery of economic substance, then everything else would be left in the dust.  All doubts dissipated, all questions and suspicions and speculations about what and who is stood for put to final rest.  And it would be because the right choices were made at the challenging crossroad faced.  It would be for Guyana.  Then Guyana.  And all Guyanese again.

Thu May 26 , 2022
Support Village Voice News With a Donation of Your Choice. The Guyana Police Force’s Office of Professional Responsibility (OPR) is currently investigating an alleged shooting incident that occured on May 24th, 2022 at around 20:00 hrs at Riverview, Ruimveldt. Dead is 30-year-old Deanraj Singh, called Steve Singh, who was the reputed husband of Akisha Madramootoo, 32, a fisherwoman who resides […] 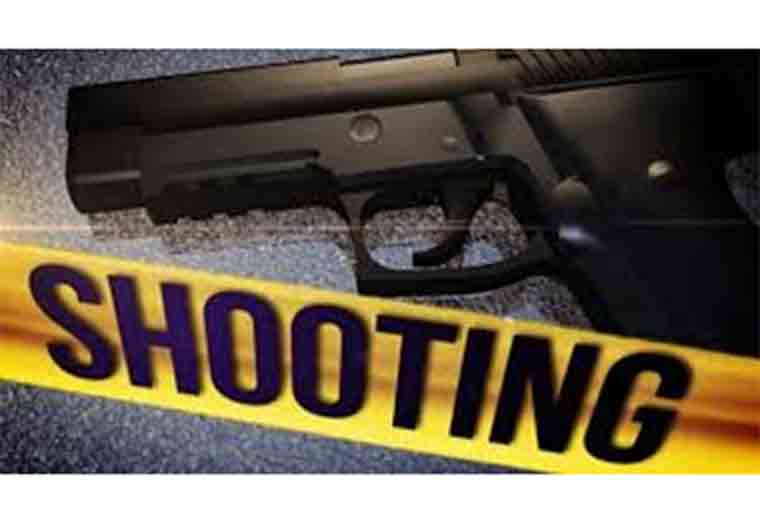