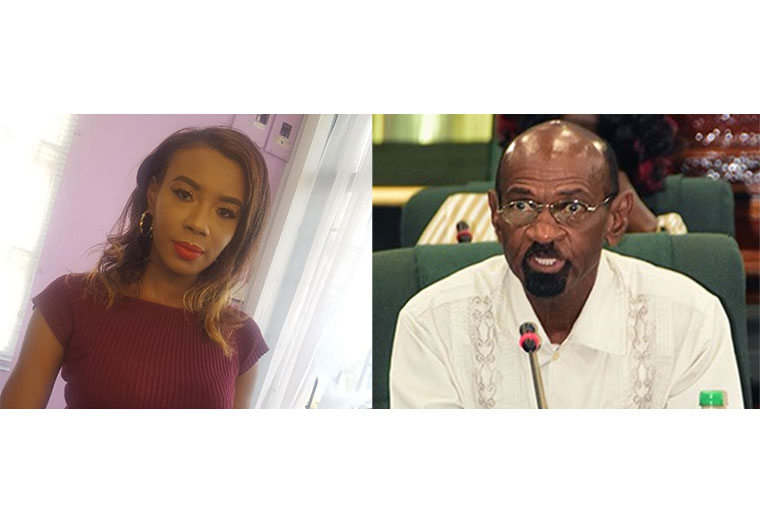 An examination of the Auditor General Reports for the Years 2017 and 2018 for Region 5 (Mahaica-Berbice) by the Public Accounts Committee (PAC) came to an abrupt end on Monday due to the inability of the Regional Executive Officer (REO) Genevieve Blackman to respond to the majority of questions posed to her.
Her reason? She was reportedly not briefed by the former REO Ovid Morrison, who was the accounting officer for the period under examination.

From the onset, Blackman told the PAC Chairman, Jermaine Figueira that she was unable to answer for the period under examination. Figueira, an A Partnership For National Unity + Alliance For Change (APNU+AFC) Member of Parliament, explained that on the instructions of the PAC, the clerk wrote the Commissioner of Police to help locate Morrison, however, he could not be located.

According to Figueira, attempts to locate Morrison were made between November and December 2021. On that basis, Government’s Chief Whip Gail Teixeira opined that there is a possibility that Morrison may have returned to Guyana. The situation did not sit well with People’s Progressive Party (PPP) Member of Parliament Juan Edghill who expressed concern that Morrison was not present in 2021 to answer critical questions regarding the accounts for 2016 and is again absent.

He said at the time, Blackman was not briefed by the former REO. Asked whether she was briefed by Morrison this time around, Blackman responded in the negative. “Have you been briefed and are you adequately prepared to answer the queries that are stated before us?” MP Edghill asked.

In response, Blackman said she was not briefed.

The Chairman, nonetheless, indicated that the Committee should proceed with the examination but after more than one hour, the examination came to an end due to Blackman’s inability to respond adequately. She was grilled about some 23 water meters which were paid for in 2017 but were not registered and another 13 GPL meters totalling $26.5M owed.

APNU+AFC MP Ganesh Mahipaul noted that notwithstanding the absence of the former accounting officer, Blackman has at her disposal Programme Heads who should be in a position to provide her with the necessary information. “It was crystal clear that the Accounting Officer for Region 5 was ill-prepared and need to familiarise herself with the system more. Additionally, she needs to find the time to accommodate the Audit Office so that assistance can be provided to her and her staff in an effort to bring clarity to the paragraphs under question,” MP Mahipaul told the Village Voice News. Blackman was given a period of two weeks to acquire the necessary clarification and answers.

Is it not improper for officials to give instructions to evaluators on who to give contracts?

Tue Mar 22 , 2022
Support Village Voice News With a Donation of Your Choice. Dear Editor, The Ministry of Agriculture was supposedly building and installing a pump station at Cottage, Mahaicony. The project has been in the works for a while now and is incomplete. Whistle blower reports that a particular company was granted the project. The tender was awarded last August. No work […]