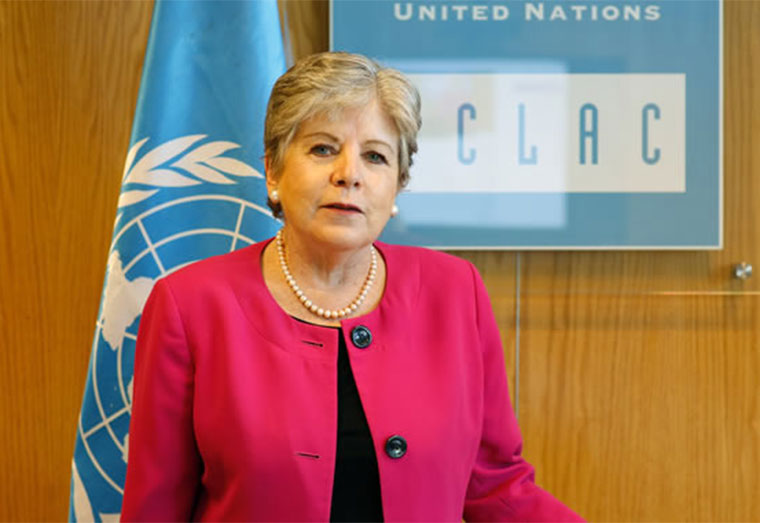 (March 17, 2022) “Inequality conspires against recovery, against development, nutrition, health, education, employment, poverty reduction, against everything. That is why we must address all of its facets,” Alicia Bárcena, Executive Secretary of the Economic Commission for Latin America and the Caribbean (ECLAC), emphasized today during a keynote address delivered at the Food and Agriculture Organization of the United Nations’ (FAO) Regional Office for Latin America and the Caribbean, in Santiago, Chile.

ECLAC’s highest authority made a presentation entitled “Latin America and the Caribbean’s socioeconomic context and challenges” in which she gave an overview of the region’s economic, social and environmental state after the crisis stemming from the COVID-19 pandemic, along with its prospects for recovery. At the event, which was transmitted live to all of FAO’s national offices and to the general public, FAO’s Assistant Director-General and Regional Representative for Latin America and the Caribbean, Julio Berdegué, paid tribute to Bárcena’s trajectory, just days before she is to leave the Commission’s Executive Secretariat.

“Alicia is concluding her time at the head of ECLAC at the end of this month (March). And that is why we have gathered here to pay tribute to her, mainly for having given us intellectual and political leadership at a very tumultuous time, with two successive and very deep crises that have left Latin America very damaged. She was a clear voice that delineated new ideas. She and ECLAC have made a critical contribution,” Berdegué stressed.
In addition, the FAO Assistant Director-General thanked Alicia Bárcena for having put the issue of equality back at the center of the public policy debate, and for her constant collaboration and willingness to engage in joint work with the rest of the United Nations agencies. “For that reason and many others, we want to thank her. She is leaving ECLAC, and the UN, but certainly her voice, her intelligence, her kindness will continue to be an asset in the fight for sustainable development,” he added. In her keynote address, Alicia Bárcena emphasized that it is not enough to grow to support equality; first, we must become more equal to grow. “We cannot grow without equality, because inequality is inefficient. The pandemic increased poverty, unemployment and informality, affecting women especially,” she stated.

“In our region, the factory of inequality lies in productive heterogeneity, structural gaps, low innovation, investment and productivity. Inequality defines the region, it is unjust, inefficient and it conspires against sustainable development,” she underscored. This is reflected primarily in the levels of poverty and extreme poverty, she indicated, which in 2020 rose for a sixth straight year. In 2021, despite the recovery, a 27-year setback is projected with an increase in extreme poverty (to 86 million people) and the risk of hunger, she added.

Bárcena noted that the crisis unleashed by the pandemic intensified global asymmetries between developed countries and developing nations. She cited as examples of this the significant gaps seen in the economic arena, on health, in the fight against climate change and in crisis response: 1% of the population currently holds 50% of global wealth; with just 8% of the population, Latin America and the Caribbean accounts for 32% of the deaths caused by the pandemic; the region only accounts for 8% of emissions, but it is one of the most affected by extreme climate events; and while developed countries have spent $14.9 trillion dollars to tackle the effects of the crisis, emerging countries have only invested $2.7 trillion (from January 2020 to September 2021).
In addition, she indicated that we are witnessing very weakened multilateralism in the face of nationalist and regionalist tendencies.

“The region must understand that integration is the only way forward. We must strengthen value chains and move towards health and food self-sufficiency, not based on imports but rather by bolstering our own value chains,” she said. Bárcena warned that in 2022, Latin America and the Caribbean will grow by 4 points less (2.1%, after having recorded 6.2% growth in 2021) in an international context of armed conflict, lower trade and the possibility of a withdrawal of monetary stimulus that would increase the cost of financing. And there is also great uncertainty regarding the evolution of the pandemic.
“At ECLAC, we propose three compacts: a productive one, a social one and a fiscal one. We need explicit industrial policies, to universalize social protection systems and progressive taxation, fighting evasion (which amounts to 6.1% of the region’s GDP) and tax exemptions. National policies must be accompanied by multilateral action,” she stressed.

The organization’s Executive Secretary indicated that it is necessary to orient countries’ public spending and increase public and private investment, which is the ideal bridge between the short and medium term. She also insisted on continuing to move towards gender equality and build a care society, to ensure that women do not keep bearing a greater burden with regard to unpaid work. “The recovery is a historic opportunity for a new social compact that would provide protection, certainty and trust. We must move towards a welfare state through a big push for sustainability based on the 2030 Agenda and Our Common Agenda,” Alicia Bárcena concluded.

Thu Mar 17 , 2022
Support Village Voice News With a Donation of Your Choice. A 57-year-old man died Wednesday night after his bicycle collided with a car on Mandela Avenue, Georgetown. Dead is Lyndon Austin, 57 of Go Slow 4th Avenue Tucville, Georgetown. In a press release police said the accident occurred about 22:30hrs involving motorcar # PAC 1350 owned and driven by 32-year-old […] 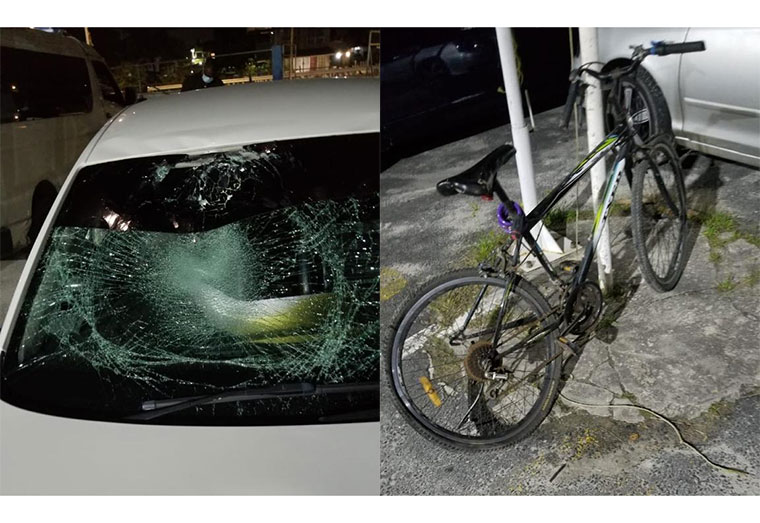