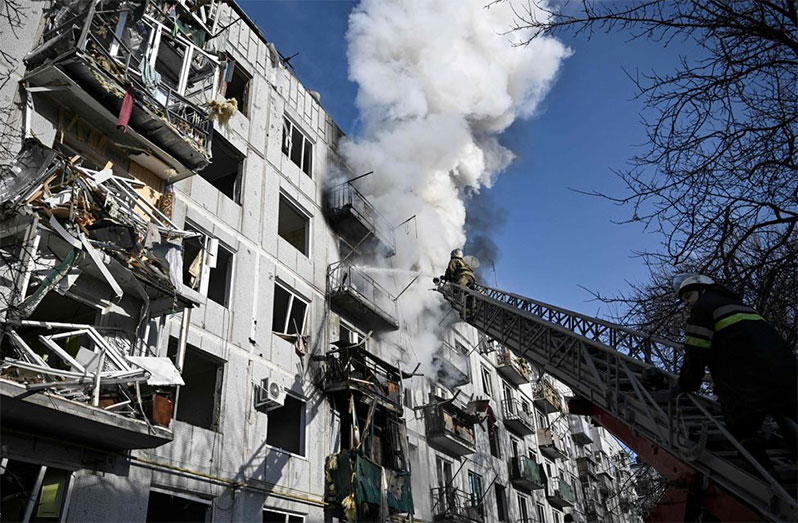 The People’s National Congress Reform has joined regional and international leaders in condemning the invasion of Ukraine by the Russian Government.

In a statement on Thursday, the PNCR said it had been following with keen interest the events leading to the very unfortunate development of the armed forces of the Russian Federation invading the Republic of Ukraine. “The PNCR would have preferred if a diplomatic solution had been sought and obtained as this would have had a positive impact on a number of principles to which the Party adheres such as the sanctity of treaties and internationally recognised borders and the peaceful development of states.”
According to the PNCR as it is, the violation of the borders of Ukraine not only has breached these principles but the continuation of this situation is most likely to have grave implications for the peaceful development and for the geopolitics of Europe, the rest of the world, more particularly, and negative consequences for the world economy.

“This particular development, Guyana as a small developing state, which has an open economy vulnerable to external shocks, ignores at its peril.” “Having carefully considered these facts, and even taking into consideration that our Party is prepared to have relations with all political parties and states, it must condemn the violation of the territorial integrity of the Ukraine, the principle of the sanctity of contracts and that of internationally recognised borders. This situation can only lead to the poisoning of relationships with the European Union and the Russian Federation with fraught implications for the peaceful development of the international system,” the PNCR said.
The party added that even at this late hour, it is calling for the withdrawal of the troops of the Russian Federation from the Republic of Ukraine and urgently urges that steps be taken to initiate a process for the peaceful resolution of the conflict between the Russian Federation and the Republic of Ukraine. “This may appear challenging given that the momentum of aggression seems well established. But the PNCR believes that if there is a will and a determination for peace the current negative circumstances can be reversed. Indeed, the factors which argue for a peaceful resolution of this matter are persuasive.”

The PNCR added that trade between the EU and Russia is substantial, noting that agreements between the Russian Federation and the Republic of Ukraine have been reached and have contributed to the peaceful development between the two states. And it is beyond dispute that a return to the status quo ante will have a positive effect on the international system and the global economy. Managing a return to peaceful conditions will not be easy. But powerful nations and multilateral organisations are on record as being ready to see that this is done. Peace in Europe has lasted for more than 70 years.”The implications for breaking that peace must weigh on the minds of all peace loving nations. As part of a small developing state, the PNCR joins all those nations and international organisations that are calling for a cease fire in the current conflict between the Russian Federation and the Republic of Ukraine and urges a return to stable relations between the two states.”

US and Western leaders have pledged harsh sanctions, with Ukrainian Foreign Minister Dmytro Kuleba urging the West to ban Russia from the SWIFT international payments system. Putin noted that Russia remained part of the global economic system, but warned of further “restrictions” to the Russian economy and called for business to work “in solidarity” with the government. “It seems to me that our partners should understand this and not set themselves the task of pushing us out of this system,” Putin said. “Nevertheless, for political reasons, these restrictions will happen.” Russian forces early Thursday launched a full-scale assault on Ukraine, with its military attacking the country from the north, east and south.

Thu Feb 24 , 2022
Support Village Voice News With a Donation of Your Choice. The Caribbean Community and the Organisation of American States have both condemned the invasion of Ukraine by Russian military forces. Russian President Vladimir Putin announced a military operation in Ukraine early Thursday. The assault began hours before dawn with a series of missile attacks against locations near the capital Kyiv, […] 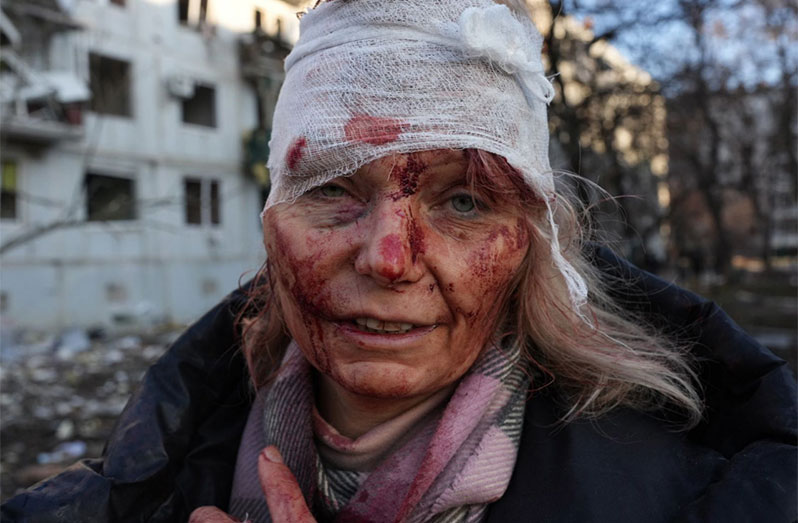