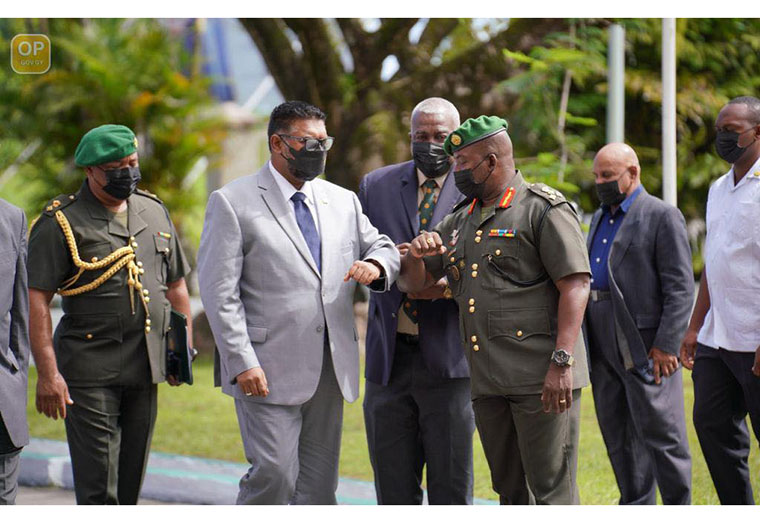 Close to two years after Brigadier Godfrey Bess was appointed acting Chief-of-Staff, he has not been confirmed and the Commander-in-Chief, President Irfaan Ali has offered no clear indication when this will be done.

Approached on the matter on the sidelines of the Guyana Defence Force’s Annual Officers’ Conference at the National Cultural Centre last week Ali said: “We have a Chief-of-Staff; he is acting and he is performing the responsibilities.” He added: “at the appropriate time, we’ll make the appropriate decision.” It should be noted that the appointment of a Chief of Staff of the Guyana Defence Force (GDF) is absolutely and exclusively the discretion of the President who is also the Commander in Chief. Brigadier Bess was appointed acting Chief-of-Staff in June, 2020 by then President, David Granger. He took over from Brigadier Patrick West, who at the time was preparing to proceed on pre-retirement leave. Bess started his military career in 1990 and served in Command, Administrative, Staff and Training appointments throughout the Guyana Defence Force.

His professional education was supported by the compulsory professional military education of the Guyana Defence Force which includes the Senior and Junior Command and Staff Courses and Managing Security in Wider Defence Context. 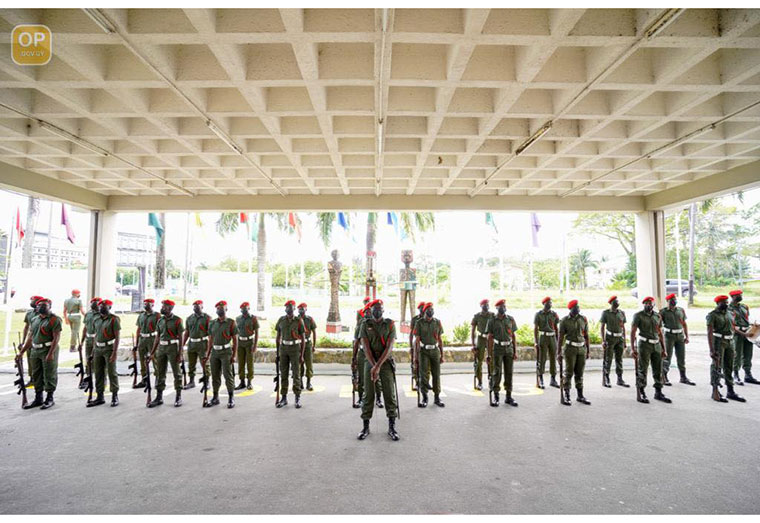 At the Annual Officers’ Conference on Thursday, the Chief-of-Staff (ag) renewed the Defence Force’s commitment to President Ali’s vision to revolutionize the GDF.

He said the Government’s commitment to enhance the Defence Force’s capabilities will better position it to monitor the nation’s air, land and sea spaces and interdict interlopers. “The GDF has benefited tremendously by the addition of newly acquired robust land transportation, and a heavy lift helicopter; additionally, in 2022 the Force will receive an additional marine vessel. These assets will allow us to be more effective at defining aggression and will facilitate improved surveillance over Guyana’s territory,” he told the Officers present.

Under Brigadier Bess’ stewardship, the Defence Force in 2021 maintained its operational posture on the country’s frontline and coastal borders through active patrols. As part of the Joint Services, it participated in operations COVIDCURB, Armadillo, Cross Border Control, Flash Point, Oceanguard and Floodgate among others.

It also joined forces with the Ministry of Health to combat the COVID-19 pandemic, and to date, more than 90% of the Force has been vaccinated against the deadly virus.

This year, the Force is in line to receive $17.6B from the $552.9B National Budget, which was approved by the National Assembly on Thursday.

“In 2022 the Force’s posture will reflect an upsurge in activities since we see ourselves as a key stakeholder in the inter agency responses to the contemporary security and other challenges. We will ensure in 2022 that we continue to invest in training and development and improved quality of lives of our human capital,” the Chief-of-Staff assured those present.

He said the Force will continue to diversify its capabilities to meaningfully contribute to national development. As Guyana’s Oil and Gas Industry continues to grow, the Force is positioning itself to treat with any immediate and or emerging security challenges associated with sector.

“We will continue to build the necessary capacity to ensure that within the army we have experts in climate change, oil and gas sector, and its associated environmental challenges. The military stands ready to continue to play a key role in the emerging needs of our country development shift and advancement of our country, giving rise to new security and border challenges,” he said.

The year, the Annual Officers’ Conference was held under the theme: “Enhancing National Security and Development through Capacity Building, Empowering Troops and Strengthening Community Relations.”

ANUG calls for sacking of Dharamlall

Sun Feb 13 , 2022
Support Village Voice News With a Donation of Your Choice. —calls out Priya, Vindhya, Oneidge, Gail for their silence A New and United Guyana (ANUG) has called for the removal from public office, Local Government Minister Nigel Dharamlall even as the party slams the silence of the PPP’s female Members of Parliament when the minister abused another female MP with […] 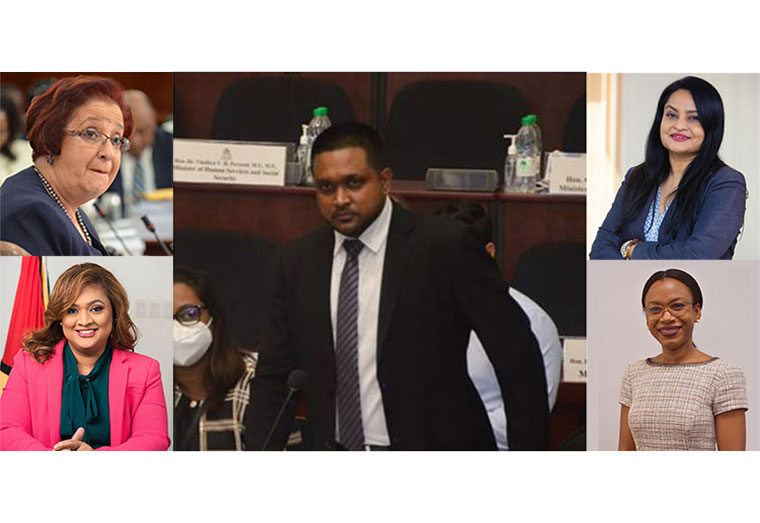