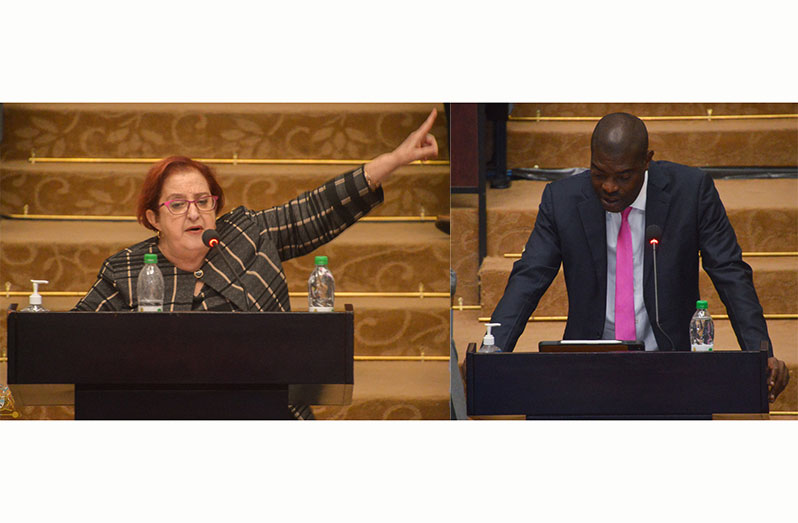 Approximately $4.161B has been budgeted for the Guyana Elections Commission (GECOM), of which more than $783M will be used to facilitate Local Government Elections (LGE) later this year, Minister of Parliamentary Affairs and Governance, Gail Teixeira has said. However, no provisions have been made for the compilation of a new Voters’ List as demanded by the Opposition.
Minister Teixeira made the disclosure on Monday, in response to a series of questions posed by A Partnership for National Unity + Alliance For Change (APNU+AFC) Members of Parliament, David Patterson and Khemraj Ramjattan during the consideration of the 2022 Estimates of Revenue and Expenditure in the Committee of Supply of the Parliament of Guyana.
Under Recurrent Expenditure, the Elections Commission budgeted $575.9M for the acquisition of “goods and services,” and according to the Governance Minister, the money will be used for the preparation of the long overdue Local Government Elections, which is scheduled to be held this year.
However, the Government Chief Whip told the Committtee that finances have not been budgeted for the creation of a new Voters’ List. “That is not a budgetary issue, that’s a decision the Commission and the Chairman have to make a decision on and if they so desire then budgetary matters will fall into place. However, at this point there is no decision by the Commission to have, as the Opposition is saying, a new Voters’ List,” she explained
She added: “I also wish to remind the Honourable Member that the Chief Justice of this country ruled that there must be no attempt to scrap the National Registration or Register of Registrants of Guyana.”

It was explained that the budgetary sum of $575.9M will cater for the use of added security services, equipment and maintenance, rental of back-up generators, storage of sensitive election materials and the publication of ads in the local press during the Local Government Elections.
Dissatisfied with the response given, MP Patterson told the Committee that the current Voters’ List has numerous issues. “For example, during the 2018 aborted House-to-House Registration, at the conclusion of that, approximately 22,000 young people… were unable to get onto the Voters’ List,” he pointed out, while asking the Governance Minister what provisions have been made to ensure that the 22,000 young people are included and the Voters’ List updated.
Though noting that the question posed was not related to the budget, the Governance Minister noted that the Budget caters for “Continuous Registration” and “Claims and Objections,” which would allow for eligible Guyanese to get registered. According to her, $650.710M budgeted for under “other operating expenses” will be used for the facilitation of “Continuous Registration. “That with the other interventions in the budget will come up to a total of $783M for Local Government Elections,” she told the Committee.

However, MP Teixeira said further provisions will be made available when GECOM arrives at a decision on the specific timeframe for the conduct of Local Government Elections.
“GECOM has brought a budget based on what they know, when the Commission and the Chairman make a decision of when Local Government Elections will be held, the processes of ‘Claims and Objections’ and ‘Continuous Registration’ will commence, [but] they cannot budget for that because no decision has been made in the kind of details that the Honourable Member wants. What they would have done was budget for the normal current situation for ‘Continuous Registration,’ the Government Chief Whip explained as she was being pressed for answers.
It was noted that GECOM Secretariat is currently formulating a roadmap, which when completed, will guide its decision on the hosting of Local Government Elections, however, the Minister of Local Government and Regional Develop, Nigel Dharamlall assured the National Assembly last week, that the elections will be held in 2022.
Further, $135.7M has been budgeted for the training of 20,000 Elections Day staff inclusive of production of election manuals.

Mon Feb 7 , 2022
Support Village Voice News With a Donation of Your Choice. Police are investigating the murder of Carlos DeShawn Waithe, aged 24-years, a clothes vendor of Norton Street Werk-en-Rust, Georgetown, which occurred early Monday morning at Leopold Street between Breda and Smyth Streets. According to police investigators, the now deceased and several friends were consuming alcohol Sunday night in Charlestown after […] 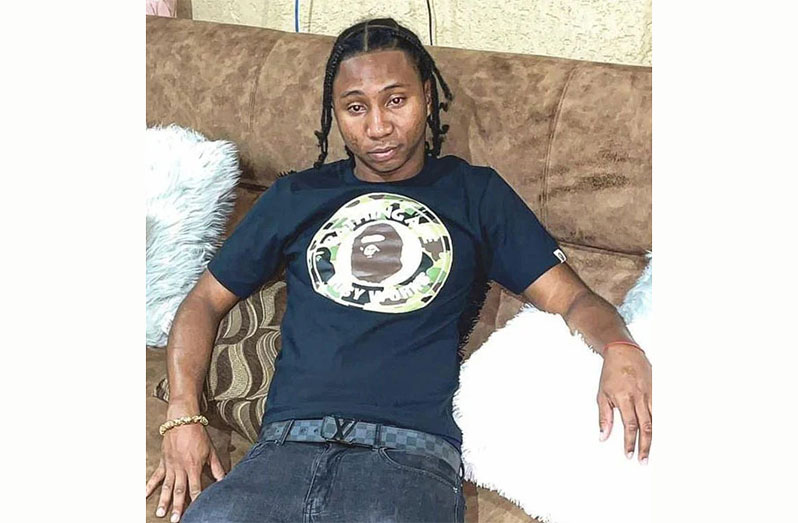