(BBC NEWS) The deadly storm that hit southern African countries this week has shown the reality of the climate crisis, a UN official has said.

The death toll from the destruction caused by Storm Ana has risen to 86.

Rescue workers are trying to reach tens of thousands who have been cut off as roads and bridges have been washed away in Madagascar, Mozambique and Malawi.

Authorities are now watching to see if a second storm – Batsirai – will hit the continent next week.

In Mozambique, where 18 people have been killed and 120,000 people affected, Maria Luisa Fornara, from the UN children’s fund Unicef, described Storm Ana as a “blunt reminder” of the impact that climate change is having.

“I lost my fishing boat, it was swept away by the strong wind,” Abdul Ibrahim, a fisherman in Mozambique’s Nampula province told AFP news agency.

“I have never seen anything like this before. It will be difficult for me to recover.”

Seeking temporary shelter in a classroom for her and her two children, Maria Jose told AFP that the first winds had blown away her house.

“I have nothing left, I lost everything.”

Some of the infrastructure that had been rebuilt after Cyclone Idai in 2019 has been destroyed again.

In Madagascar, which was the first country to be hit on Monday, the death toll now stands at 48 and some 72,000 are reported to have lost their homes.

“I am very sad because we work like crazy to make money and now our house is destroyed,” one woman said surveying the damage that was caused.

Malawi’s President, Lazarus Chakwera, declared a state of emergency in the wake of the storm which left 20 people dead in the country. The disaster management agency said families had been forced to carry the dead to burials because roads had been cut off.

A resident in the southern town of Chikwawa, described how fellow villagers spent two days holding on to trees as the waters swept through. The weather authorities are keeping a close eye on Tropical Storm Batsirai which has formed in the Indian Ocean and is moving westwards

Sun Jan 30 , 2022
Support Village Voice News With a Donation of Your Choice. (BBC NEWS) The US East Coast is being battered by the first major blizzard to hit the region in four years. Some areas are being “clobbered” by heavy snow and hurricane-force winds, and five states declared emergencies ahead of the storm’s arrival. Experts warn of “historic” snowfall in some places […] 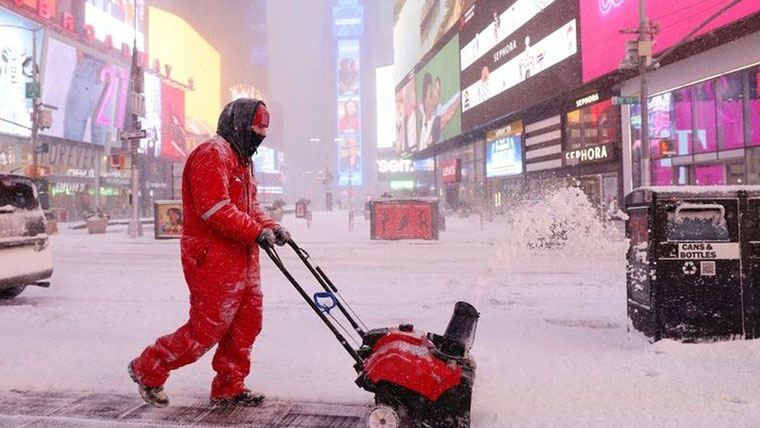