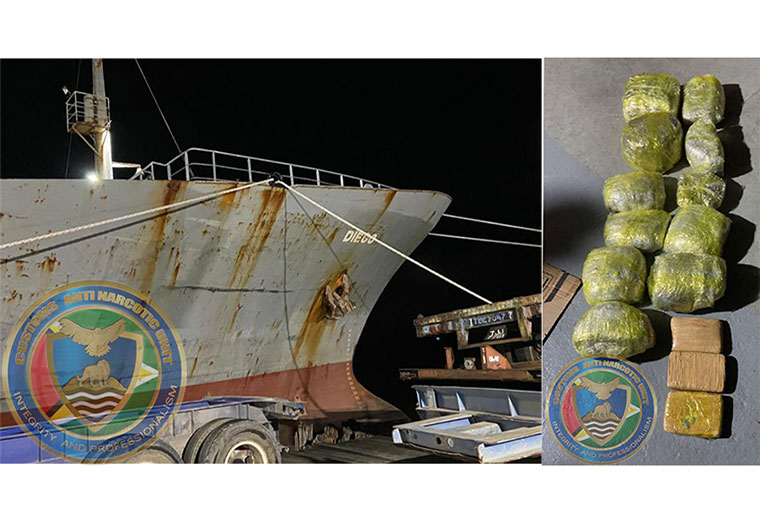 Ranks of the Customs Anti Narcotics Unit (CANU) on Wednesday morning seized some $14M worth of ganja during an operation at the GNIC Wharf, located on Lombard Street Georgetown.

In a press release CANU said officers conducted a narcotics operation at the GNIC Wharf, Lombard Street, Georgetown, during which officers from the Special Operations section conducted a search on a vessel that was scheduled to leave Port Georgetown Wednesday morning with a quantity of cement.
Several parcels suspected to be cannabis were discovered throughout the vessel during this search. The vessel is foreign-registered, with a crew of 19 foreign nationals.
The parcels, along with the vessel’s crew, were taken to the CANU headquarters for further processing, where the narcotic was tested and confirmed to be marijuana – a foreign type known as ” creepy ” with a total weight of 16.046 kgs (36 lbs.), the street value is approximately $14,000,000.00 GUY. ($68,293.00 US). If this narcotic had reached its intended destination, its street value would have been much higher. This operation is part of an ongoing multi-agency and multi-national investigation aimed at dismantling a regional network involved in the movement of narcotics from Guyana using cargo vessels.

Wed Jan 19 , 2022
Support Village Voice News With a Donation of Your Choice. The United States Coast Guard (USCG) and the Guyana Civil Defence Commission (CDC), with support from the United States Department of State’s Energy and Mineral Governance Program (EMGP), began a six-month series of joint activities designed to assist Guyana in the development of a reliable national response system and enhance […] 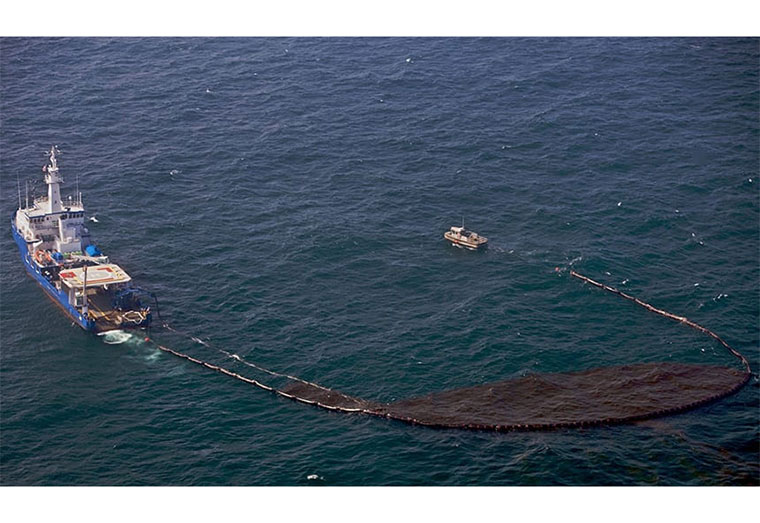