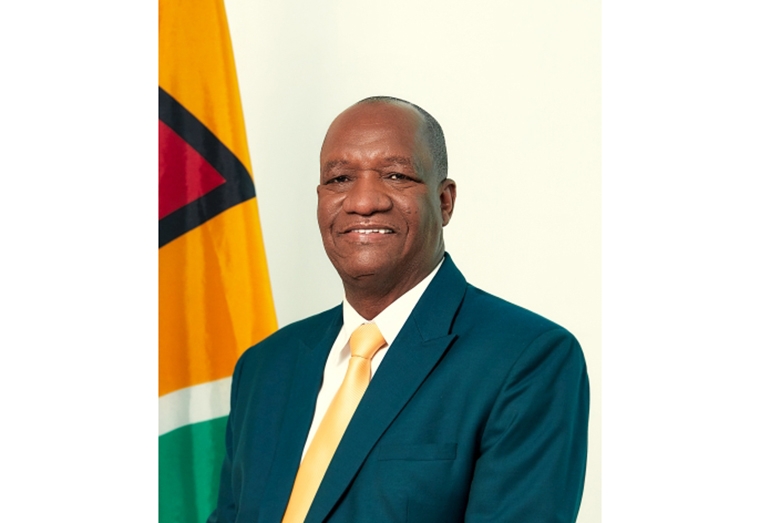 The election for the new Leader of the People’s National Congress Reform (PNCR) is over. However, the political future of Joseph Harmon, one of the contenders, is apparently not settled. On the campaign trail all the main contenders- Dr. Richard Van West-Charles, Aubrey Norton, and Harmon- told society should they win they will work immediately at uniting the party. The task and promise to keep are now Norton’s.
For the average observer, efforts at unity should see the three factions working together. But there seems to be a subgroup within the Norton faction that wants Harmon’s head on a platter. Any doubt the group may have been acting independently of Norton has been removed when he announced at a press conference, last Friday, that the Party’s Executive Council decided he must be Leader of the Opposition and Representative of the List.

The public naming and shaming of Harmon and requesting he demits office as Leader of the Opposition don’t say much for the clarity of thought. The antics are spotlighting Norton’s failed commitment, thus far, in uniting the party and questioning his readiness and focus to do the difficult work of preparing the party to win the next election. In reckless haste, valuable lessons and facts are being ignored.
It matters not Harmon campaigned that the PNCR Leader and Leader of the Opposition have to be one and cited precedents. The fact is, in the 2020 General and Regional Elections the PNCR did not contest independently but was part of the partnership (APNU) and in a coalition (APNU +AFC). These facts make Harmon’s campaign pitch for Leader mere politicking and rubbish Norton and his group’s claim to remove him on this basis. The campaign is over. Reality must step in.
Leader Norton has a responsibility to bring the disparate factions together as he promised during the campaign. Under the present configuration where David Granger is the Leader of the APNU and Representative of the List, he holds the key in determining who sits in Parliament. Norton nor his group has no guarantee that should they succeed in forcing Harmon out, he would enter the National Assembly and the position as Leader of the Opposition awaits him.

The Alliance for Change (AFC) factor cannot be ignored. Would the AFC accept Norton as Leader of the Opposition against Roysdale Forde S.C who has been making a parliamentary name for himself? Norton and team also have to consider how the public shaming of Harmon and alleged sidelining of the AFC’s choice for commissioner on the Public Procurement Commission would impact their missions. Staring Norton and his camp in their faces are issues of trust and credibility. Both are critical to political survival and the willingness of others to work with him and the PNCR.
As some noted, when Granger did not return Norton to the National Assembly, although he was the first to publicly declare his interest, it was Harmon who offered him political extension and a pay cheque. Norton was hired as the Director-General in the Office of the Leader of the Opposition, a position he quitted prior to running for Party leader.

Since the PNCR election, the APNU+AFC has upped its parliamentary game. This could suggest Harmon, et al no longer feel fettered by Granger. Members of Parliament have distinguished themselves on the Local Content Bill and the Natural Resources Fund Bill. They put up spirited protests on the streets and in the National Assembly. Such credits are not Norton’s but Harmon’s and his parliamentary team.
Antics to force Harmon out are infantile, misguided and misdirected. Harmon is not the enemy of the PNCR. He needs a strong and united PNCR to augment his parliamentary work. If the PNCR could presently accept within its leadership known persons with strong PPP association/ties, it is foolish and unwise to go after Harmon who has joined the party from youthful age.
Harmon remains useful to the party. One such piece of evidence is the refurbished and newly built party offices (Congress Houses) around Guyana. Norton should rethink his hunger to remove Harmon and call his dogs of war off. There is need to contain the cannibalistic and destructive behaviors because such do the Party, Coalition and Guyana more harm and no good. All energies should be directed to the PPP government who is clearly not governing in the interest of all.