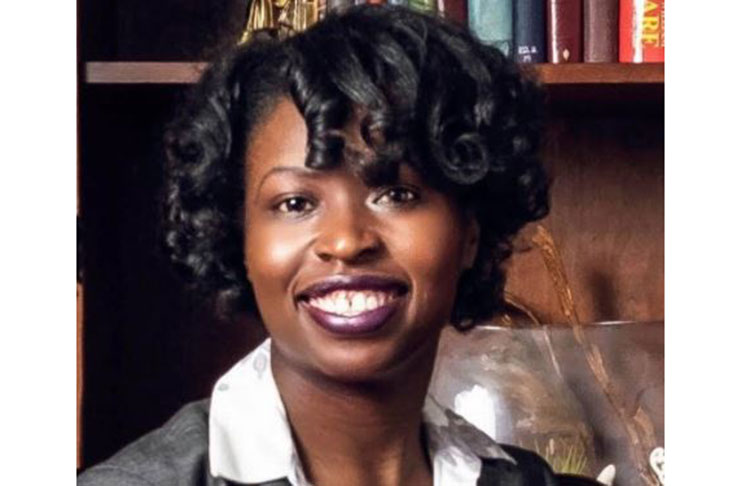 California Governor Gavin Newsom announced last month the appointment of 11 Superior Court judges, including two for the capital region who are people of color. Allison M. Williams, along with André K. Campbell, will take the bench in January as judges in Sacramento Superior Court.
Williams, a mother of two, comes from the Sacramento Public Defender’s Office, where she served as a criminal attorney for 15 years.
Originally from Guyana, Williams spent the first decade of her life in South America before her family came to the United States — she grew up in Oakland and Hayward — looking for better opportunities. Williams received her law degree from Western Michigan University and passed the state bar in 2005. Williams spoke to The Sacramento Bee in a phone interview discussing her journey. Note: The following interview has been edited for clarity and length.

Q. What made you go into law? Was it migrating to the United States?

A: No, I got a little older, I would say about junior high school and I just started inquiring to my mom, ‘Why did we leave our country?’ My mom was very active in college, in speaking out against the government when she saw atrocities, when she saw people weren’t allowed to express themselves freely through speech, through demonstration, through protest. In eighth grade, ninth grade, I started really becoming really curious about systems of government. And I didn’t know enough about the Guyanese government, but I started researching it.
And I’m learning about the American government and seeing the differences within our system of jurisprudence; how under the Constitution, in the United States, you are able to freely express yourself and protest against things that you don’t agree with, and you’re not persecuted, you’re not threatened, and you’re not thrown into jail. And so that really piqued my interest in really looking at our systems of government and looking at how people are mistreated and it really just stirred an interest.

In Guyana, there was a lot of corruption when it came to the criminal justice system there. Where if you knew people, you got a slap on the wrist when you did commit crimes. Individuals who aren’t the smartest and who couldn’t afford attorneys seem to have been mistreated by the system. And so learning about these two systems really just really propelled me to want to pursue a career in the legal realm.

Q: Do you see any similarities between the American government system, as far as corruption and getting a ‘slap on the wrist’ when certain people commit crimes?

Q: Tell me about Western Michigan and what was that experience like for you?

A: Michigan was such an endearing state. I think really what I learned in Michigan was a work ethic. I learned how to work hard and to work hard consistently. I had challenges along the way. Even when I was in high school, people didn’t think I would amount to anything in college. I had the same counselors telling me that.
In Michigan, when I heard the same thing I was so determined to prove people wrong because I understood the privilege of being able to just go to law school. I took it very seriously and working hard was something my parents really instilled in me. So I think I started to develop just a character of working hard and surrounding myself with individuals who would also encourage that type of character.
I interned at the district attorney’s office and the public defender’s office. I learned more about our system of jurisprudence. I learned more on a practical level. It was there that really my love for law (developed), my love for our system, even though it’s not a perfect system. It tries to be perfect.

Q: You’re officially celebrating 16 years since you were admitted to the bar. Tell me what that initial feeling was like; take me back to 2005.

A: I’ll never forget this story. Well, this story had an impact on my life. So I went to Western Michigan University, a small school and I remember sitting out with a counselor. She told me that based upon all these demographics, based upon this algorithm that she did, that she believed that I had a 12% chance of passing the California bar exam on the first try, and so she told me to take it as a practice test. I was so devastated. Actually, I was just disappointed that she would tell me this.
She said based upon you being a Black immigrant woman, based upon your GPA from undergrad, based upon all these different factors I have a 12% chance of passing on a first try. I said I’m going to prove her wrong. And what’s interesting is, you know, she was right. She was right in saying that there’s a 12% chance of passing the bar exam, because 12 people from my class took the bar exam that year, and one person passed and that was me.
I cannot tell you how privileged I feel being an attorney and just looking back on my life. It has been 16 years and in our community – especially in the Black community – when one person wins, we all win. But I also feel that to whom much is given, much is required, and my parents sacrifice so much for me to be able to wear it and I felt this desire to give back to my community in unique ways. And so I was just overwhelmed and delighted to be an attorney, a practicing attorney in the state of California (Sacbee.com).