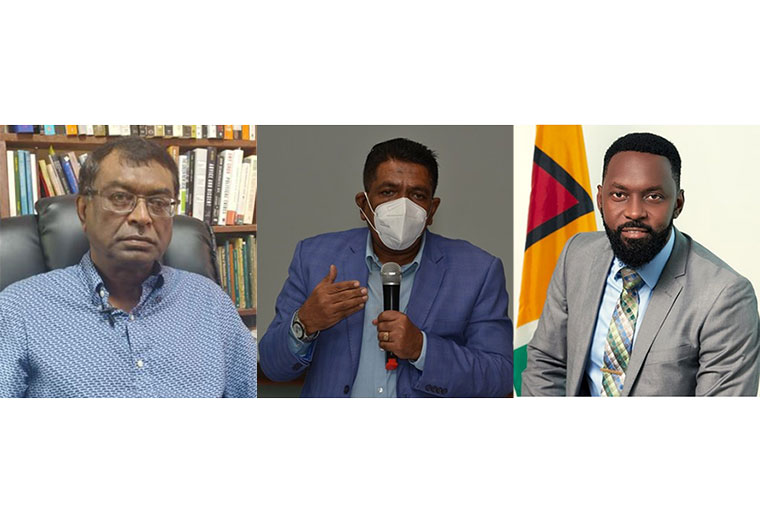 Of the additional $3.888B given to the Agriculture Ministry from the Contingency Fund, approximately $2.3B went to the ailing Sugar Industry as the Guyana Sugar Corporation (GuySuCo) runs low on cash once again.

Minister of Agriculture, Zulfikar Mustapha made the disclosure while being grilled by the Opposition during the consideration of Financial Paper No. 3 in the National Assembly on Thursday last. The Financial Paper covers advances from the Contingency Fund totaling $5.1B.

In response, Minister Mustapha disclosed that of the total sum, $1.3B was used to facilitate the disbursement of a one-off grant of $250,000 to the 5,263 sugar workers who were severed under the APNU+AFC Administration. Another $2.3B was allocated to GuySuCo as a form of “out-of-crop support” while $236.9M went to the National Drainage and Irrigation Authority (NDIA).

Notably, it was just last June that the Government, in presenting Financial Paper No. 2, sought and got approval for an additional $1.5B for GuySuCo to complement the $2B initially approved in the National Budget. In 2020, a total of $7B was approved for GuySuCo.

On the basis that the Constitution and the Fiscal Management and Accountability Act only permit advances from the Contingency Fund to respond to urgent, unavoidable and unforeseen events, MP Ramjattan enquired whether the $1.6B used to offset wages and salaries could not have been included in the National Budget presented in February.

“…This is nothing new, this is the annual regular out of crop support for GuySuCo,” the Agriculture Minister told the House in response. But when asked again if the wages and salaries were unforeseeable as required by the Constitution, the Minister, in an attempt to justify the use of the money, said that GuySuCo had “exhausted” its voted provision to respond to the floods which caused major damages throughout the country, and as such Government was merely replacing the funds utilized.

ONE OFF CASH GRANT

Turning the House’s attention to the $1.3B used to facilitate the disbursement of the financial grant to the severed sugar workers, Opposition Chief Whip, Christopher Jones asked the Agriculture Minister to indicate whether the 5,263 severed sugar workers, who are now beneficiaries of the $250,000 grant, had received their severance.

Minister Mustapha, in response, said he could not indicate whether all the severed sugar workers received their severance.

Dissatisfied with the response, MP Jones again asked the Minister whether he was unaware that severed workers had received their severance pay from the APNU+AFC Government.

“I don’t think the question is relevant to the line item,” Minister Mustapha said as he attempted to dodge the question.

Further grilled on the matter, the Agriculture Minister told the House that the issuance of the grant was in keeping with the People’s Progressive Party/Civic (PPP/C) manifesto promise, and further guided by a report released by the International Labour Organisation (ILO).

“…We have compensated them because of the punishment they went through. Families were broken up, an entire village economy died a sudden death, people committed suicide, people took out their children from school, all because of the APNU+AFC Government punishing the workers of our country,” he said.

But again, the Opposition Chief Whip sought to ascertain whether the grant was in fact severance being paid to the workers all over again. “The Government had disbursed billions of dollars from the public’s coffers, we are trying to ascertain whether or not those moneys paid to the sugar workers were severance pay. It can’t just be compensation because public servants across this country needs compensation as well,” MP Jones told the House.

Coming to the rescue of the Agriculture Minister, the Speaker, Manzoor Nadir, in pointing the Opposition Chief Whip to the Financial Paper, indicated that it was a one off payment.

Grilling the Minister further was APNU+AFC MP Vinceroy Jordan, who enquired whether any of the severed sugar workers were reemployed.

According to the Minister, some 1,200 of the affected workers were reemployed. Though currently employed, they too benefited from the one-off grant.

The ILO report referenced to by the Agriculture Minister, confirmed that the sugar workers received their severance.

According to the study, the average severance paid to a worker across the four estates was $838,117. “The averages for Wales, East Demerara, Skeldon and Rose Hall were G$613,800, $1,227,642, $509,666 AND $1,001,600 respectively. Notably, East Demerara and Rose Hall were significantly above the industry mean and almost double the amount of the other two estates,” a section of the report read.

Meanwhile MP Jermaine Figueira expressed concern over the management of the Sugar Industry. He enquired about the subvention received, production, sale, and whether the industry would become profitable in the future. According to him, the current Chief Executive Officer (CEO), Sasenarine Singh has been poorly managing the cooperation.

“We can’t be giving billions of dollars every other month for a failed industry. We have to fix it!” MP Figueira told the House. The Agriculture Minister assured that the industry, with the right investment, will become profitable in the future.

Sun Dec 19 , 2021
Support Village Voice News With a Donation of Your Choice. —says party must give more power to members, address critical national issues The 21st Biennial Delegates Congress of the People’s National Congress Reform (PNCR) has failed to address critical issues plaguing the party’s development and success, and was rather fixated on the change in leadership, so says, longstanding member Carl […]