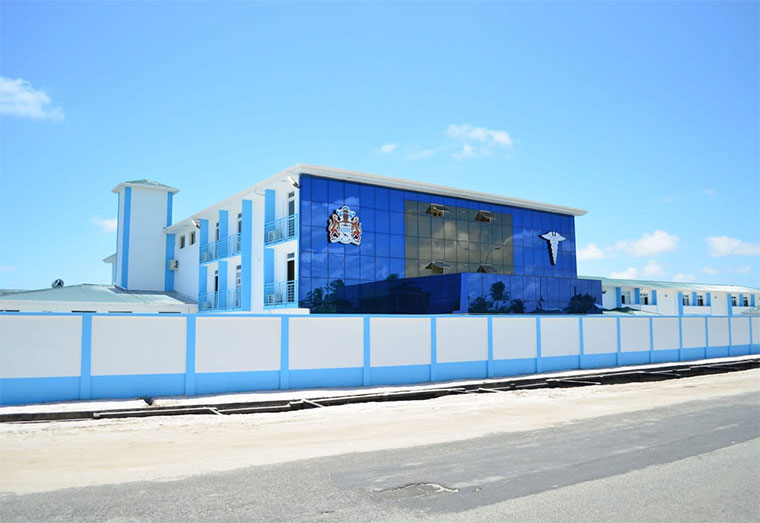 ….AG says more could have been done to keep suppliers accountable
The Ministry of Public Health together with the Civil Defence Commission (CDC) spent more than $1B to procure equipment, food, drugs and medical supplies to combat the dreaded Coronavirus Disease (COVID-19) under the A Partnership for National Unity + Alliance For Change (APNU+AFC) Government.
The Office of the Auditor General in a report on the Procurement, Storage and Distribution of COVID-19 Supplies for the period March to August 2020, said the Health Ministry and the CDC were quick in their response to the pandemic.
However, it said loopholes in contractual agreements between the agencies and the suppliers resulted in some late delivery. “The agencies worked quickly to procure the items but key details were missing from the contracts with suppliers. This caused the agencies to wait on the suppliers for the items and delayed the distribution to vulnerable persons,” the AG Office stated.

It was explained that the Health Ministry had no protection against late suppliers because the contracts did not specify duration for deliveries nor did they include penalty clauses. The audit found that close to $400M in supplies were delivered late by approximately one month, but nothing could have been done to the supplier due to the absence of a penalty clause.
Further, the Audit Office expressed concerns that food hampers distributed by the CDC may not have reached the intended target. “The Civil Defence Commission did not explain how it chose the recipients for more than 6,000 food hampers, valued at over $124M. The hampers may have gone to ineligible persons and organizations. Further, the hampers were left at the entrance of homes, risking theft,” Audit Office explained in the report.

Additionally, it was found that hampers were stored for months. “More than 100 food hampers were in the Civil Defence Commission stores for over three months awaiting distribution. This delay denied citizens much needed assistanceduring the pandemic,” the report detailed.
It was noted that in addition to the $1B injected into the fight, both the Health Ministry and the CDC received donations from local and international organisations to combat the virus. The CDC, in particular, received cash donations totaling $45M for the period under review, of which $28M was used to purchase COVID-19 supplies and to conduct public awareness campaigns.

Offering its advice, the Audit Office said the Director General of the CDC should ensure all contracts include start and end dates to protect the Commission against defaulting suppliers. It also recommended the inclusion of a penalty clause in future contracts. Importantly, it was recommended that the Permanent Secretary of the Health Ministry and the Director General of the CDC engage the Legal Affairs Minister and other stakeholders to have the Procurement Act of 2003 amended to include emergency procurement policies and procures.

Tue Dec 14 , 2021
Support Village Voice News With a Donation of Your Choice. By Svetlana Marshall Bowing to public pressure, the Government, on Monday, removed Clause 3 from the Police (Amendment) Bill which was intended to provide for the collection of DNA samples – a move which saw the Opposition offering its full support for the Bill as amended. The controversial clause sought […]