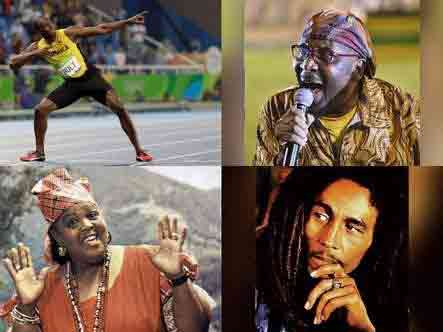 KINGSTON, Jamaica— If Opposition Senator Dr Floyd Morris has his way, Jamaica will have eleven national heroes instead of the current seven, by the time the country celebrates its 60th anniversary of independence from Britain on August 6, 2022.

Morris made the call for the four cultural and sporting icons to be so recognised, in a motion he moved in the Senate on Friday. He argued that the four globally-acclaimed Jamaicans have represented Jamaica with distinction and have contributed in a significant way to the country’s dominance in reggae music, sports and culture since 1962.

“Be it resolved that this honourable Senate calls upon the government to put in place the necessary mechanisms and procedures for these iconic Jamaicans to be declared National Heroes and heroine respectively,” Morris told the Senate.

While various committees have been set up over the past 20 years to recommend which other Jamaicans should be declared national heroes, Morris noted that the National Honours and Awards Act gives the authority to the Governor General to confer the status of National Hero on a citizen of Jamaica subject to recommendations from the Prime Minister.

If Bolt and Cliff are named national heroes, it would bring to three, the number of persons so named while they were still alive. The only person bestowed with the honour while still alive was Sir Alexander Bustamante, who was named a National Hero on October 18, 1969 along with his cousin Norman Washington Manley. Bustamante died on August 6, 1977, at the age of 93.

Sun Dec 12 , 2021
Support Village Voice News With a Donation of Your Choice. Washington D.C., 8 December 2021 (PAHO/WHO) – With 20 countries yet to reach the WHO’s year-end vaccination target of 40%, and the Omicron variant now detected in six countries in the region, the Pan American Health Organization (PAHO) Director Carissa F. Etienne said that accelerating access to vaccines will be […]