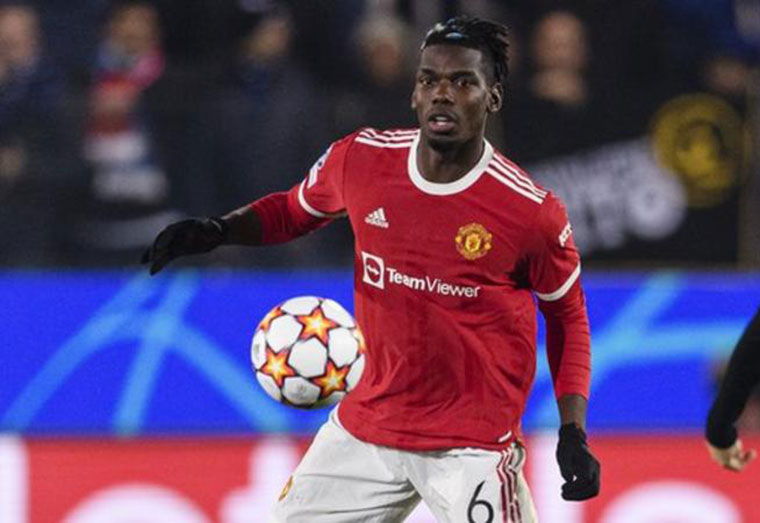 (BBC SPORT) Interim boss Ralf Rangnick says he will not try to convince midfielder Paul Pogba to stay at Manchester United if he has made up his mind to leave.

However, the French World Cup winner is out of contract next summer and free to speak to other clubs in January.

“I wouldn’t say he is not worth keeping but players need to want to stay and play for the club,” said Rangnick. “If a player doesn’t want to play for a club like Manchester United, even in the long term, I don’t think it makes sense to convince him to change his mind.

“This is such a massive club, with fantastic support, I don’t think anyone at the club should try to convince a player to stay.

“Let’s have him come back, get fully fit and training with the team, then we will see where we stand.” Pogba has been sidelined for United’s last seven matches after sustaining a thigh injury on international duty with France.

And while there have been sporadic moments of brilliance in the five years since his return to Old Trafford, he has generally underwhelmed, with former managers Jose Mourinho and Ole Gunnar Solskjaer both dropping him at times and struggling to find him a settled position.

Rangnick, who is still assessing his squad after taking the helm less than two weeks ago, has his own ideas about that and where Pogba’s immediate focus should lie. “I have to get to know him. I have to speak to him. It is about being fully physically fit. The way we want to play is high intensity,” the German added. “It will take some time for him to get fully fit. Once he is fully fit, I see him as a midfielder rather than a striker or a left winger.

“The only thing of interest to me is how do we get him fully fit. “He can be an important player, I am fully aware of that. But that is true for all the players. I am not only the coach of Paul Pogba. I am also the coach of all the other players.”

Sun Dec 12 , 2021
Support Village Voice News With a Donation of Your Choice. (BBC SPORT) The Denver Broncos paid tribute to “one of the greatest players in franchise history” following the death of Super Bowl winner Demaryius Thomas, aged 33. Thomas was found dead at his home in Georgia on Thursday, with investigators stating “preliminary information” was that he died “from a medical […]