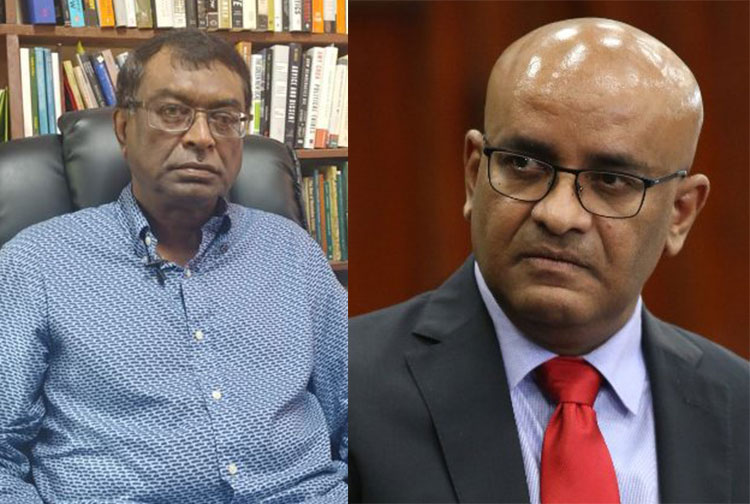 –to create hand-picked board to manage resources

When the Natural Resources Fund Amendment Bill is presented in the House it is likely to contain clause for the removal of the 22-member oversight committee and replaced by one hand-picked by the government.

At least this is what Vice President Bharrat Jagdeo said last week when he addressed a Georgetown Chambers of Commerce event. The committee created under the former APNU+AFC administration was aimed at providing broad oversight of the NRF also known as the Sovereign Wealth Fund.

Leader of the Alliance For Change (AFC), Khemraj Ramjattan believes that Jagdeo intends to use the oil money in a manner that will score him political points.

In an interview with this publication on Saturday, following the announcement by Jagdeo that the 22-member oversight body will be dismantled, Ramjattan said that the VP is using his powers to control the country. “Democracy is not only made up of winning an election. Democracy is also made up of good governance in between the election and to take away the 22-member body is a very very bad move,” Ramjattan argued.

Furthermore, he accused the administration of removing the body, so as to control what the money is spent on and in what amounts. He said, “Jagdeo may very well take it and do it as he likes conveniently to win an election, buy votes and (to fund) projects that might very well not be in the interest of Guyana, like reopening the Skeldon Estate and all kinds of nonsense, whereas a 22-member team that is made up of these civilians rather than politicos, would have a better idea of whether we go back to Skeldon or not, rather than Jagdeo, Irfaan and Ashni”.

The coalition had established the committee which comprises of representatives from the Guyana Extractive Industries Transparency Initiative (EITI), civil society organizations, Transparency International Guyana Inc. (TIGI), the Guyana Press Association and trade unions and Private Sector Commission representatives, among others. It was an inclusive, more democratic method to spend the oil monies, the AFC member pointed out.

In fact, he explained that the former administration was guided by international best practices when it drafted the Natural Resource Fund Act, when it was decided to not have the monies accessible to politicians. In this regard, the former Minister said, “The politicising of spending of oil monies is an abhorrent act…that is a very retrograde step from what we did and it is a tremendous (sign of) bad governance”.

He concluded that the move is damaging to the country’s democracy.

Meanwhile, Chartered Accountant and Attorney at Law, Christopher Ram said that Jagdeo must come clean with his plans for the management of the Fund, now that he has publicly announced his intentions to remove the 22-member oversight committee.

In fact he said: “We need to know if it’s an attempt to reduce the influence of civil society”. Ram explained that if a Board should be implemented, it would be interesting to know who will sit on the committee.

On Thursday evening, while delivering remarks at the GCCI Awards Ceremony Jagdeo revealed that the Government intends to remove the 22 member oversight committee that was originally set up to monitor the Natural Resource Fund.

According to the VP, four sets of amendments are in the making for the NRF Act.

Among those is the removal of this committee, as it makes it impossible for the administration to conduct its business. He said, “…It is almost impossible to get anything done with 22 different organisations having oversight responsibility; that has to change”.

In addition to this, Jagdeo explained that a Board of Directors is likely to be installed, which will allow for better management of the Fund. He said, “While in opposition, we said that the Minister of Finance was too directly involved and had too much of an influence in the legislation”. In this regard, the VP explained the need for transparency.

“There is no transparency on how this sum would be calculated, but the Minister appoints the macroeconomic committee, so he controls the macroeconomic committee and the minister, on his own, determines the fiscally sustainable amount he could withdraw,” Jagdeo pointed out. “We are replacing all of that with a clear formula…it is not going to be complex. It will say that below this sum on an annual basis, the money comes directly to the treasury, and beyond this sum, larger shares of it will be saved,” Jagdeo added.

Sun Dec 12 , 2021
Support Village Voice News With a Donation of Your Choice. …endorses Aubrey Norton for Leader of the PNCR   Prominent Guyanese Geotechnical Engineer, Charles Ceres, on Sunday, endorsed Political Scientist Aubrey Norton to be the next Leader of the People’s National Congress Reform (PNCR) but not before roasting the Leader of the Opposition, Joseph Harmon, and former Attorney General, Basil […] 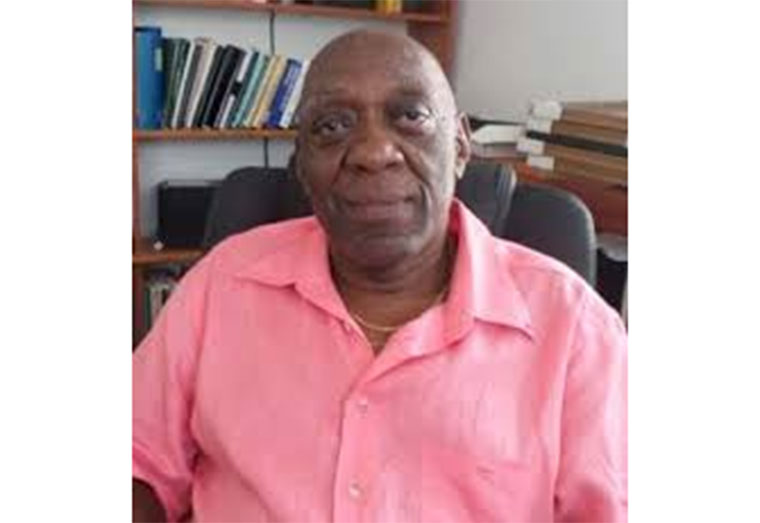