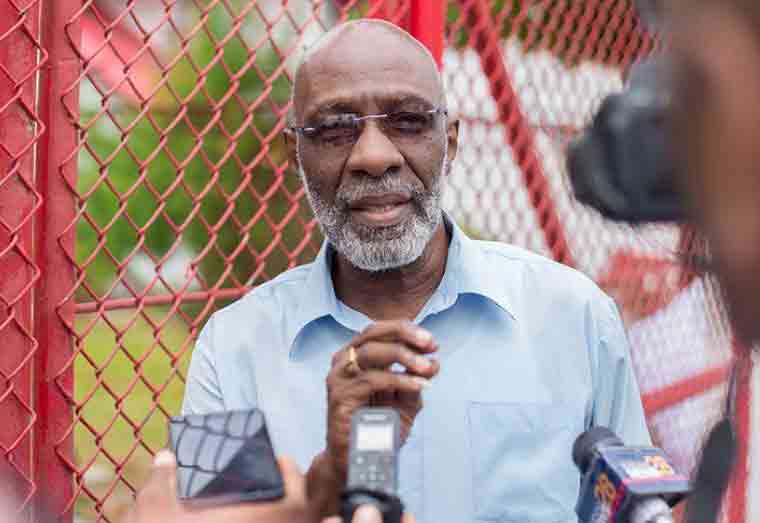 … pushes Congress to Dec. 18 in the interest of transparency

The People’s National Congress Reform’s 21st Biennial Delegates Congress will now be held on December 18, the Central Executive Committee (CEC) announced on Thursday as it heeds to the advice of its Chief Elections Officer (CEO), Vincent Alexander.
“The Central Executive Committee (CEC) of the People’s National Congress Reform at a meeting…decided that, in the interest of ensuring transparency, democracy and fairness to all its members, delegates and officials, its 21st Biennial Delegates Congress will be held on Saturday 18th December 2021,” the party said in a statement.
The decision was arrived at a meeting of the CEC on Thursday following extensive deliberation on a report submitted by Alexander.
The Biennial Congress was scheduled for December 11, however, in his report, Alexander advised the CEC to postpone its 21st Biennial Congress to December 18, 2021 to facilitate a smooth and transparent process.
In the report, which was seen by the Village Voice Newspaper, Alexander said his advice to postpone the Congress by one week is based on documents provided by Winston Felix – who is in charge of the Electoral Committee and Mortimer Mingo – Chairman of the Accreditation Committee.
“With those documents and information at my disposal and the knowledge of what is necessary for the successful holding of the elections on December 11, 2021, I have come to the conclusion that pertinent materials are still not available. For example, the voters` lists and ballot papers are still being prepared. Though they are promised within 24 hrs., in my considered opinion, there is insufficient time to guarantee their delivery to the places of poll, in a timely manner,” Alexander explained in his report.
It was noted too that officials and candidates alike are still to be consulted on procedural matters that require their fiat, including the schedule for the movement of materials to the places of poll.
Due to the current state of affairs, Alexander told the CEC that he cannot recommend nor undertake the holding of the elections on December 11, 2021.
With the Congress now rescheduled for December 18, it is Alexander’s advice that candidates be consulted no later than Sunday, December 12, and officials briefed by Monday, December 13.
It was also recommended that the voters’ lists and ballot papers should be ready by Wednesday, December 14.
It was PNCR Vice-Chairperson Anette Ferguson who had moved a motion for the 21st Biennial Delegates Congress to be postponed.
However, after much debate last Friday, the motion was amended to have Alexander review the systems expected to be in place for the Congress. Alexander was given a period of five days – December 4-8 – to compile his report. It was submitted to the CEC on Thursday.
It is during the congress that Delegates will elect their next Leader, Chairman, Vice Chairmen, Treasurer and Executive Members to sit on the CEC, however, as a result of the ongoing Coronavirus (COVID-19) pandemic, it will be decentralized and hybrid.

Thu Dec 9 , 2021
Support Village Voice News With a Donation of Your Choice. Guyana has recorded a significant decline in its fight to combat Corruption since the People’s Progressive Party/Civic (PPP/C) took Office in August 2020, Leader of the Opposition, Joseph Harmon said on Thursday, in a statement marking International Anti-Corruption Day. “We are yet to see the reconstituting of the Public Procurement […]