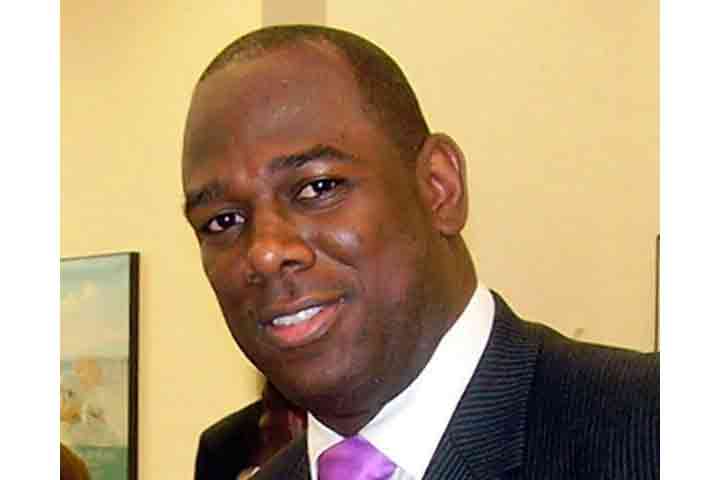 The wanted bulletin issued for activist Rickford Burke has brought again into sharp focus the seditious libel legislation that remains on Guyana’s law books despite international pressure for it to be abolished. Burke is wanted by the police for allegedly committing among other things Seditious Libel, which the police said is an overt speech or conduct to bring hatred and contempt against the Government.

Most developed countries including, United States and United Kingdom have abolished this law and the European Union in its final report on the March 2, 2020 elections here observed that despite the Constitution guarantees freedom of expression, Guyana is at odds with international obligations regarding having on its law books seditious libel and criminal defamation. The EU said in addition to civil law, defamation is prosecuted also by criminal laws with sentences up to two years of imprisonment. “While there were no ongoing criminal lawsuits or cases of journalists being detained or convicted, the mere existence of criminal liability for defamation constitutes a threat which may lead to possible self-censorship by media professionals,” the EU report.
In January 2020 the United Nations Human Rights Report (UNHR) had highlighted the fact that the Guyana had been working to remove defamation from criminal aspect of the laws. According to the report, the Office of the Prime Minister had been working with the Attorney General Chambers towards the decriminalisation of defamation. Those amendments will be before parliament before the end of 2020, the UNHR report had said.

The report had come ahead of Guyana’s human rights review at the UN’s office in Geneva. In its national report submitted to the United Nations Human Rights Council ahead of its third Universal Periodic Review next week in Geneva, the Guyana Government had said it will be pushing for the decriminalisation of defamation and those amendments will be before parliament before the end of 2020. The issue has been on Guyana‘s human rights reformation agenda for some time now, a report in the state-owned Guyana Chronicle had said.

The Guyana Chronicle report had stated that media organisations have been lobbying Guyana and other jurisdictions to abolish criminal defamation for some time now. The International Press Institute has said that criminal libel law was born in an Elizabethan England courtroom as a means for silencing critique of the privileged class. The body said a law of such antiquated ethos, has little place in modern society where the press plays a pivotal role in shaping public discourse. The IPI had been actively campaigning for the governments of the Caribbean to redress their current criminal libel laws. At present, the law is vague and open to indiscriminate and inconsistent implementation, largely wielded to quell dissent and stifle government criticism, IPI had said.

While infrequently used in the Caribbean, criminal libel statutes remain, an unnecessary resource at the disposal of any offended official, IPI said, adding that the mere threat of prosecution chills investigation and free speech, sustains corruption, unnecessarily protects public officials, and denies one of the most basic of human rights, freedom of expression.
“Criminal libel is one of the most pernicious media constraints in contemporary society. Implemented at the will of any insulted public official, it frequently leaves no recourse for the defendant. In most countries, truth is not a valid defence, leaving defence a vexing proposition.”
It is not the first time international bodies have come out against Guyana for still maintaining the law on its books. Back in 2013, Catalina Botero, the Organisation of American States (OAS) Special Rapporteur for Freedom of Expression had reiterated the OAS’s concern over criminal defamation laws, particularly when they punish offensive speech directed at public officials.

Specifically, she recalled the Declaration of Principles on Freedom of Expression of the Inter-American Commission on Human Rights (IACHR), which establishes that when relating to matters of public interest “[t]he protection of a person’s reputation should only be guaranteed through civil sanctions”, and that laws punishing insult or contempt of public officials “restrict freedom of expression and the right to information.”Botero concluded: “These principles are key to facilitating open and uninhibited debate about matters of public concern, which is an indispensable condition for the functioning of a democratic society.”

Tue Dec 7 , 2021
Support Village Voice News With a Donation of Your Choice. The U.S. Embassy announces the donation by the United States Government of 42,120 doses of the Pfizer COVID-19 vaccine as part of the Biden-Harris Administration’s commitment to fighting the pandemic, as the leading financial donor to COVAX. The donated doses of vaccine arrived in Georgetown on December 6. This brings the […]