I refer to your news report on the comments by the Vice President on Guysuco and the $250,000 to displaced sugar workers and several commentaries. Is government really interested in rehabilitating Guysuco? Or is the plan to allow it to collapse and then re-distribute the land to friends, families, and cronies?

Some fifteen months into the administration and none of the four sugar estates closed by APNU have been re-opened as promised in the PPP manifesto and by the Vice President. None is into cultivation and only a few hundreds of the terminated 7,500 workers have been re-hired.

It is abundantly clear that the only movement Guysuco has had since this government has been in office is moving backwards; it appears that workers are not better off than under this administration. The coalition did not fool the workers. It closed down four estates and vowed to dismantle them. The PPP promised to reopen the estates but has failed to do so. f cultivation had started in August 2020, in three months, there would have been harvesting and restarting of the factories.

Large sums of money in the billions of dollars have been expended on Guysuco under this current government under what staff say is the worst management in the history of the company.  Also, money given to some displaced workers is simply to appease them and reduce their wrath as government allows Guysuco to collapse. Such compensation is not an investment in Guysuco as it adds not value to the company. The money is short term relief to the workers and will add no value to Guysuco as these workers can no longer contribute to resuscitating the industry. The workers are being fooled. They are unwitting contributors to their own demise not speaking up or tacking actions to salvage their fate.

The capital money invested in Guysuco has been squandered by inept, authoritarian management. Does the CEO have the skills and knowledge of sugar production to transform the company? It is clear that management is totally incapable of doing anything good for Guysuco? After more than a year in the position, Guysuco has not been transformed. This raises the question of whether government is serious about rescuing Guysuco. Is it that the CEO is retained to guarantee the failure of the company? Are secrets being protected? Is the Ministry removing him for non-performance tantamount to kettle telling pot it is black? Ditto higher government officials?

The VP said personnel would be brought in to strengthen management. A month later, there is no eplacement of management. And there is no effort to investigate the issues raised about Guysuco’s management, loud outbursts against senior staff. As others complained, staff terminated or forced out have not been given due process hearing. Staff are fearful of filing complaints under their name for fear of victimization. They know their fate if they speak out. More and more staff are submitting their resignation at Guysuco and at NDIA.

Government has been silent and inactive at Guysuco hoping the problem will go away. Instead, it has worsened. The government should come clean on its intention for Guysuco as public money is being used to fund the company. Are the workers being taken for a ride? Is it the intention to scrap the industry? Has management been instructed to take measures to guarantee the failure of the company? Is Guysuco land being earmarked for friends of top ranks of the ruling party and cronies?

Tue Nov 16 , 2021
Support Village Voice News With a Donation of Your Choice. …complains to President about Todd, Teixeira unsavory behaviour during Border Meeting …objects to Ambassador George replacing external lawyers in Guyana-Venezuela ICJ case  Government’s Adviser on Borders, Carl B. Greenidge, in a two-page letter to President Irfaan Ali earlier this year had complained bitterly about the unsavory conduct of the Minister […] 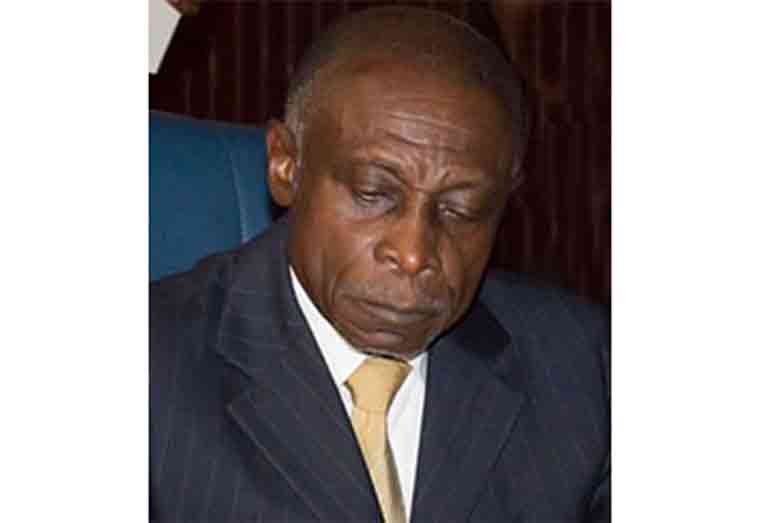