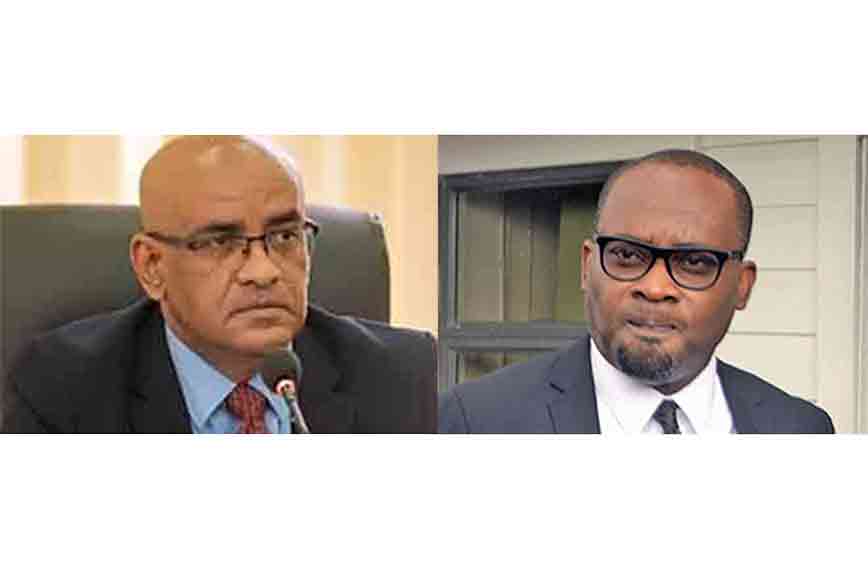 …calls for an independent investigation to be launched

A Partnership for National Unity + Alliance for Change (APNU+AFC) Member of Parliament Roysdale Forde said the Government’s failure to audit Exxon Mobil’s expenses totaling US$9.5 billion or G$1.8 trillion within the prescribed two-year deadline on the grounds that there was a lack of “strong local content” is slap in the face of local auditors here.

“Local auditors must feel like peons knowing what Jagdeo and the installed PPP/C administration think of them.  It is stunning to see that it was better for him, who has no auditing skills, to let such a potentially large sum of money be forfeited with the added loss of an opportunity for local auditors to learn on the job,” MP Forde said

He said the excuse advanced by Jagdeo for such a massive financial failure reflects a dereliction of duty by the PPP/C administration.

“Not only is this disclosure pathetic but it shows Jagdeo’s lack of confidence in the skilled persons of this country and the contempt that he and the PPP/C have for Guyanese as a whole,” MP Forde said.

The APNU+AFC MP submitted that it was reckless on the part of the Government to let potentially G$1.8 trillion go down the drain at a time when there is a continue rise in cost of living.

“With such wanton disregard for the financial needs of the people, this installed government is showing its true colours of having no real interest in working in the best interest of this country,” he posited.

MP Forde argued that there was nothing stopping a local audit firm from hiring foreign auditors as part of their workforce.  “Why does Jagdeo and the PPP/C feel that that was the best approach to use after Guyanese lost G$1.8 trillion,” he said while calling for an independent investigation into the colossal act of incompetence.

Mon Nov 8 , 2021
Support Village Voice News With a Donation of Your Choice. The Caribbean Development Bank (CDB) is calling on developed countries to re-allocate 2% of their latest Special Drawing Rights (SDR) to facilitate investment in climate adaptation measures in small island developing states (SIDS). CDB President Dr Gene Leon said, “With only 25% of flows so far going to adaptation and […]