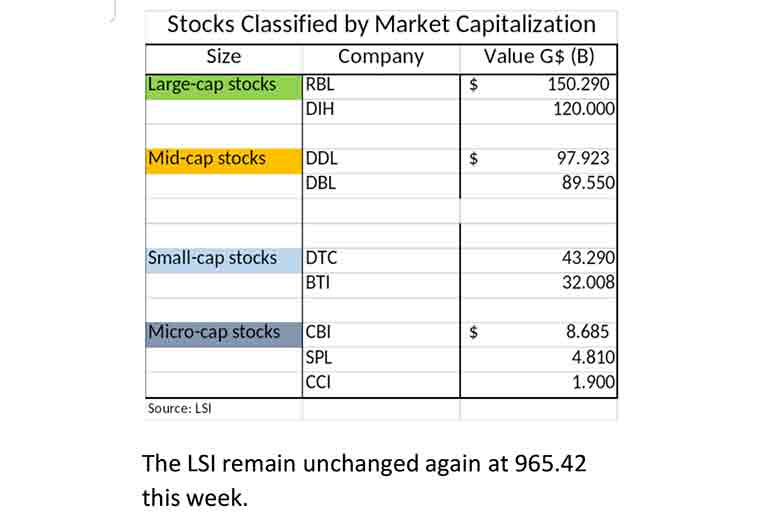 In the month of October, six stocks were active. Figure 1 below shows that the most active stocks were those of DIH and RBL which traded in each of the four trading periods during the month. The stocks of DDL and DTC traded twice during the month while those of BTI and SPL traded once. DBL, CBI and CCI continue to lag in trading activity with zero trades. 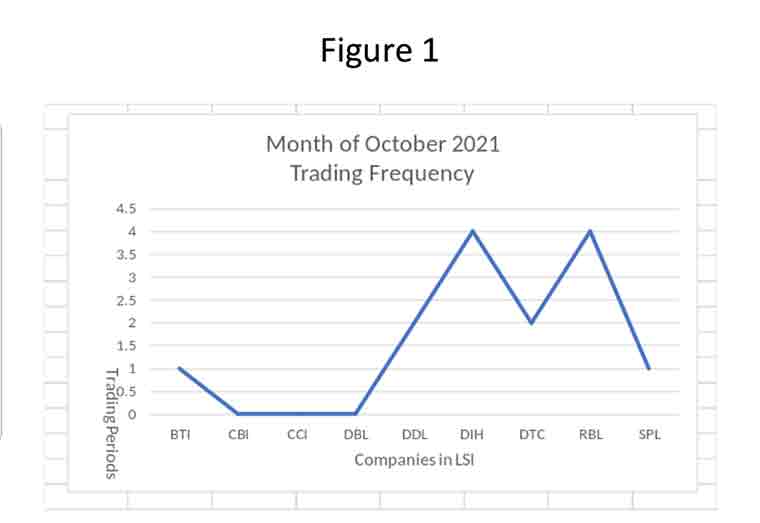 Growth in Market Capitalization
Three stocks in the Lucas Stock Index (LSI) traded this first period of November 2021 with none of them, once again, registering a gain. The three traded stocks were again DIH, DTC and RBL. With their prices unmoved, the market capitalization of the nine stocks in the LSI continues to languish at G$548.458 billion this week. As such, the respective values of the active and inactive stocks remained at last week’s levels.

Stocks in the index are now being classified by the size of their market capitalization and are displayed in tabular form below. With the addition of DIH to the large-cap stocks category, this group of stocks has assumed the dominant share of market value with 49.282 percent of the share. The share of the mid-cap stocks stands at 34.182 percent. The small-cap stocks continued to move up to reach 13.729 percent of the value of the LSI while the micro-cap stocks remain unenergetic at 2.807 percent. 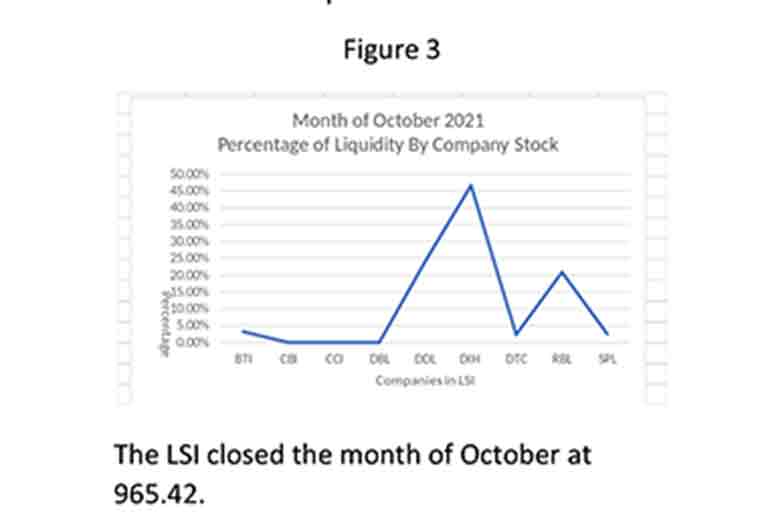 Sun Nov 7 , 2021
Support Village Voice News With a Donation of Your Choice. For this an undertaking of astounding synergy, that interplay between eyes and hands, in which the latter presented is the former perusal. And of the diverse presented, many transitioned to one painful headline of many-The recent Covid-19 defeated. For five and many were with double Sputnik-V, yet counted among the […]