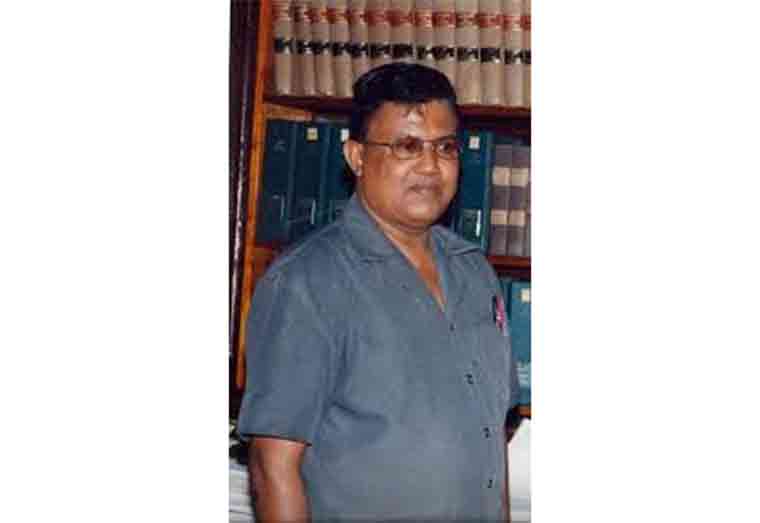 Gocool Boodoo has reportedly withdrawn his application for the post of Chief Elections Officer (CEO) but this is to be confirmed by the Guyana Elections Commission (GECOM).

Last week, Guyana’s Ambassador to the United States of America (USA) Samuel Hinds flagged Boodoo as the ex-election official attempts to make a return to GECOM as its Chief Elections Officer (CEO).

Boodoo, who once served as Guyana’s Chief Elections Officer, is among the 20 applicants, who applied for the post, however, Hinds, a former President and Prime Minister, said given the concerns raised during Boodoo’s tenure, “he may not be a good candidate” for the position.

“We don’t want to go forward with any question,” Ambassador Hinds told Political Activist and Radio Host, Mark Benschop during his online programme “Straight Up.”

During his tenure at the Elections Secretariat, Boodoo misappropriated a Linden Constituency Seat in 2006. The misappropriation resulted in the People’s Progressive Party/Civic (PPP/C) receiving a seat that ought to have been allocated to the Alliance For Change (AFC).

By 2011, the situation further deteriorated. Boodoo was accused of attempting to pass off a fictitious result during the 2011 General and Regional Elections. In the words of Elections Commissioner Vincent Alexander, Boodoo “sought to allocate the one seat majority to the People’s Progressive Party/Civic (PPP/C) rather than to the Opposition to which it rightfully belonged.” In 2013, Boodoo’s contract was not renewed.

Ambassador Hinds said the worst thing that could happen in Guyana is to have a candidate with a questionable background.

Aside from Boodoo, the other applicants include Omar Shariff – former Permanent Secretary of the Ministry of the Presidency; Vishnu Persaud – one of GECOM’s former Public Relations Officers (PROs); GECOM’s Information Technology Manager Aneal Giddings and Attorney-at-Law and Leader of the National Independent Party, Saphier Husain.

Leslie Oliver Harrow from Jamaica; Eugene Godfrey Petty from St. Kitts and Dr. Kurt Clarke from the US are among the other applicants vying for the top electoral post.

According to Alexander, the Election Commission, on Tuesday, asked the Human Resource Officer to prepare a comprehensive spread sheet of all the applicants in keeping with the unanimous decision taken.

'Set date and time for meeting'

Wed Nov 3 , 2021
Support Village Voice News With a Donation of Your Choice. …Harmon tells Ali …says engagement should not be limited to appointments of constitutional officer holders  Leader of the Opposition Joseph Harmon said President Irfaan Ali must demonstrate his commitment to meet by setting the date, time and agenda for their engagement and that it should not only discuss the appointments […]