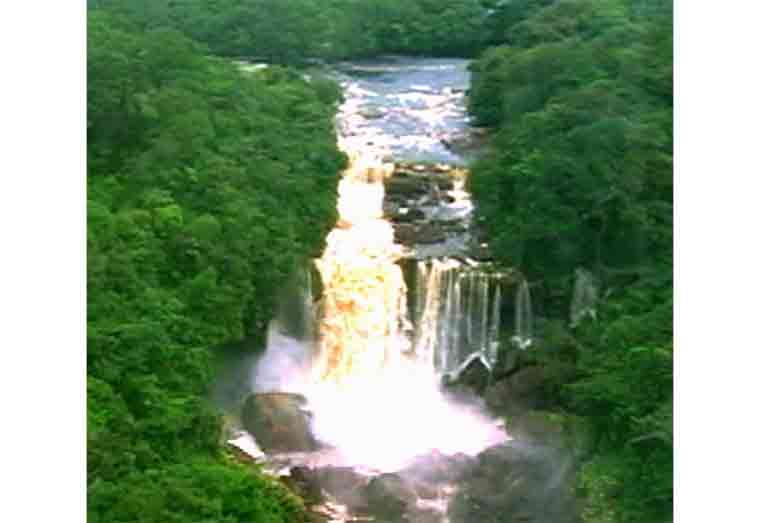 Cabinet, at its most recent meeting, has granted its ‘no objection’ for the Office of the Prime Minister to engage China Railway Group Limited to construct the Amaila Falls Hydropower Project (AFHP) based on a Build-Own-Operate-Transfer (BOOT) model where the company will supply electricity to the Guyana Power and Light (GPL) Inc. at a cost not exceeding US$0.07737 per KWH.  The company is also expected to provide the entire equity required by the project and undertake all the risks associated with the project.

According to a Ministry of Fiance release, this follows the publication of a request for proposals by Government in various national newspapers during the period July 25 to August 15, 2021. A total of four companies submitted proposals, and China Railway Group Limited was identified as the most ‘capable partner’ by the Evaluation Committee after a rigorous evaluation process, following which the National Procurement and Tender Administration Board (NPTAB) submitted the relevant recommendation to Cabinet for ‘no objection’.

According to finance ministry release, the AFHP was first identified in 1976 by the Canadian company “Monenco’ during an extensive survey of hydroelectric power potential in Guyana. Various studies have since justified and strongly supported the construction of the AFHP. Recognizing the suitability and attractiveness of the project, the pre-2015 PPP/C Government had advanced preparation of AFHP by conducting extensive technical and financial studies of the project, including an environmental and social impact assessment (ESIA). The then PPP/C Government had also mobilized international investor interest in the project, and a major private international investor (the Blackstone Group) had expressed serious interest in undertaking the project. Additionally, the then Government had earmarked US$80 million earned by Guyana under the Guyana-Norway partnership within the Low Carbon Development Strategy (LCDS) to help finance equity in the project.

Government said that efforts to advance the project were blocked and derailed by the then APNU/AFC Opposition, who voted against the project in the National Assembly. The APNU/AFC later maintained their opposition to the project when they assumed office in 2015.

In its current formulation, it is expected that the project will require no equity contribution from Government, in comparison with the previous project structure which was based on a Government contribution of US$100 million. Additionally, the current structure anticipates a cost of power that will be lower than the initial cost of 11 cents per KWH contemplated by the previous project structure.

The AFHP will lower the cost of electricity needed to power Guyana’s economic diversification and transformation into a low carbon economy, as well as reduce the cost of power to the businesses and households. The project will also support initiatives such as the electrification of transport and e-mobility and accelerate the development of a robust ICT sector needed for an interconnected world as well as a competitive manufacturing sector.

Mon Nov 1 , 2021
Support Village Voice News With a Donation of Your Choice. Government said that Cabinet has granted its no-objection for the Ministry of Public Works (MoPW) to engage China State Construction Engineering Corporation Ltd. to construct the New Demerara Harbour Bridge (NDHB) based on a Design-Build-Finance (DBF) model with financial terms and conditions which would be no less favorable than those […]