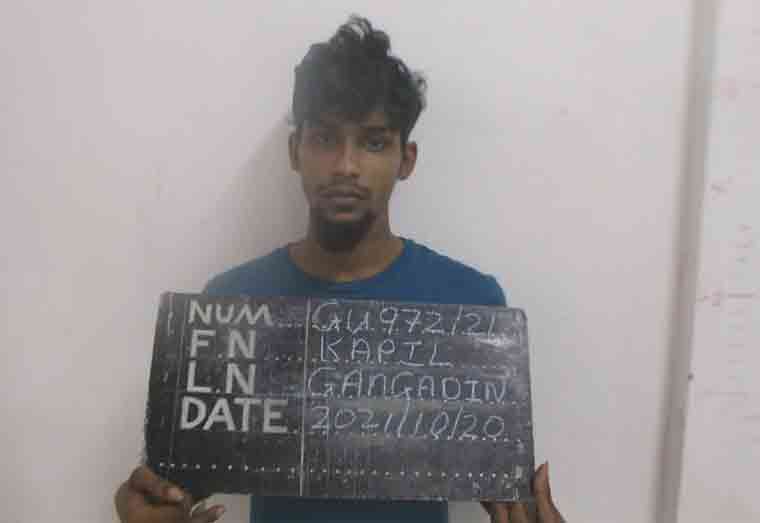 Members of the Joint Services had launched a manhunt for Kapildeo Gangadin, a double-murder accused, who managed to escape from the Lusignan Prison this morning (Thursday October 28, 2021).

Director of Prisons (ag) Nicklon Elliot had confirmed that the escape took place around 04:05am Thursday after a routine check was conducted, the Guyana Prison Service said in a release.

In the statement, the Prison Service confirmed that Gangadin was housed in the Quarantine section of the Prison.

From initial investigations, Gangadin had tampered with the housing unit. Upon gaining entry from the housing unit, he ventured to the back of the prison where he used a cloth-pole to scale the fence.

He proceeded into the farms where he scaled the gate and made good his escape into the dumpsite.

Immediately a joint patrol was established at the outer perimeter of the prison and a search was launched by the Joint Services to recapture the escape.

Fri Oct 29 , 2021
Support Village Voice News With a Donation of Your Choice. The Guyana Prison Service (GPS) is mourning the loss of Prison Officer Roxanne Winfield, who was shot to the head when five prisoners bolted from the Camp Street Prison on Mash Day 2002. The 58-year-old, Winfield died on Thursday (October 28, 2021), at the Infectious Diseases Hospital at Liliendaal from […]