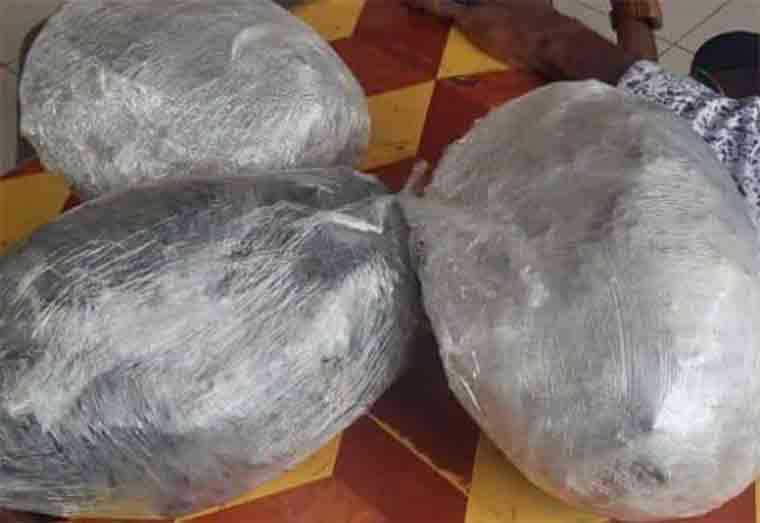 Two men have been arrested after they were found with 3175 and 3853 grams of cannabis sativa respectively.

At the station a search was conducted on a 44-year-old male passenger where three wrapped parcels containing leaves, seeds and stems suspected to be cannabis were found in his traveling bag which he had in his possession.

He was told of the offence, arrested and cautioned and admitted possession of the said suspected cannabis.

A further search was carried out in the minibus where a green and grey haversack was seen in the trunk belonging to a 23-year-old male passenger. Same contained three bulky parcels containing leaves, seeds and stems suspected to be cannabis were unearthed.

The passenger was told of the allegation, arrested and cautioned and he denied possession of the said narcotics.

The suspected cannabis were weighed and those found in the first suspect’s possession amounted to be 3175 grams while the second set of cannabis weighed 3853 grams.

Both suspects are presently in custody as further investigations are underway

Mon Oct 25 , 2021
Support Village Voice News With a Donation of Your Choice.   Carl Cameron, age 48 years, a vendor of 33 Lyng Street, Charlestown was murdered Sunday evening, police reports state. The suspect is a 30-year-old male, who is at large. According to police enquiries disclosed that one week prior, the suspect had accused the victim of sharing a video on […]