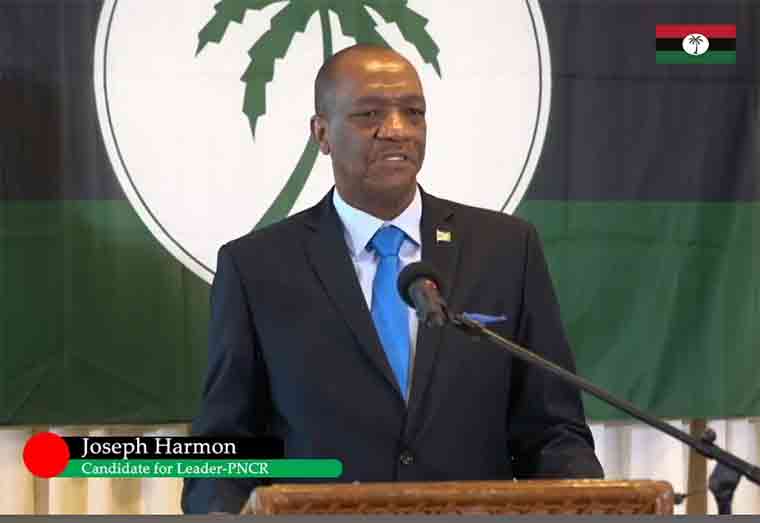 …as he launches bid for PNCR No.1

Backed by some of the leading Opposition Members of Parliament, Joseph Harmon – the country’s Opposition Leader – promised sweeping changes as he unveiled a 10-point plan centered around unity and inclusiveness during the official launch of his campaign for the leadership of the People’s National Congres Reform (PNCR).

However, from the onset, Harmon, whose leadership qualities have been placed under the microscope ahead of the PNCR Biennial Congress, took a hit at his critics, among them GHK Lall, who days ago wrote a scathing  letter to the press criticizing him. Lall was the Head of the Guyana Gold Board under the coalition administration. “For a man who made the military a long part of his career, he lacks militancy; and for a practicing Attorney, of a sort, there is the absence of vocal, vibrant advocacy in the political realm. What does he represent? Who can he represent? Who is he really representing? …He has nothing to offer. He is mere a bystander at this most crucial time in our history,” GHK Lall wrote.

But Harmon who is now running against Political Scientist and Party Stalwart, Aubrey Norton, and Dr. Richard Van West Charles for the leadership of the party, said he remains unfazed.

“I am Joseph Harmon, and I will stand firm. I am not afraid of what you have to write…,” Harmon said as he addressed his party comrades at Herdmanston Lodge on Thursday evening.

According to Harmon, the utterances of Lall and others are intended to divide the PNCR in an attempt to aid the ruling People’s Progressive Party/Civic (PPP/C), however, he said elected or not, he will work earnestly to unify the party.

“Win, lose or draw, the bigger picture is our party,” Harmon posited, while highlighting the critical role PNCR continues to play in the development of the country since 1955.

He said in order for the party to move forward there must be unity, however, this cannot be achieved without healing. “I believe our party is haemorrhaging; I believe we are at a place where we have to take stock and regroup; I believe that as the first item on any agenda must be the healing of our party; must be bringing all the various little groups and fractions together. That is how we will beat the PPP; the PPP they are mortally afraid of a strong PNCR,” Harmon reasoned.

As part of his quest to acquire unity, Harmon said his team would reach out to members who feel sidelined or who were affected by issues plaguing the party. “We will bring home our comrades,” he assured.

Harmon, in his address, also tackled the need for inclusiveness. He clarified that the PNCR is not a “black people party” as it is believed but rather a party for all people regardless of race, colour or creed. “There is a lot of misconceptions about what our party is and what we stand for, and that misconception in very many cases is perpetuated by some of the actions which we take as members and leaders in the party; we have to cleanse ourselves of that, we have to ensure that inclusiveness is something that we strive for on a daily basis,” he reasoned.

Harmon said too that he will work to reconnect members to the rich heritage of the PNCR through promotion and development. Referencing to his recent visit to Ghana, Harmon said he had the privilege of retracing the steps of PNC’s Founding Leader, Linden Forbes Sampson Burnham when he first visited Ghana and the political development that followed. “I have come back from Ghana a stronger person; I better understand myself; I understand my abilities, my capabilities and my frailties as well; I understand it better to serve the people of this party and the people of Guyana,” Harmon said.

Further, Harmon assured that once elected leader of the PNCR, he will reintroduce education and training for members in an effort to enhance their standards of living and working conditions. He said PNCR will work to help Guyanese reposition themselves to benefit from the Oil and Gas Sector, and all other resources.

It was at this point that he expressed disappointment that an ExxonMobil Report on its operations in Guyana has not been provided to the Office of the Leader of the Opposition though numerous requests were made. He said the Opposition will not tolerate such behaviour from ExxonMobil or any other foreign company operating in Guyana.

As part of his plans, Harmon intends to develop a strong youth and women’s movement and place the party on sound financial footing. He said it would be political suicide to ignore the young people of the country when they constitute the largest voting bloc. “So as leader, I intend to give more resources to our Guyana Youth and Student Movement; I intend to see it reorganise; I intend to see it reaching out to young people across this country…,” he posited.

Warning the PPP/C that its time in office will soon end, Harmon assured that the PNCR will “regroup” and “reenergise” under strong leadership.

Fri Oct 22 , 2021
Support Village Voice News With a Donation of Your Choice. GTT on Friday launched a major fibre education campaign aimed at giving its GTT Fibre internet subscribers a better understanding of the function and benefits of the technology, and how it can work to improve their quality of life. The educational thrust follows the recent launch and ongoing expansion of […] 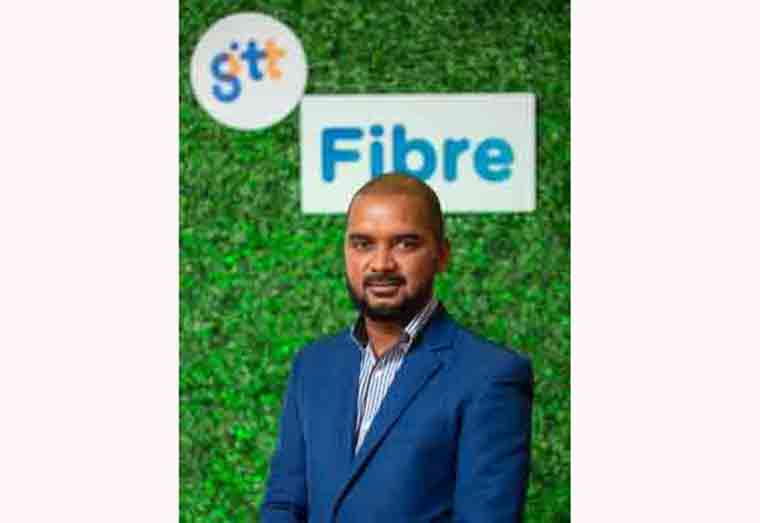