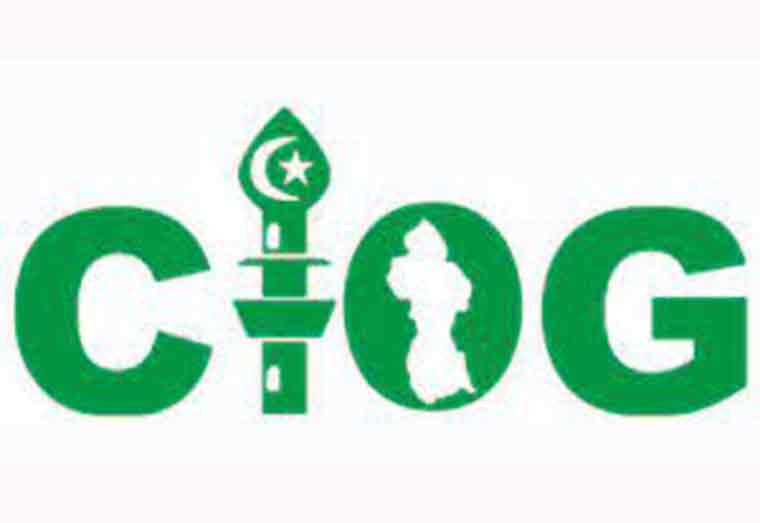 Kaieteur News – In the name of Allah (swt), The Merciful, The Compassionate
O Allah bless our beloved Prophet Muhammad (saw), the light of lights, the secret of secrets,
the antidote for depression and the key to the door of ease.
Assalaamu-Alaikum Wa-Rahmatullahi WaBarakatuh.
May the peace, mercy, and blessings of Allah (swt) be with you all.
My dear brothers and sisters in Islam and humanity, on this joyful occasion of observing the
birth and life of our beloved Prophet Muhammad (saw), I extend to you on behalf of the Central
Islamic Organisation of Guyana greetings on this auspicious occasion of Youmun-Nabi. I pray
Allah (swt) will increase us in love for the final Messenger to Humanity, Prophet Muhammad
(saws). May Allah (swt) bless us and accept all our devotion and service. Ameen.
More than fourteen hundred years ago, Allah (swt) bestowed his greatest mercy upon humanity by sending the Prophet Muhammad (saw) to teach the message of the Qur’an and guide humanity with his exemplary conduct. The Prophet (saw) was destined to be the best human ever to live on
Earth— the most virtuous, the most patient, the most loving, the most courteous, the most merciful among men, the best to his wives, his friends, his family, the most honest, the most trustworthy, and so much more that even his enemies testified to it. The Prophet’s (saw) character was of such high moral excellence that Allah (swt) confirmed his greatness.

And you are of the highest standard of character (Quran 68:4)
Prophet Muhammad (saw) lived among his people with such high moral character they called
him al-Amîn — the Trustworthy. He was decisive and whole-hearted in everything he did. He
spoke when he saw benefit and spent long periods in silent contemplation. His speech was
comprehensive, being neither wordy nor abrupt. He had a mild temperament and was never
harsh nor cruel, never coarse nor rude. He expressed gratitude for everything given to him.
People entered his gatherings as seekers and left enlightened. He never stood nor sat without
mentioning the name of Allah (swt). He never reserved a special place for himself in a
gathering. He gave each of those who sat with him full attention. Voices were never raised in his
presence. The aged were respected for their age and the young were shown compassion for their
youth.

His wives and companions spoke of his humour and cheerfulness. Once an old woman asked him
if she would enter paradise and he replied, “Old people don’t go to heaven!” The woman was
crestfallen with the answer he had provided, to which he added with a smile, “You shall enter
paradise in the prime of your youth.”
And once a gruff desert Bedouin came into the mosque and prayed out loud saying, “O God forgive me and Muhammad (saw) and don’t forgive anyone else.” Hearing this, the Prophet (saw) laughingly observed, “You are limiting the vast mercy of God.”
The Prophet’s (saw) love and compassion for his fellow beings and his concern for their welfare
in all spheres of human endeavours were paramount. He was a ruler concerned with the welfare of his subjects, and he continually sought improved relationship between members of the Muslim community and those of other faiths, preaching and practicing brotherhood, tolerance, and
patience. His dying words were, “Treat your women well, and do not oppress your servants, the prayer, the prayer, don’t be neglectful of the prayer. O God, my highest companion, my highest companion.”

The occasion of celebrating the birth and life of our Master and Guide Prophet Muhammad (saw)
should be used to strengthen our will to follow his example. Are we emulating him by trying to be merciful to our fellow man? If we aren’t, we should understand that our adherence to his tradition is wanting. Let us reflect on some of his messages: “..verily, Allah is kind and He loves kindness and confers upon kindness which he does not confer upon severity and does not confer upon anything else besides [kindness].”
“Wealth, social position and racial superiority do not give special status to anyone; all of you are equal in the eyes of God. It is only the path of righteousness, which makes you a distinguished human being.”
We should remember that our love for the Prophet (saw) will be a means of our being with Him
(saw) God Willing. Let us spend these days in increased prayer upon the Prophet (saw), as Allah
(swt) commanded us in the Holy Quran Surah Al-Ahzab 33:56.
Allah and His angels send blessings on the Prophet: O ye that believe! Send ye blessings on him,
and salute him with all respect.

This is a unique command from Allah (swt). One in which Allah (swt) commands us with an act
in which He (swt) and His (swt) Angels are performing. Remember that when we send blessing
on our Beloved Rasoolullah(saws), Allah (swt), His Angels, and His Messenger send mercy on the one who invokes blessings. Such a person’s wrongdoings are expiated, his good deeds are
increased and purified, his status elevated, his wealth increases, it removes hardships of poverty
and the suppliant attains proximity and closeness to Rasoolullah (saws) on the day it most matters.
The blessings (themselves) seek forgiveness for him and his sins are forgiven. Whomsoever makes it his complete regimen by day and night, both his worldly and otherworldly matters are taken care of; it is a source of protection from turmoil on the day of reckoning. Rasoolullah (saws) will testify on that day of judgment for such a person and His (saws) intercession will be granted for him.
Our undying love for Prophet Muhammad (saws) is the framework by which every Muslim lives
his life; and what a beautiful life we will have if we pattern ourselves by the most beautiful example depicted to us by our Beloved and final Messenger Muhammad (saw).

PEOPLE’S PROGRESSIVE PARTY
On the occasion of Youman Nabi, the People’s Progressive Party (PPP) wishes to extend greetings and best wishes to all Guyanese, more particularly, our brothers and sisters of the Muslim communities both here in Guyana and overseas.
Youman Nabi is a very sacred occasion to Muslims across the world since it marks both the birth and death anniversaries of Islam’s Holy Prophet Mohammad. Its observance allows for worship and reflection on his exemplary life and inspiring teachings.
The messages that are associated with Youman Nabi, offer guidance to all of mankind and are invaluable to the realisation of universal peace and togetherness thereby enabling opportunities for forgiveness.
Youman Nabi, like other national observances, is invaluable to the promotion of unity through
participation and increases the potential for the building of tolerance which is vital to the realisation of national harmony. This will take a collective effort and will redound positively for our country.

Cognisant of the teachings of the Holy Prophet (OHBP), the PPP also believes that the occasion of Youman Nabi allows for the renewal of mindsets to follow the path of virtue and peace as epitomised in the religion of Islam.
All are therefore urged to use the occasion for meaningful reflection, for spiritual advancement and to heed the many lessons of humility, contentment, respect and love among mankind. Our Party is also aware of the impact the ongoing COVID-l9 pandemic has on events associated with national observances. The Party is confident that, despite the challenges, the spirit and significance that Youman Nabi embodies will remain vibrant and relevant to our personal and collective development. Once again, best wishes.

APNUAFC: Use lessons of the Prophet's life to demand justice for our people

Tue Oct 19 , 2021
Support Village Voice News With a Donation of Your Choice. On the occasion of Youman Nabi also known as Mawlid al-Nabi, Muslims here in Guyana and around the world gather in groups in masjids and other places to reflect on the life and the tremendous work of Prophet Muhammad (peace be upon him) who is known as the final messenger […] 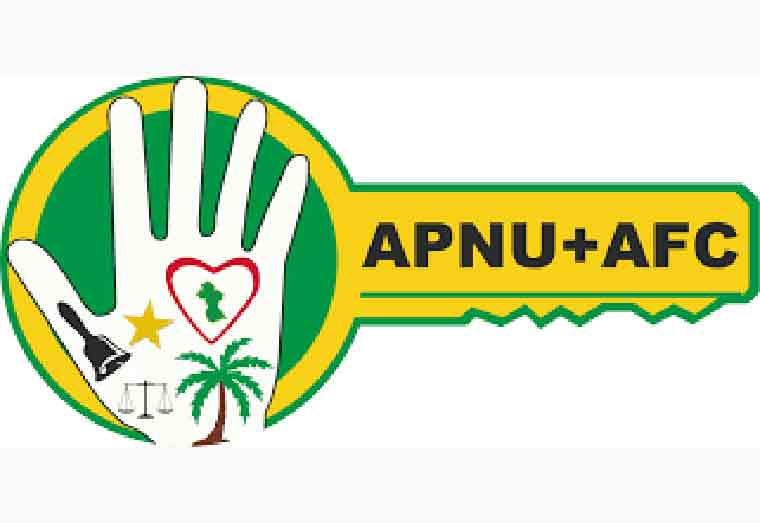