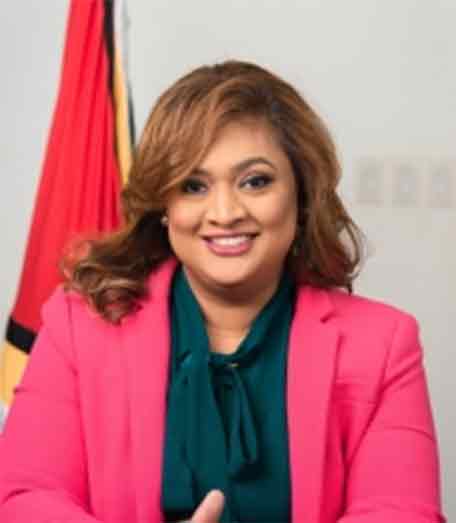 The Ministry of Education has rejected claims by the opposition that the integrity of this year’s NGSA results has been compromised.
The ministry insisted that the exams and marking process have received ringing endorsement by the Caribbean Examination Council.
In a statement the ministry said it finds the APNU+AFC statement disappointing and saddening, noting that the party was unable to unreservedly congratulate the students, parents, teachers and Education Ministry who in the midst of a pandemic persevered and conducted and sat the assessment.

However, the Ministry thanked the party for acknowledging publicly that the process was clean and bears the integrity any exam should. APNU/AFC by stating that the process “could have been brought into disrepute” is clearly and openly acknowledging that the process was NOT brought into disrepute. “As of 2016, the NGSA has been administered by the Caribbean Examinations Council. The premier regional examination body whose examinations most Guyanese have written to start their careers and further studies locally and internationally. This year, in the interest of a fully transparent process that carries the CXC mark of integrity, the role of that examining body was EXPANDED to conduct the exam from the beginning to the end. Far more than they were contracted to do under the APNU/AFC. To bring this reputable examination body into disrepute of being unable to run an examination without interference is a slap in the face of this entity, CARICOM, and hard-working Guyanese. It also brings into question the foundation of many people’s lives,” the ministry statement read.

“The process was entirely a CXC process and the way the exam was conducted and marked is fully endorsed by CXC as was stated openly by Dr. Nicole Manning the Director of Operations, of CXC,” the statement said.

According to the ministry this year Guyana’s children performed well in harsh circumstances. “We should all be celebrating that. If the APNU/AFC had listened to the children who wrote the exams they would have heard almost all of the public-school children and many of the private school children crediting for their success, the NGSA Booster program on the Learning Channel, text books they received, The QuizMe platform and the consolidated curriculum, none of which existed prior to August 2020.”

Still, the Ministry believes it was doing what it is mandated to do: respond as the needs arose, a matter about which the Ministry remains proud. “That party can make itself useful and would be serving its constituency sensibly if it were to encourage parents and students alike to make good use of those products in the absence of normalcy in the school environment and in preparation for next year’s NGSA.”

The ministry also noted that the APNU/AFC  questioned why statistics were not given. “This year for the first time, CXC prepared and presented the report and more statistics than are usually given were presented on a screen, no less, complete with bar graphs and charts. The Ministry would be happy to help the opposition interpret those statistics. The Ministry of Education is also pleased to say that within the next few days any member of the public would be able to access the performance of any school to see the progress/decline thereat for the last few years. We will do this with great pride and in the interest of transparency and accountability.
For we do not believe we can advance if we do not all acknowledge where we are. This is a marked departure from the APNU/AFC not publishing the education digest for any of the years it has been in office, a practice the PPP/C government had made normal for all almost its years in office.”

“We repeat, if a mere, routine visit in the presence of cameras and close to 500 persons, all of whom have camera phones, by a minister, whether it be Minister Manickchand or Rupert Roopnaraine who also visited the marking centres several times, could bring the process into disrepute then we need to throw the entire process through the window and start again. Except we do not. Because there is nothing wrong with any such open visit. For the APNU/AFC to have suggested otherwise was an illogical, mischievous, politically opportunistic position that was adopted which simply does not reflect the truth and which they now accept was a flawed position even as they continue to offer enough suggestions to create doubt.”

The ministry said too that the attempt by sitting MPs of the APNU/AFC to bring children of Ministry officials into disrepute and/or to publicly bully and/or take actions that can cause them to be bullied and harmed is nothing short of reprehensible and must be condemned by all.  “The Ministry is viewing this matter with the seriousness it attracts and will take any action necessary to protect the nation’s children.
In the meanwhile, the following questions remain unanswered by the APNU/AFC. The APNU/AFC should say to Guyanese why is it that in previous years under their governance some national secondary schools were awarded a total of 10 to 20 students less than they can accommodate and why students who did not attain those top schools ended up on benches therein and how those students were chosen.

The party should say why is it that candidates who were 12 years and 7 months had their raw scores reduced simply because of their age even after the matter was brought to their attention. Thirdly, answers should be given as to why after reviews were submitted for previous NGSA examinations in the last five years that 30% to 40% of students’ grades had to be changed in favor of the student and when an understandably concerned CXC asked and indicated that they would like to or should be a part of that review process this was denied. Why is that? ”

“Lastly, the party should say why the former Minister of Education Nicolette Henry instructed that the scripts of NGSA exams be burned almost immediately upon marking thereby breaching all established international examination protocols.

The Ministry reiterates its position that the education of the nation’s children should not be politicized and hopes that the APNU/AFC can adopt a responsible posture going forward.”

Ravi Dev is deliberately trying to deceive his readers

Mon Oct 18 , 2021
Support Village Voice News With a Donation of Your Choice. Dear Editor, In an article published in another section of the press on October 3, 2021, under the caption, “PNC’S CONTEMPT FOR INDIANS”, the writer, one of my critics, was exploring the attitudes of certain public figures on issues of race and stereotypes.  Of course, he appeared to be unaware […]