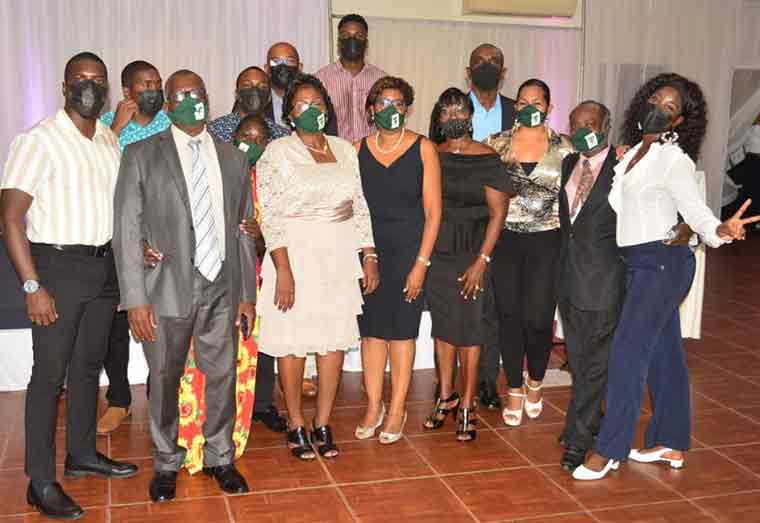 A University of Guyana Graduate with a Science degree in Biology/Chemistry, Paula continued to push herself by furthering her studies in several aspects including acquiring a Masters Degree in 2012 which helped to equip her in preparation for the Head Mistress position which she attained in 2014 and served with distinction.

According to a release by the school, glowing tributes flowed along with some tears at a small tribute and dinner event held in her honour at Park Rayne, on Thursday, October 7, 2021. Several past students, the current Principal (ag) Ms Rayon Tobin, Board of Governor (BoG) members (past and present), teachers, Ministry of Education CEO and officials, USA and Canada Alumni Association members via Zoom, family members and friends were in attendance.

And from the BoG perspective she will be tough act to follow, having excelled in ensuring that the school’s matriculation rate, which ensured that all students graduated with passes both in Math and English and at least three other subjects minimum on an annual basis at all external examinations. She attained that 100 percent matriculation rate almost every year and never fell below 98 percent only on the one occasion during her tenure. This impressive achievement of having all graduating students achieve at least five subjects was further topped by notable top performers both in Guyana and the Caribbean at external examinations, emanating from St Rose’s High School also. This should be the focus of all Principals at high schools within the education system here in Guyana as this would ensure that every child has the chance to succeed in life after leaving every high school here in Guyana. This is the huge legacy which Mrs Paula Hamilton has created during her tenure at St Rose’s High School and for our country at large.

Additionally, several beautiful cultural items honoured this great lady including 2008 graduate and charismatic singer Jackie Jaxx. Alumni Associations of the USA and Canada also were in attendance via Zoom and these also played a key role in helping to organize the event. The programme was chaired by well-known cultural and broadcast personality Mr. Russel Lancaster, himself a St Rose’s Alumnus.

President of Badminton Association passes on