Guyana is an interesting place. While Vice President, Bharrat Jagdeo, who is the lone member of the ‘National Investment Committee’ is telling the Guyanese people that we must temper our expectations and should not expect benefits from the oil and gas industry until the next few years, people are selling island(s) in our country.

I saw on an internet posting, that one of the three islands in the Demerara River was sold for G$315,000,000 million dollars. This sale has particularly aroused my interest because I am currently assisting some of the residents of Coverden on the East Bank of Demerara to develop a community transformational plan which will focus on three economic areas: Tourism, agriculture and semi-industrial.

While Coverden has its own history, culture and heritage, the tourism product which is being developed will capture the attractions in the upper and lower Demerara River areas. This we believed can create significant employment for villagers from Coverden, as well as neighbouring communities, and essentially create more value from the history and heritage in that part of the Demerara River.

The tourism potential in that part of the Demerara River area is largely unexplored and residents of Coverden would like to pioneer this economic venture. I grew up in the Coverden/Soesdyke/West Demerara (riverain) areas and therefore I am very familiar with the potential for tourism.

For those who do not know these areas, I would like to quote extracts from Major General (retd) Joseph Singh’s article titled ‘The Wonderful Demerara River’.  He stated, ‘The early Spanish explorers referred to this river as ‘Rio de Mirar’, the wonderful river, but it was the Dutch who christened the river, the Demerara, from the word ‘Demirar’, the wonderful.  The wonderful Demerara River originates from the rugged, rain-fed, forested northern slopes of the Makari Mountains, located slightly right of centre of the narrow waist of Guyana’.

Singh further wrote ‘This article on the wonderful Demerara River is intended to provide the reader with relevant aspects of Dutch, French and British occupation of the Colony of Demerara as they pertain to the pivotal role of the river in facilitating the development of early settlements, plantations and enterprises. It illustrates how the river was integral to this development and helped shape the foundations of trade and commerce based on sugar, minerals and timber that have been the magnets for colonial exploitation and post-emancipation settlement’.

Our tourism product for Coverden, is being built around this history. Major General Rtd. further wrote ‘It is the river that provided the artery, conduit and lifeblood for the multiplicity of activities. Commencing in the 1750s under Dutch colonial occupation, the early settlements existed alongside plantations on both banks of the Demerara River, where European Planters, utilizing their slave labour, produced sugar, coffee and cotton for the Dutch West India Company’.

What some of the residents of Coverden are endeavouring to do, is to capture and create more value from our Dutch, Spanish and British history in that part of the Demerara River.  In 1753, when Demerara became a colony separate from Essequibo, the Dutch had established its administrative headquarters/Capital on the ‘Borsselen Island’, one of the three islands in the Demerara River, in the County of Demerara.

What is interesting is that the advertisement for the sale indicate ‘Island Life Demerara – Own your own island in the Demerara River’. The island is 49 acres. There was not even any mention of the name of the island. Well, I wish to inform members of the public that the name of the island is Borsselen, and it has a rich history. I hope that the other two Islands, Inver and Biesen were not sold too.

Major General Singh’s article further stated ‘On 3 February 1782, the French captured the colony from the British and the new town was named Longchamps. When the Dutch regained possession of the colony on 16 February 1784 under the terms of the Treaty of Versailles, Longchamps was renamed Stabroek and when on 22 April 1796 the colony again came under British rule the administrative centre continued to expand and on 5 May 1812, Stabroek was renamed Georgetown’.

President Ifraan Ali indicated earlier this year that the Government is willing to consider proposals from citizens, as such we were hoping to partner with the government and possibly an investor, in developing this tourism idea/venture.

Thu Oct 7 , 2021
Support Village Voice News With a Donation of Your Choice. HELSINKI, Oct 7 (Reuters) – Finland on Thursday paused the use of Moderna’s (MRNA.O) COVID-19 vaccine for younger males due to reports of a rare cardiovascular side effect, joining Sweden and Denmark in limiting its use. Mika Salminen, director of the Finnish health institute, said Finland would instead give Pfizer’s […] 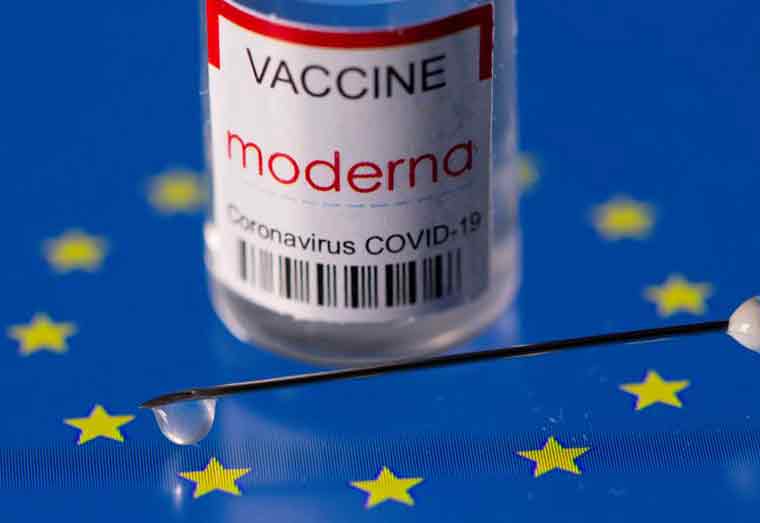