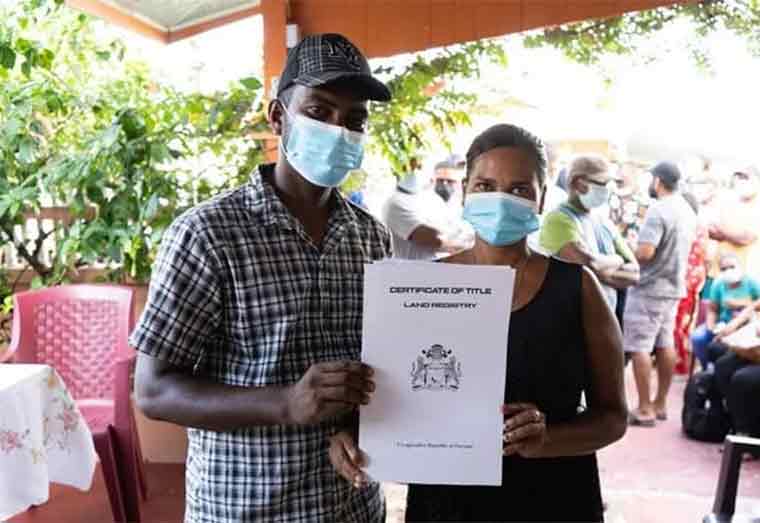 Forty five residents of Non Pareil, East Coast Demerara received their Certificate of Titles, which now stand as evidence that they own the lands they occupy.

Attorney General and Minister of Legal Affairs, Mohabir Anil Nandlall, SC, MP; Minister within the Ministry of Housing and Water, Susan Rodrigues, MP, and representatives of the Land Registry and the Sugar Industry Labour Welfare Fund, on Wednesday handed over these titles.

The Attorney General pointed out that many of these residents, who are either sugar workers of descendants of, have been waiting years, and in some cases decades, to receive their land titles. He recalled that it was under a former People’s Progressive Party/ Civic (PPP/C) Government when this land titling process had begun but was discontinued under the APNU+AFC Administration.

The Attorney General reminded those at the event that this “sad situation” was brought to the attention of the PPP/C, and since taking office, the Government prioritised distributing land titles to citizens.

“This Certificate of Title is a document of great legal and commercial value. Legal because it certifies you in law as the owner of that property and nobody can take it away from you unless you have acquired it by fraud. It is that protection that you pass on to generations.

“It is this title that you can take to commercial banks and lodge as a collateral to borrow money to build or to send your children to acquire higher education or whatever endeavours you wish to pursue.”

Meanwhile, Minister Rodrigues said the housing sector has always been an important pillar of the PPP/C Government and the economy. She also highlighted the importance of regularisation and titling of lands, which she says is just as critical as home ownership.

Sometimes we only look at the bigger picture, the macro picture. But sometimes it is these little community issues that only needed someone to take a moment to look at, to see the importance of delivering this to 45 families that would make the world of difference to them, and that would significantly improve their lives.”

DPI spoke to a few of the beneficiaries, who all expressed how elated they were to have finally been given their certificates.

Puran Ramnarine shared that he had been waiting over five years to receive his land title in the Non Pariel Village. He spoke of some of the challenges he faced prior to him obtaining his land title.

“I had difficulties acquiring funding to build my home. I had been saving, but savings not do much. One of the first things that I am going to do now that I have collected my title is to acquire funding to complete construction on my home.”

Retiree, Karen Narine, related that she has been waiting for over seven years. Like Ramnarine, she countered challenges in getting a bank loan to finish her home.

“I had to run around a lot and eventually I had to complete my house in phases, but nonetheless, I am thankful that I have obtained my title,” she said.

Notably, the Attorney General is conducting land titling exercises across Regions Five and Six. Just in July, he and a team from the Lands Registry visited several West Coast Berbice villages and committed to delivering their land titles.

Thu Oct 7 , 2021
Support Village Voice News With a Donation of Your Choice. …Minister Bharrat says expect transparency in the sector and benefits for Guyanese With a new discovery at the Cataback-1 well, Stabroek Block offshore Guyana, ExxonMobil has increased its estimate of the discovered recoverable resource for the Block to approximately 10 billion oil-equivalent barrels. In a statement on Thursday, the Company […] 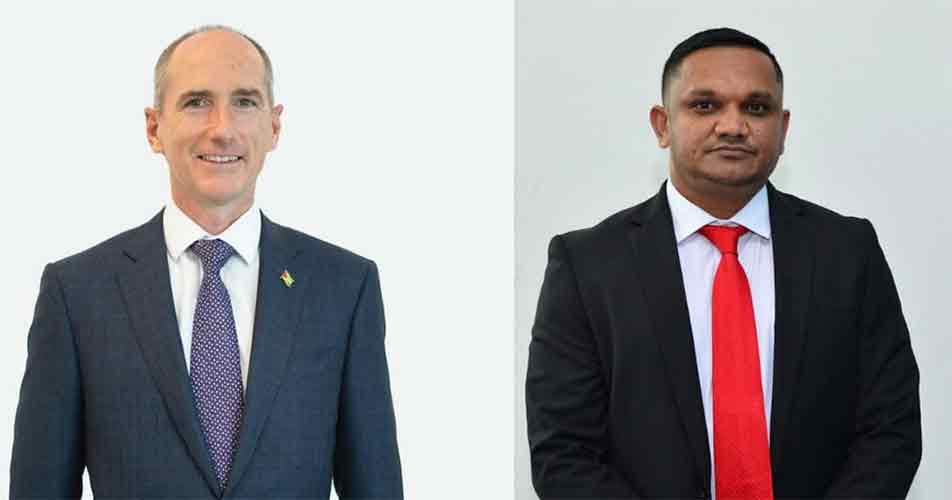