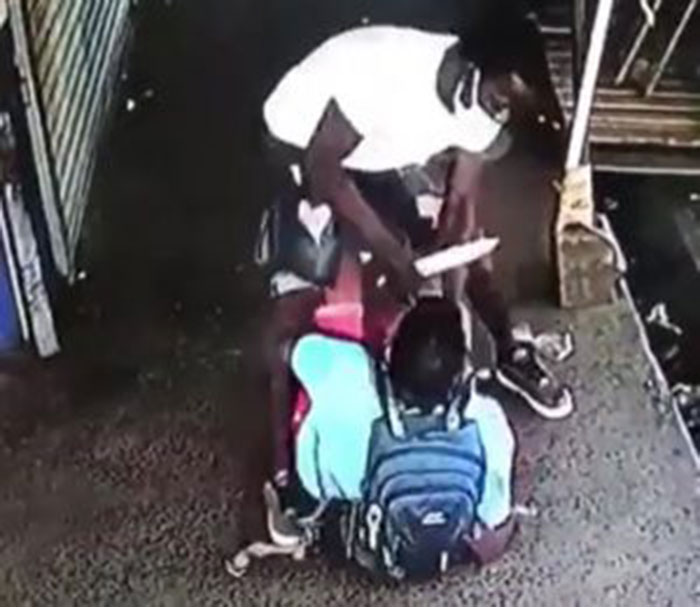 Though the number could be higher, collectively for the months of August and September, 79 percent of the robberies reported by the Guyana Police Force (GPF) were conducted by males in possession of handguns.

With the recent killing of South Ruimveldt man, 19-year-old Joshua Denny, members of the public have begun to decry a rise in armed robberies which, in some cases, results in the senseless loss of life.

Denny was shot twice during the robbery which saw him being relieved of his gold chain. However, the police are still conducting investigations about whether robbery was the sole motivation. One relative of Denny complained: “Every minute somebody dead in some robbery and what [are] the authorities doing? Nothing! They ain’t doing nothing!”

Gathering information, the Village Voice News has learnt that for several of the robberies over the two months, the getaway vehicle was a motorcycle.

Several robberies also targeted taxi drivers who were relieved of their vehicles. In some cases, the robberies were conducted by as many as four to six persons with two or more handguns. There was only one reported case in September, of a woman being actively involved in a robbery. Meanwhile, in some cases for September, policemen were also robbed.

The Village Voice News has chosen to highlight a few notable robberies which occurred his month. On September 2, four men — one armed with a handgun — robbed a 25-year-old female of Plaisance, ECD of her cellular phone, cash and valuable documents. The robbers rode motorcycles and wore black face masks.

Then, on September 4, a male police sergeant was similarly robbed on Vryheid’s Lust Public Road, ECD by four males who were on two motorcycles. During the confrontation, he received a lash to his head with a gun while the men robbed him of his cellphone and gold wedding band.

The next day, at Kaikan Street, North Ruimveldt, two males with a gun robbed a 28-year-old male taxi driver of his 1.8M car, cell phone and cash.

At an ital shop at Annandale Railway Embankment, ECD, five Buxtonians were robbed on September 7 of their jewellery, phones and cash by 6 men armed with handguns and one unarmed female. They all escaped on motorcycles.

Then, at Lamaha Park, North Ruimveldt, Georgetown on September 13, four males armed with handguns robbed a 43-year-old female of a television set, wood drill and three Samsung cellphones. The victim, who lives alone, was awakened by the perpetrators who were pointing their guns at her.

On September 18, a 49-year-old male, goldsmith from Westminster Parfaite Harmonie, WBD was robbed of iphones, tablets, laptops and jewellery by three males, one armed with a handgun and the others with knives. The victim was at home on his verandah, when the perpetrators jumped his fence and began to deal him several kicks to his face causing him injuries.

One man armed with a knife robbed a 63-year-old female shopkeeper at Industry Housing Scheme of her cash and phone card. She told police that the bandit jumped the fence and held her at knifepoint and she became fearful for her life.

At the Wisroc Housing Scheme, Linden on September 23, a man with a handgun robbed a 42-year-old female food vendor of $65,000 cash. When she initially told the bandit she didn’t have any money, he threatened to shoot her.

Another policeman was robbed on Water Street, Georgetown on September 24 by a man with a knife who took his phone, bag and uniform.

On September 27, a 34-year-old male taxi driver was robbed in Festival City, South Ruimveldt by two men, one armed with a gun and the other who choked him. They took his two cell phones and car keys.

The next day, two men riding a motorcycle and one armed with a handgun robbed a 26-year-old male labourer at Sugrim Singh Road, Ogle of his cellphone. The bandits came up behind him, pointed a handgun at him, and took away his cellphone and pushed him into a trench.

At Goed Fortuin Housing Scheme on September 30, a 42-year-old male driver was robbed of his cellphone, glasses and cash by two men who threw a bicycle at him and beat him to relieve him of the items.

That same day, a 60-year-old businessman was robbed of cash, phone cards and other items by two men armed with handguns. The robbery took place at Belvedere Village Corentyne. Still, on that day, three persons were robbed at the Chico Ramos Gas Station at Coldingen Public Road, ECD by four men all armed with handguns. About half a million in items and cash were taken.

The Village Voice News gathered some of the notable robberies which took place in August.
On August 1, three women at Simone’s Beauty Salon in Lodge, Georgetown were robbed by two identifiable males armed with handguns. The bandits rode a motorcycle and stole jewellery and cell phones.

The notable robbery of Gordon Street business place — Wallison Enterprise — of millions in cash and gold by bandits with facemasks and handguns took place on August 5. Over 66 million was carried off during the incident.

On August 8, a 37-year-old Chinese businesswoman from a Central Amelia’s Ward supermarket in Linden was robbed of $30,000 in cash and an undisclosed amount of phone cards by two males, one of which had a handgun. She was so fearful that she fled from behind the counter and further into the supermarket when the robbery took place.

In Region Six, a 64-year-old female was raped and robbed of $200,000 on August 16. That same day, at the Victoria Seawall, East Coast Demerara (ECD), a man with a handgun robbed a 60-year-old male taxi driver from Parika of his car, cell phone and cash.

On August 16, at Cove And John Public Road, ECD, a 21-year-old male taxi driver was robbed of his 1.5million car by two males armed with knives.

Another noteworthy robbery underarms and murder took place in Toroparu Backdam, Cuyuni River, which left one man dead and impacted a 38-year-old miner and his 36-year-old Venezuelan girlfriend. The items stolen included $2.7 million in raw gold, jewellery, and gold metal detectors. The four bandits wielded a handgun and three cutlasses.

At DaSilva Street, Newtown, Kitty, on August 18, five persons were robbed of an accumulation of over $2 million worth of jewellery, cash, cell phones by three males armed with handguns.

An 18-year-old vendor from Tuschen New Housing Scheme was robbed on August 20 by bicycle riding bandits with cutlasses of his cash, jewellery and cellphone. The next day, a 13-year-old student was also robbed on that day by two males on an XR motorcycle, one of which pointed a gun at the student’s head to relieve him of his phone valued at $35,000 and $500 cash.

On August 26, four persons at the Superbet at Bladen Hall, ECD were robbed by two men armed with a handgun and one dressed in army fatigues who took phones, cash, jewellery and a car. That same day, a 44-year-old female from Golden Grove, EBD was robbed of her cash, phone and important documents by three males, one armed with a gun.

Two days later, a pensioner from Huis ‘T’ Dieren Essequibo Coast was robbed of his motorcycle, cash, phone and watch by two bandits who choked him, placed a knife to his neck and beat him up.

On August 29, at Central Amelia’s Ward, Linden, a 54-year-old male contractor and 55-year-old businesswoman were robbed by an unidentifiable male armed with a handgun. The bandits took half a million worth of jewellery and cash. The next day, four Cuban nationals in the same location were robbed of their cash, jewellery and cellphones by a lone gun-wielding bandit.

Back in 2014, then Crime Chief Leslie James reported that most of the illegal firearms seized from criminals in Guyana between 2012-2014 originated from neighbouring Brazil. Though there is no current data to state whether this has continued, based on the police analysis then, Brazilian-made weapons appeared to be preferred by criminals. James said at the time that this came as no surprise, as Brazil has a substantial domestic arms industry and, with its proximity to Guyana and the porous border separating the two countries, it is difficult for law enforcers to effectively prevent the interception of guns coming through.

'It’s as if nothing ever happened'

Sun Oct 3 , 2021
Support Village Voice News With a Donation of Your Choice. …Region Nine councillors on embattled REO shooting incident … continued boycott of RDC meetings planned Several councillors on the Regional Democratic Council of Region Nine plan to continue boycotting meetings of that local government body once embattled REO Karl Singh remains on the job. Singh has been at the centre […] 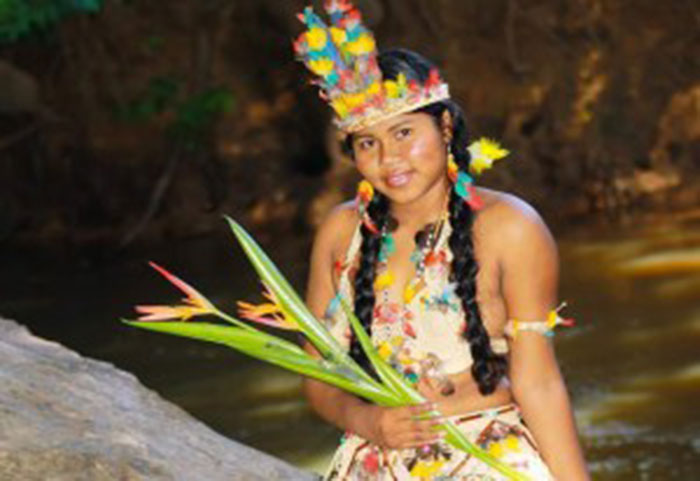