I am by nature an optimist and that optimism in spite of ominous clouds hovering over my beloved country remains intact. However, responsible citizens must continue to use the media, their religious organisations and every opportunity to speak up and so persuade certain sections of a Government that they should behave in a manner consistent with the essence of a functional, credible democracy.

Unhappily, the perception prevalent among sections of the populants that the present administration is like the proverbial bull in a china shop, and can ignore the rights of citizens, ignore our history, ignore the fact that they are superintending a polarised society where there is deep distrust – an unacceptable and dangerous state of affairs. The Government should also take cognisance of the well known lesson to be learnt about the straw that broke the camel’s back.

I compliment those who have been writing, who have been protesting and the many editorials in certain newspapers that exposed the missteps taken by this Government. Actions not likely to promote Peace, not likely to secure a consensus and certainly not likely to produce trust and compromise. Clearly inconsistent with statements about One Guyana. First, I have urged a sane and sensible Government to set aside early statements, prejudices and sit down and talk with the Opposition on Oil and Covid-19. I now add to the Agenda, Security of the State and every Citizen.

The killing of Orin Boston at Dartmouth more than two weeks ago, is a serious matter, and I get the impression that the powers that be are using every facility at their command to sweep this and other matters under the carpet. When the Special Weapon And Tactics (S.W.A.T) Unit was established, it was intended to deal with hostage taking, where weapons were involved. Second, where there was armed conflict which threatened the integrity of the state and other similar occurrences.

This is why the SWAT Unit was given special equipment and training, not available to the regular Police Force. The fact that with neither warning nor warrant, they invaded an ordinary home where a man and his wife and small children dwelt, is by itself an unacceptable and clearly inconsistent with the establishment and purpose of S.W.A.T. At the moment, I ignore the fact that no weapons, no illegal drugs, were found at Boston’s Dartmouth residence. This alone should have required the Minister of Home Affairs and the Commissioner of Police to dismiss forthwith every member of the SWAT Unit who were present.

They had no business there in the first place, or is the SWAT Unit established with much fanfare, now for hire? End of story. I did not visit Dartmouth but I would not have advised the family nor the community to end the protest. I will say no more on this matter but will await the enquiry, which cannot be set up without consulting the Opposition and genuine civil society. Not the sycophants we have parading as civil society such as the public sector commission. I earlier noted that a serious weakness by some sections of our population is their proclivity, perhaps because of their Christian upbringing, to forgive too easily and forget. I was reading poems from one of my favourite writers, Khalil Gibran, and I wondered whether some of his words written many years ago are applicable to the Co-operative Republic of Guyana. “ Pity the nation, that acclaims the bully as hero, and that deems the glittering conqueror bountiful. Pity the nation that raises not its voice save when it walks in a funeral, boasts not except among its ruins, and will rebel not save, when its neck is laid between the sword and the block.” Pity the nation that eats the bread it does not harvest. Let us continue to write, as the English author, Edward Bulwer-Lytton reminds us, “the Pen is mightier than the Sword.”

Sun Oct 3 , 2021
Support Village Voice News With a Donation of Your Choice. —govt urged to resume issuing grants through LEN Chief Executive Officer of INFO 10 Media, Public Relations and Document Centre, Vanessa Braithwaite Moore on Friday, called on the Government of Guyana to resume the issuing of small business loans through the Linden Enterprise Network (LEN). “I must take this opportunity […] 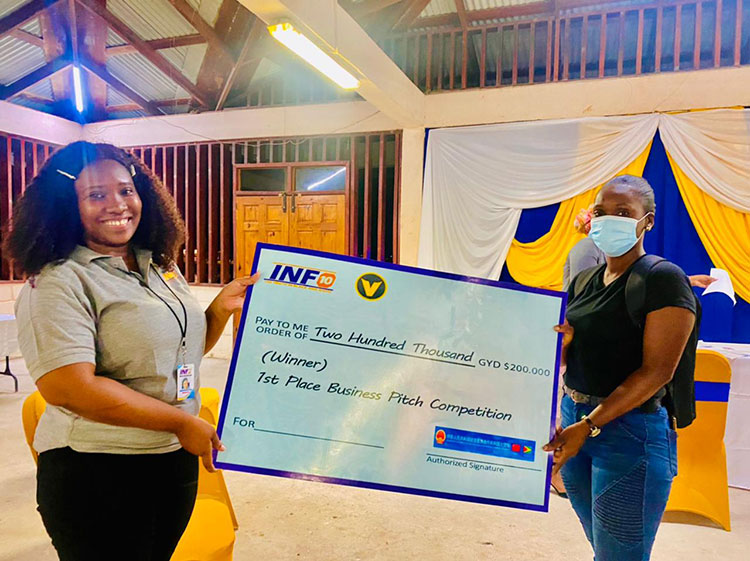