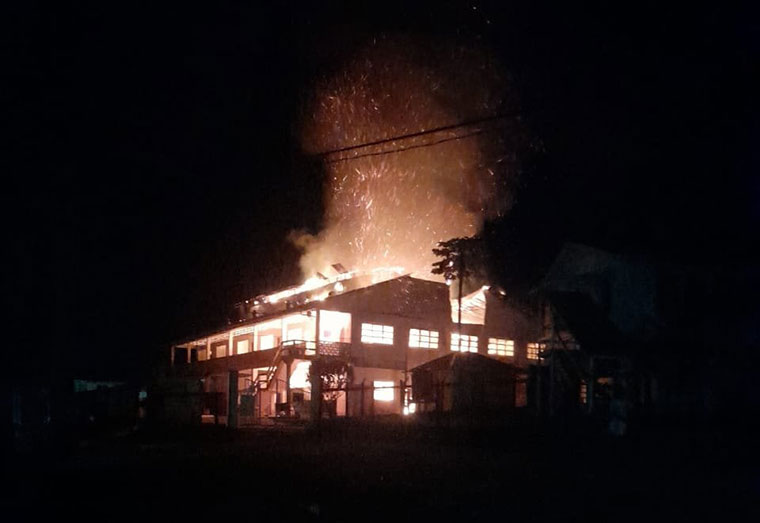 Late on Friday night, residents of the town of Mabaruma got the shock of their lives as  the North West Secondary School was gutted by fire.

According to reports within minutes, the entire building which houses the school was in flames. The fire of unknown origin was first observed around 22:00hrs and persons on the ground related that the fire was contained sometime after 1 am on Saturday, however by then the entire building was burnt. No injuries were reported.

The intense heat prevented persons from venturing near to the burning building and around 12 am, the fire began to subside. A team of residents responded to the fire and the men were able to contain the blaze to the building which houses the school. In addition to the school, there is a dormitory facility for students at the compound who travel to the area  from far-flung areas within the Mabaruma region.

The secondary school produced many professionals as it is seen as the more senior education facility in the sub-region. On Friday night, many past students looked on in total disbelief as the fire raged.

In 2019,  a  facility which was expected to house personnel and equipment from the Guyana Fire Service was built in Mabaruma. However, it was never operationalised. Instead, the building was being used to house COVID-19 patients.

As the fire raged on Friday night , residents called for the  fire department to be operationalised as Mabaruma, which was declared a township in 2016, is also the seat of government in Region One and houses the main administrative facilities of the North West District.

Sat Sep 25 , 2021
Support Village Voice News With a Donation of Your Choice. The restoration of Guyana’s historic City Hall, which was designed by architect, Reverend Ignatius Scoles in 1887, is set to be completed in March 2023. On Friday a $780 million contract was signed and awarded to Fidis Guyana Incorporated for the project. The simple signing ceremony was held on the […] 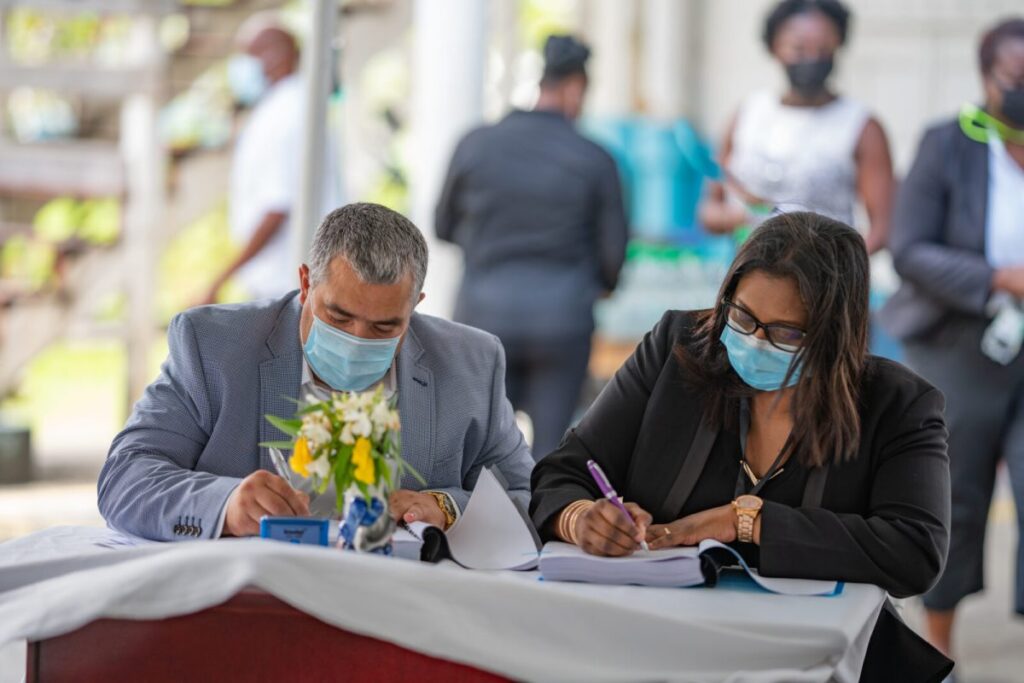