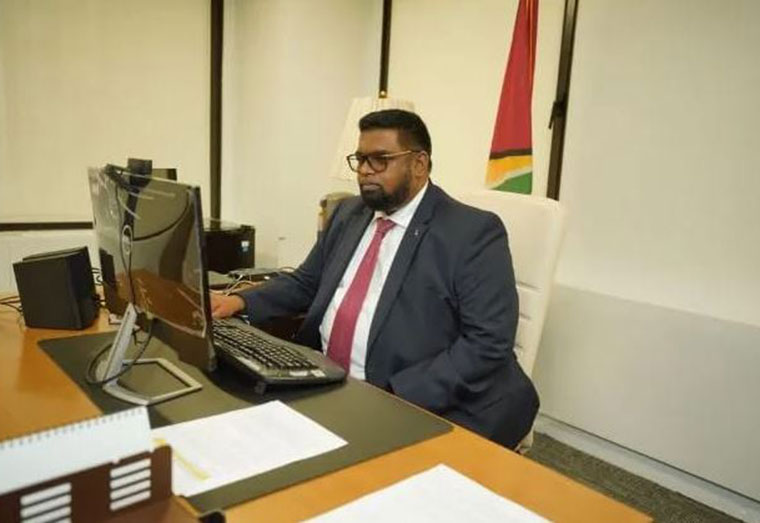 President Irfaan Ali has called for a renewed global effort in the fight against climate change to meet the goal of the Paris Agreement.

The Head of State also told the Alliance of Small Island States (AOSIS) Leaders’ Summit which took place on margins of the High-Level Segment of the 76th Session of the United Nations General Assembly that Guyana supports the declaration that was adopted by the meeting.

President Ali stressed that Guyana would continue to constructively support the efforts of the AOSIS in promoting solutions ahead of the Conference of Parties (COP) 26 of the United Nations Framework Convention on Climate Change (UNFCCC) that will be held late next month and urge that “the world must work together to scale-up efforts to adapt and mitigate the impacts of climate change to meet the goal of the Paris Agreement in limiting global warming to 1.5 degrees Celsius”.

The President also said that the world must continue to call on “big emitters” to commit deeper cuts in their emissions than what exists in their current Nationally Determined Contributions (NDCs).

He added that an urgent response must be made to provide financing for mitigation and adaptation and to align financial flows with low greenhouse gas emissions pathways, climate-resilient development and efforts to decarbonise economies.

“We believe that a coordinated and nuanced approach at the international level is necessary in considering forms of financing such as grants, based on a country’s vulnerabilities.”

The President also said that there is a need for developed countries to honour their pledge of US$100B annually under the Paris Agreement and to commit to unlocking simplified and direct access to concessional finance for climate-vulnerable economies through the use of a Multidimensional Vulnerability Index (MVI).

He also urged that COP26 initiate a road map for a new collective global finance goal using US$100B as a baseline, and enact comprehensive strategies to increase financial resources for disaster risk reduction while making necessary investments to reduce hazard exposure and vulnerability to disasters.

The Guyanese President implored the high-level meeting to work together to ensure that AOSIS continues to offer advocacy and solutions to many of the challenges that are faced by Small Island Developing States (SIDS) and Low-Lying Coastal Developing States.

“In this regard, my delegation supports the Declaration being adopted at this meeting.  This document establishes clear directions for the continuity in the work of the ‘Alliance’. Let us strengthen our advocacy on traditional as well as emerging areas of interest, including accelerating the implementation of international frameworks and instruments, targeted to our specific needs and vulnerabilities.”

Notwithstanding some progress, the President said that the affected nations continue to face challenges in the implementation of the SAMOA Pathway, the 2030 Agenda for Sustainable Development, the Paris Agreement and the Sendai Framework, among other frameworks.

He explained that insufficient attention is being paid to the inherent vulnerabilities of these affected nations.

“The Alliance of Small Island States is familiar with the limitations of the use of GDP per capita to govern development financing decisions, especially in relation to SIDS, which are now classified as upper-middle-income countries, even though they have not yet developed levels of resilience that would negate their vulnerabilities.”

The Guyanese President also used the opportunity to thank the Chairman of CARICOM, Prime Minister of Antigua and Barbuda, His Excellency Gaston Browne for convening the Leaders’ Summit “at this pivotal moment in the Decade of Action” to deliver on the Sustainable Development Goals (SDGs) as COP26 approaches.

“We applaud your steadfast leadership in promoting the interests of Small Island Developing States (SIDS), particularly in the COVID- 19 pandemic response and in preparation for the post-COVID-19 era.” ( DPI)

Cane cutter dies after run over by excavator

Thu Sep 23 , 2021
Support Village Voice News With a Donation of Your Choice. A cane cutter operating at Uitvlugt, West Coast Demerara was crushed by an excavator on Wednesday. Dead is Deochand Lallchand 62, of Patentia, West Bank Demerara. Police in a statement said that enquiries disclosed that the cane harvester was in the estate backdam picking up bundle of  cane a short […] 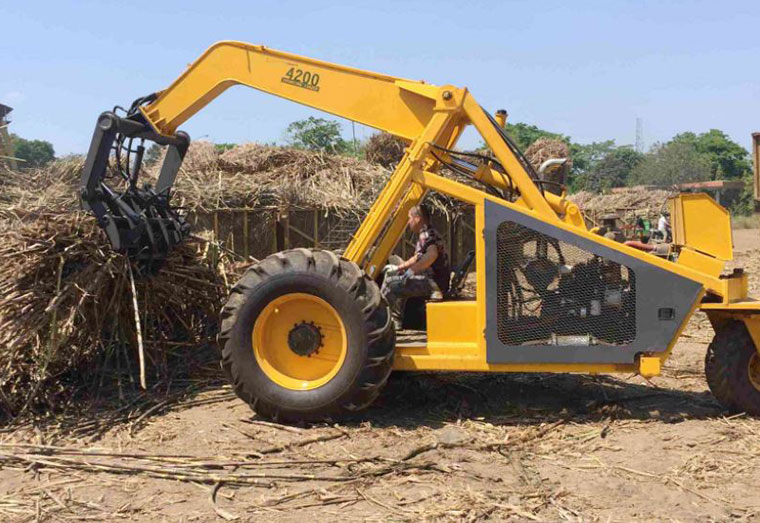