When Richard Skerrit won the presidency of the West Indies Cricket Board over a year ago, there was a sense of optimism that West Indies cricket had entered a new era. The acrimonious presidency of Dave Cameron had brought our cricket to its knees. The woes are too much to enumerate in this column. But suffice to say that from inside to beyond the boundary, there was a huge sigh of relief across the region and beyond.

In many respects things have changed; that cannot be denied. The relationship between the board and the players have improved as can be gleaned from the return to the fold of the T20 stars. There is definitely more order to the organization of the game in the region. A general sense of direction has returned, and one gets the feeling that the fans are now more tuned in to the team than before. The players also seem more eager to play for the region.

But now cricket lovers are again at odds with the selectors over the team chosen for the T20 World Cup. This pattern of bizarre selection, however had started long before now and this is happening even while the performance of the team continues to be inconsistent. The change of captaincy across formats have not yielded the expected results largely because at the end of the day leadership alone cannot do what is required to lift West Indies cricket from the doldrums. Similarly, the return of the T20 stars has not drastically improved the output of the team or the overall outcomes. At the end of the day, there is a qualitative difference between club (franchise) cricket and international cricket.

If one were to look at the performances of the team this year, from the Sri Lanka tour to the just concluded Australian tour, there are some worrying signs. One such worry is team selection. The Roger Harper-led panel has been found wanting—it has dropped the ball. There is no clear policy as far as team selection is concerned—something that has affected the outcomes. The panel has been making a fundamental mistake—it has failed to select the best squads on any given day. If the goal is to win and all your players are available, you must field you best squad. Also the selectors have not fitted players where they are best suited—players who are better suited to the shorter versions form the core of the longer version.

When the second-string team unexpectedly whipped Bangladesh in their backyard, that performance lifted the spirits of all West Indians. It was a remarkable performance that opened the door to a new optimism. We could not have asked for a better shot in the arm. But a lack of courage and vision on the part of selectors led to a squandering of the opportunity. The selectors opted for rewarding the payers in that second-string squad rather than building on the moment. The outcome is that we have not fielded our best test team and have been unable to win a test match since then.

If you are playing your best test squad, there is no way you can justify playing Campbell, Blackwood, Bonner and Meyers ahead of Darren Bravo, Shimron Hetmyer and Shai Hope who are the three best batsmen in the region. The failure to entrench these three batsmen in their rightful places on the test team has dented their confidence—a situation that has affected their performances when given opportunities in the other formats. Blackwood and Meyers are more suited to the shorter versions of the game and should definitely be in those squads rather than in the test squad.

Bravo is out of sorts. How can you justify picking him for a T20 game (and batting him at Number eight) while leaving him out of the test squad? He is still our best Test batsman and should be given the opportunity to lead our batting in that format. Roger Harper, one of the most astute captains of his time, certainly knows better. When it comes to Hetmyer, the selectors are messing up that young man. They claim that he is the region’s best batting talent, yet their selection policy puts pressure on him to play for his place in the team rather than to play for his country. He is the West Indies best all-format player and should be given the freedom to develop. If and when he overcomes his youthful indiscretions, the team and the region will benefit. T20 cricket is not the format in which you want to judge and develop your best talent. Hetmyer must be assured his place in the 50-overs and test teams.

The selectors are doing the same thing to Alzari Joseph. Rather than giving him the opportunity to lead the fast-bowling attack, they continue to marginalize him while favoring Gabriel, who clearly is not up to the rigors of Test Cricket. Recently they ridiculously dropped Joseph for young Jayden Seales, who though talented is not yet ready for the big league. If they want to persist with Gabriel, they should slot him in the shorter version where is workload would be less. The ball is squarely in the selectors’ court. Farewell, Rawle Branker. The old-timers from the 1960s and 70s remember a formidable player who would have played for the West Indies in any other era.

No place for Gayle; 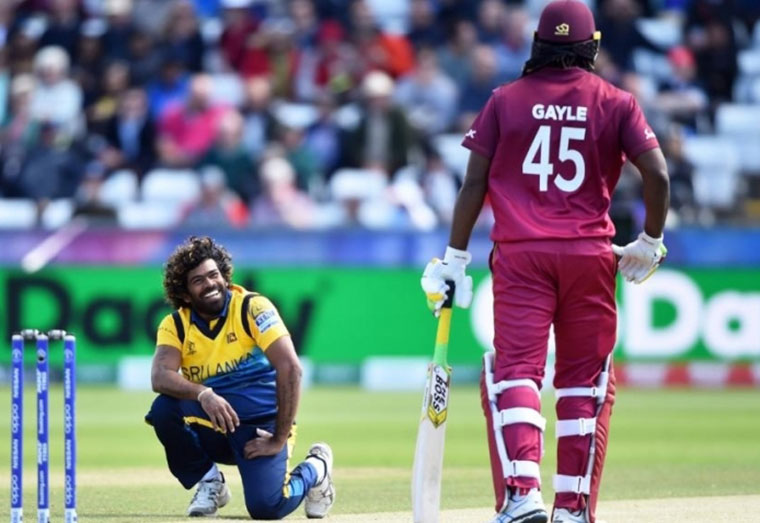